Sadly, none of these modern day meditation labyrinths features David Bowie as a goblin king. But you know what else they don't feature? Wrong turns. That's right, these aren't mazes, so there are no dead ends. Just walk as serenely as you can from one end out, and then wind your way through our larger urban labyrinth to the next one of these contemplative spots. They're a great way to slow down, they're in beautiful places, and there are lots of them! In fact, this is just a highlights list, not an exhaustive one. Enjoy!


Lands End Labyrinth a.k.a. Eagle Point Labyrinth
Though this labyrinth looks like it might have been carved by gentle tides, it was in fact created by Eduardo Aguilera in 2004. It's currently maintained by Colleen Yerg, the Chronicle reports. Getting here isn't hard: If you park at the Lands End parking lot (behind the Cliff House at Point Lobos Avenue and 48th Avenue) begin by walking east on the Coastal Trail. Take the trail toward Mile Rock Beach, walk down the steps, and where they turn a hard left, keep on the trail going straight. 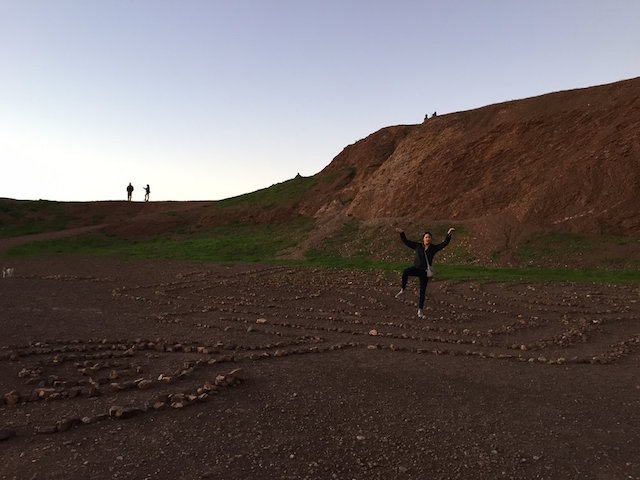 
It turns out the locally respected labyrinth in Bernal Heights is the brainchild of a man accused of stalking a woman, according to authorities... Self-proclaimed artist Cesar Lopez, 34, of San Francisco is charged with one felony count of stalking in connection with a December incident in which he allegedly invited a woman to the labyrinth on Bernal Heights Boulevard in order to conduct a 'cleansing ceremony.'

Certainly unsettling. But instead, the much nicer sounding Lars Howlett claims to Bernalwood that he built the labyrinth.


I created it on May 10th, 2008, first as a three circuit classical design. I call it the Orphan Labyrinth because I soon moved away from San Francisco and ever since it has taken on a life of its own! I found a scattered circle of rocks near the overlook at Bernal Heights where I was taking pictures. In half an hour I arranged a simple labyrinth and climbed up to photograph the first person to encounter it. I left for the summer and moved that fall to Half Moon Bay. A year later I returned and was surprised to find the path had grown twice its size!

Potrero del Sol Labyrinth
This concrete combination labyrinth and greek-style amphitheater dates to somewhere around 2006 when a fundraiser helped launch the beautification project. 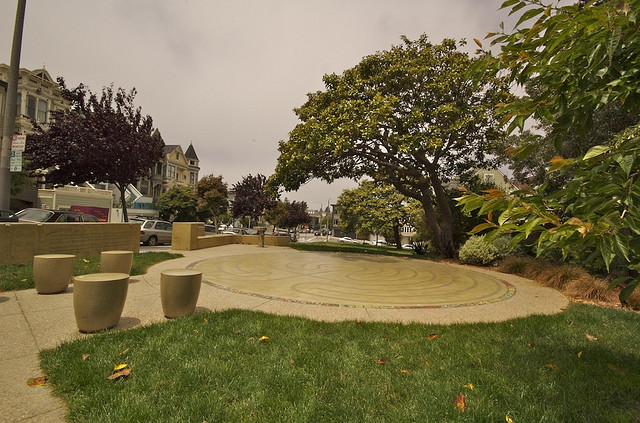 Duboce Park Labyrinth a.k.a Scott Street Labyrinth
The reward of a Duboce Park beautification project in 2007, the Scott Street labyrinth is lit at night, which is a fun plus. Also, I'm told the labyrinth replaced a not-too-great playground. 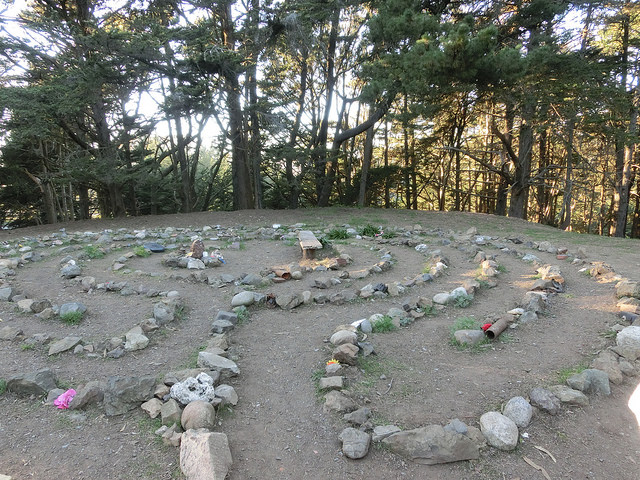 McLaren Park Labyrinth
You'll find the spiral labyrinth of McLaren Park, possibly another work by the artist Eduardo Aguilera, at the highest point of that park. Go to the large dog-run area, which should be north of Mansell Avenue and in the middle of the loop of John F. Shelley Drive. From there go uphill, and enjoy the secluded spot and bench. 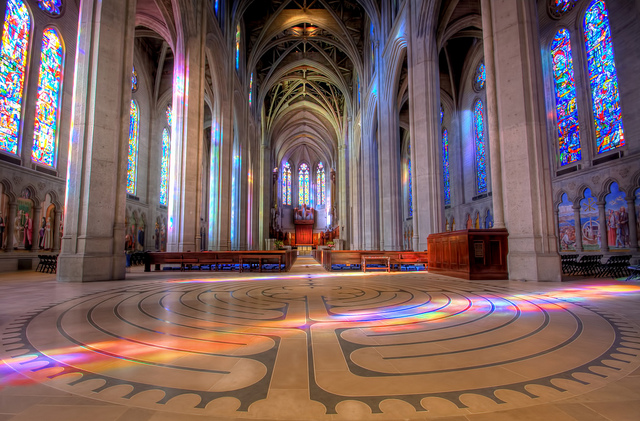 Grace Cathedral (Indoor) Labyrinth
The stunning indoor labyrinth at the Cathedral is open when the building is. That's normally 8 a.m. to 6 p.m. Monday through Saturday and 8 a.m. to 7 p.m. on Sunday, when no special events or services are being held. One Friday evening each month (usually the second Friday), the folks at the Cathedral invite you to walk the labyrinth by candlelight, accompanied by music. You can learn more about that here. 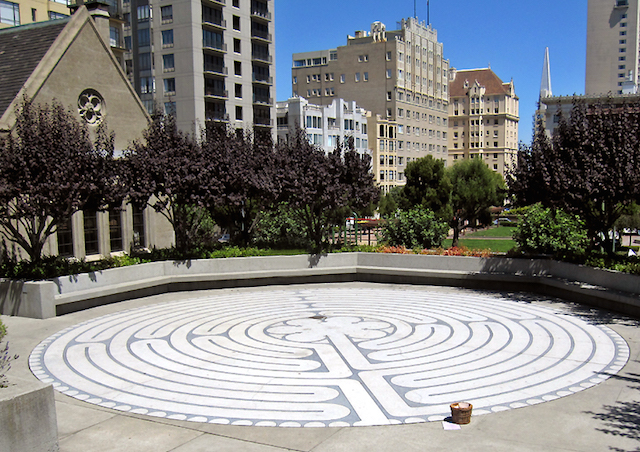 Grace Cathedral (Outdoor) Labyrinth
To the north of the Taylor Street doors, unlike its sibling this labyrinth is always open. The two are each said to be based on the famous medieval labyrinth of Cathédrale Notre-Dame de Chartres.

Related: The 9 Best Outdoor Getaways In And Around The Bay Area

Earlier we mentioned that former Bourbon & Branch guys Justin Lew and Ian Scalzo were going to be doing something they've done in the past  take over a bar, and while taking some

Ever the friends of the LGBT community, Apple has made sure that Siri delivers some proper sass when asked questions about Bruce Jenner. In fact, if you ask anything about Caitlyn Jenner's former

—
Get Lost In These Seven Amazing SF Labyrinths
Share this