We almost had some summer there, right? Assuming it will be warm again in SF, someday, we bring you this concise list of some of the best in frozen cocktails, both out of a machine and otherwise, that you can find around town. This not being such a hot-weather place, you kind of have to search these out, after all.


The Zombie at Smuggler's Cove
There are a lot of drinks served over crushed ice at Smuggler's Cove, including their proper piña colada, which could belong on this list. But how about one of the strongest and most classic Tiki drinks, the Zombie, made with three different rums, falernum, absinthe (or Pernod), grapefruit, lime, grenadine, and cinnamon syrup. It's one of the shining examples of how Smuggler's Cove does Tiki perfectly right, and never too sweet, and on a freezing cold summer evening in San Francisco you can hide away in there, sip on a Zombie, and pretend you're in Waikiki in 1955. Just don't drink more than two.  Jay Barmann
650 Gough Street at McAllister 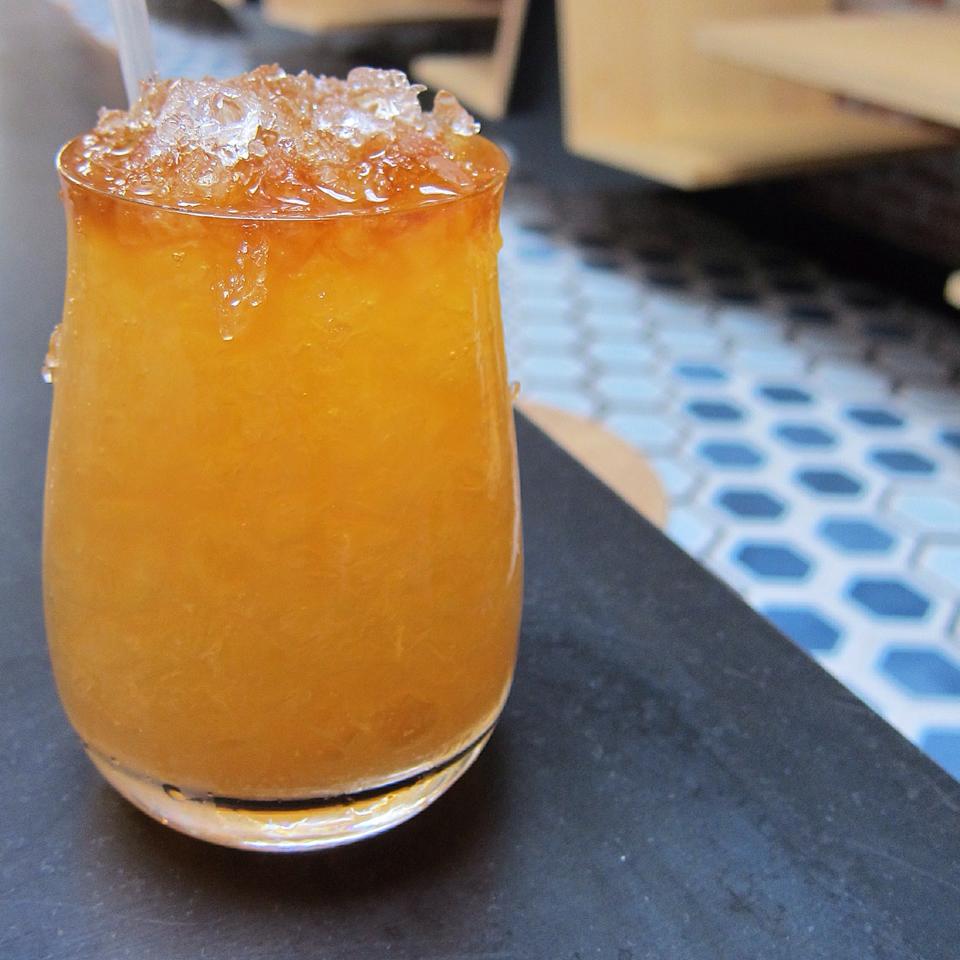 The Skipper at Liholiho Yacht Club
This sorta Nopa spinoff that's sorta Hawaiian delivered on lots of anticipation in January. But what's the best way to wash down sometimes salty, always tasty items like beef tongue steam buns? A broad selection of tropical drinks, a favorite thereof being the frozen Skipper. That's Rhum Barbancourt 8yr, Skipper Rum, Lazzaroni Amaretto, pineapple and lemon. It's as tart and boozy as it looks. Caleb Pershan
871 Sutter Street between Jones and Leavenworth 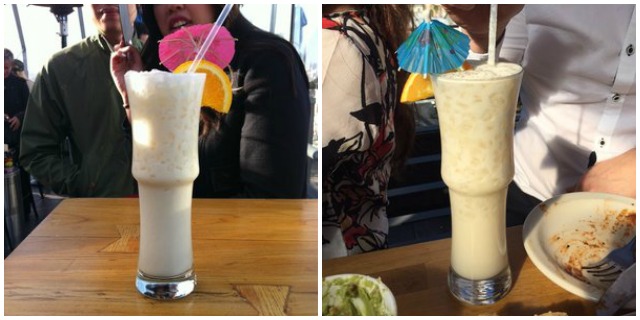 El Techo de Lolinda's Piña Colada
Before I met my husband, I turned my nose up at piña coladas in favor of what I imagined to be more "grown-up" or "sophisticated" fare. On our second date, he ordered a piña. When I snickered, he looked at me and called me a "too-cool poser," because "piña coladas are fucking good." That ability to cut through bullshit and see truth is why I married that weirdo — and piña coladas are fucking good! My favorite is at El Techo — it's got roots in the same classic blender drink you pay too much to have delivered poolside in Vegas, but a trio of "aged rums" replaces the usual crap rum you find in these types of drinks, their coconut cream is cut with coconut milk to make the drink a little bit lighter, and the pineapple juice is more of a whisper than its typical shout. And you get to drink in a lovely rooftop setting! -- Eve Batey
2518 Mission Street between 21st and 22nd Streets 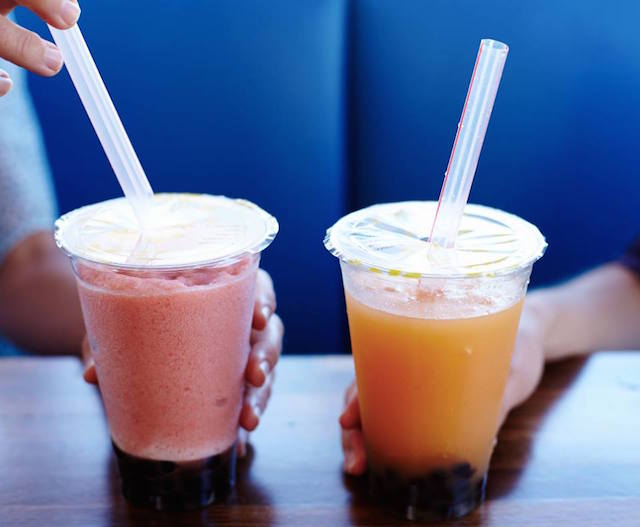 The Boba Slushie at Chino
Because I'm a child with a valid ID, my favorite thing about Chino, the Tacolicious take on dumplings and asian fare, is getting an order of the fish saucey, super baller fried chicken wings and a boba slushie. Those come in a variety of punny flavors like the Boba Fett, two at a time, usually one with vodka and one with rum. Yep, right out of a machine with warm tapioca balls at the bottom for contrast. Plus they've got the classic plastic seal on top and those big ol' straws for slurpability. Thanks go out bartender Danny Louie for these wonders. —Caleb Pershan
3198 16th Street at Guerrero Street 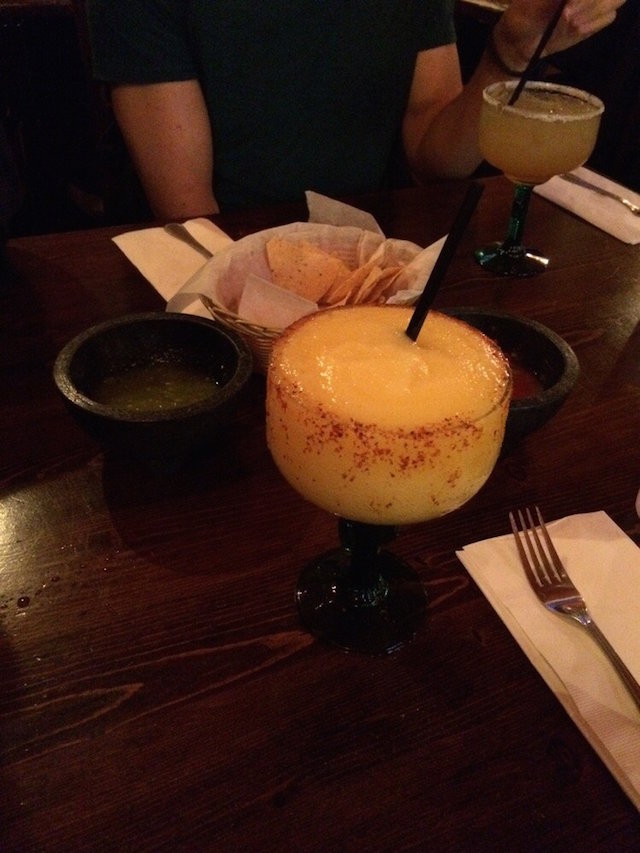 The Mango Margarita at La Rondalla
Once a haven of late-night vomiting and bad decisions, La Rondalla is now the kind of place where parents like to have their children's birthday parties so they can get super loaded and watch the Giants game in the background. The food's solid, but the drinks are the focus for most, and they're still served in massive goblets. If you're not trying to drink a tankard of Michelada or the literal shrimp cocktail chavela, go for a frozen margarita. The mango one, when in season, is creamy and a meal unto itself. Get tacos too though, especially if you drink more than one. —Caleb Pershan
901 Valencia Street between Liberty Street and 20th Street 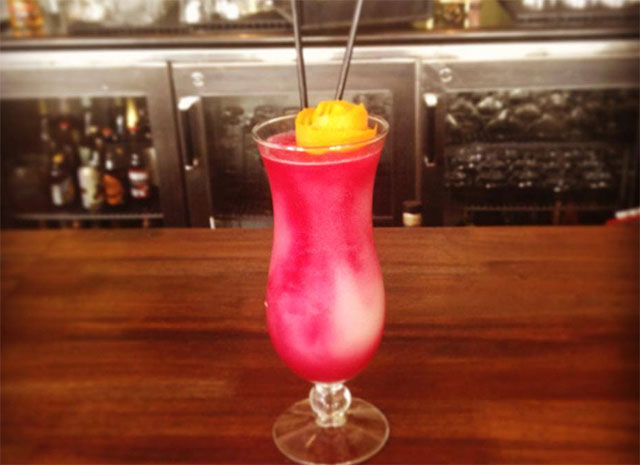 The Palm House Slushy
The Marina's newest tropical-drinks spot, Palm House, does a piña colada and a five-spice Dark and Stormy, but you have to try the adult beverage that comes out of their slushy machine. It's a daiquiri, with white and spiced rum, lime juice, and your choice of passion fruit, prickly pear, or strawberry, and because it's the Marina you can opt for an extra float of Kraken for $3.  Jay Barmann
2032 Union Street 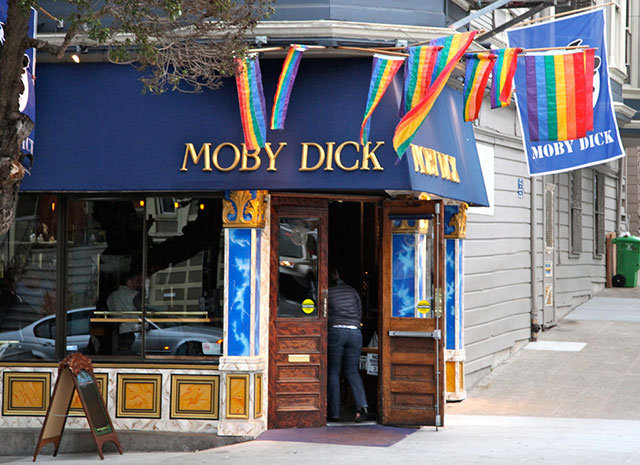 Frozen Margaritas at Moby Dick
One of the Castro's go-to spots for a frozen margarita in a mug  priced two-for-one on certain weeknights  is Moby Dick, complete with its big saltwater fish tank over the bar, friendly staff, pool table, and pinball. There's also a steady stream of music videos on the monitors which can help while away the time, and the frozen margs are stiff and not overly sweet, in keeping with the Castro's tradition of over-pouring pretty much every drink. And, if you get bored, you can stumble across the street to get some very similar frozen margaritas at The Mix.  Jay Barmann
4049 18th Street at Hartford The Skipper. Photo: Liholiho Yacht Club via Flickr

A couple of subtle changes are coming to the graphic icons for Friend Requests and Groups on Facebook at the hands of in-house designer Caitlin Winner. As Winner discussed on Medium, she got

The first iteration of a non-essential device is selling poorly according to a new report. Drawing on numbers crunched by Palo Alto-based email receipt tracker Slice Intelligence, Business Insider puts sales of the

—
The Seven Best Frozen Cocktails In SF
Share this