At least two dead sea lions, including one large adult, and one large dolphin, washed ashore today along Ocean Beach and there may be more to come.

A tipster sent in these photos showing a removal effort by National Parks Service lifeguards in the case of the large dolphin, which was big enough that it was hanging out the back of the crew's truck. 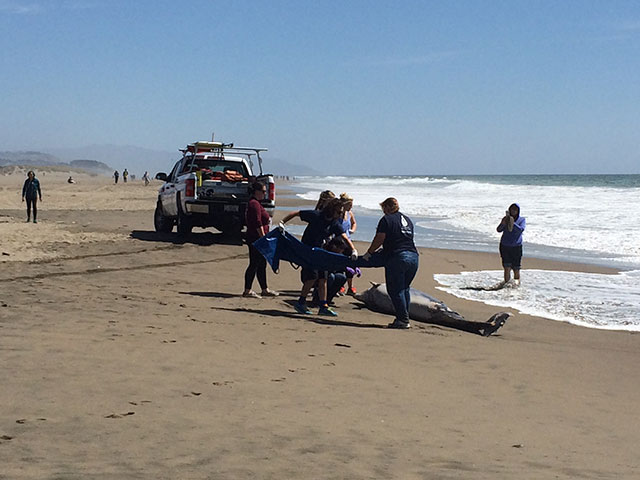 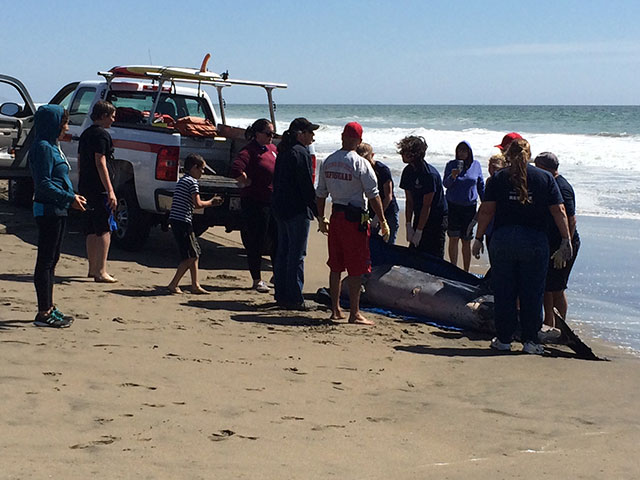 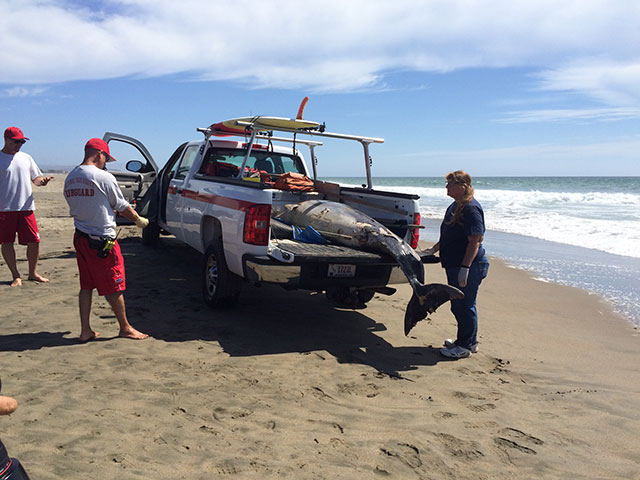 The large sea lion washed up further down the beach, and was being mostly ignored by a group of fishermen there. There was also a smaller animal that appeared to be a sea lion pup.

It's unclear just yet if this could part of a larger beaching, or part of a recent pattern, but a report arrived just this morning via Bay City News that ocean temperatures both along the San Francisco coast, down the Peninsula, and in Monterey Bay are about five degrees above normal for this time of year. In Monterey Bay, a buoy that typically would read 58 degrees in early July just hit 64.

Warmer temperatures lead to die-offs and relocations of schools of small plankton and other fish that are a food source for the mammals, and more beachings due to starvation are expected.

The higher ocean temperatures are attributed to a huge mass of warm water in the Pacific, referred to by experts just as a "blob" because it lacks precedent, and some say this could be a precursor of a significant El Nino season and could also be exacerbating our drought.

Last year, a record temperature off our coast was set on July 23, and that was 68 degrees, and this has meteorologists and ocean experts wondering if we might not see another record this month of 70 degrees or higher.

Today's beachings follow multiple cases of dead whales appearing on our coast over the last couple of months. 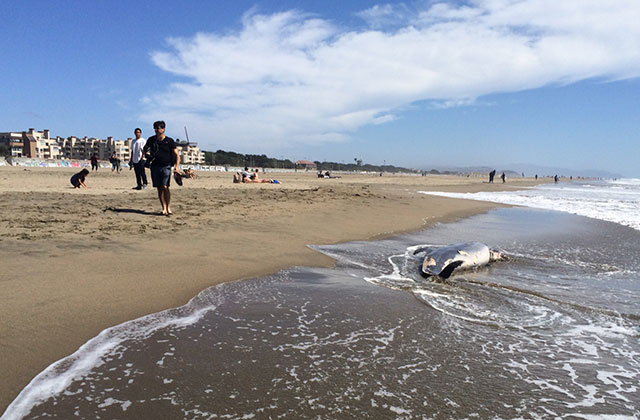 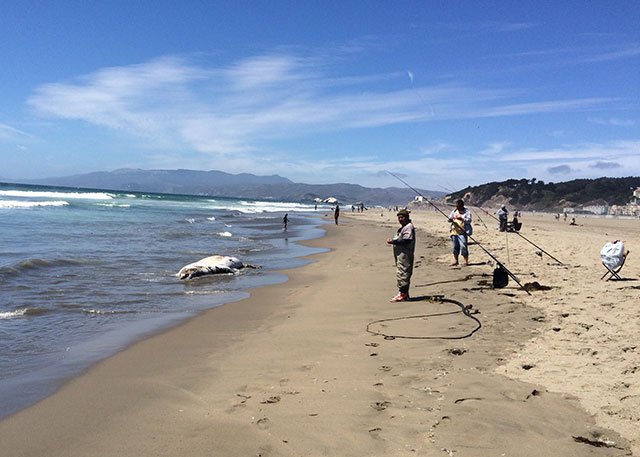 Update: CBS 5, inspired by SFist, went to Ocean Beach and got this sunset footage of the largest of the three dead mammals, which they say is an elephant seal. It appears not to have been removed yet. There's still not explanation for the three beachings.

Previously: Yet Another Dead Whale Washes Up In Northern California

One Rincon Hill's north tower isn't just an apartment building. It's a record-setting apartment building lifestyle. Its height? Nearly incomparable in the Bay Area. Its beauty? Unparalleled. Its glory? Unfathomable. To put a

A quick update in the wine theft case that rocked the food world back in December: As mustache twins Matier & Ross report, the thieves responsible, and the wealthy wine collector in North