This is what it's come to for under $1000, everyone. Someone has "newly remodeled" these two "rooms," which do not appear to have separate entry doors but do have separate bathrooms, and they are hoping you'd like to live there with a minimum amount of stuff, or dignity, for $995 a month.

The photos are confusing enough, with all kinds of doors at seemingly every end of the bland, carpeted, basically windowless spaces, that I'm not sure which room looks like what. But there are two rooms. And, naturally, "No kitchen access." So yes, once again and for the hundredth time, this is not legal. 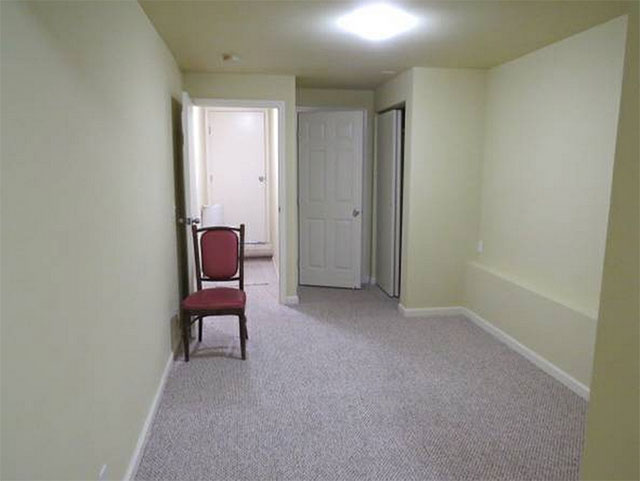 I'm pretty sure this was someone's basement, or garage, and it's been pretty awkwardly divided into these two rooms and covered in carpet. I'm curious, though, why this owner wouldn't have wanted to make potentially more than $2000 a month by turning this into a single unit with a kitchen. Because it seems like that would have been smarter. Perhaps they didn't have the capital for that, despite the fact that it would more than pay for itself in a couple of months. Just saying.

And this is one of the bathrooms, with nothing in it but a sad, already used hand towel and a bar of Irish Spring. 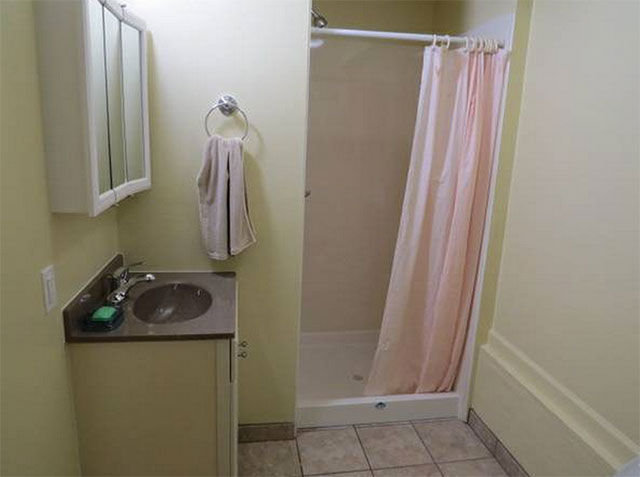 This is the other bathroom, which has a bathtub, but is still the same price as the one with just the shower. So, kind of a deal? Again: free bar of Irish Spring. 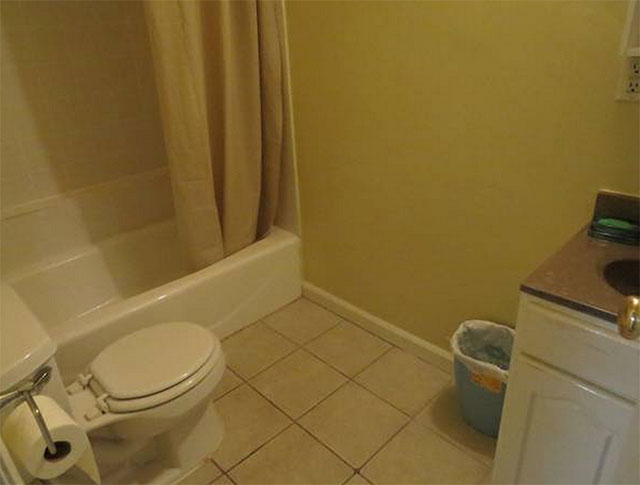 And isn't that weird baseboard situation indicative of this being a basement? Like, that's the foundation they covered up? And I don't even want to know what's behind the brown curtain, and they obviously don't want me to know either. 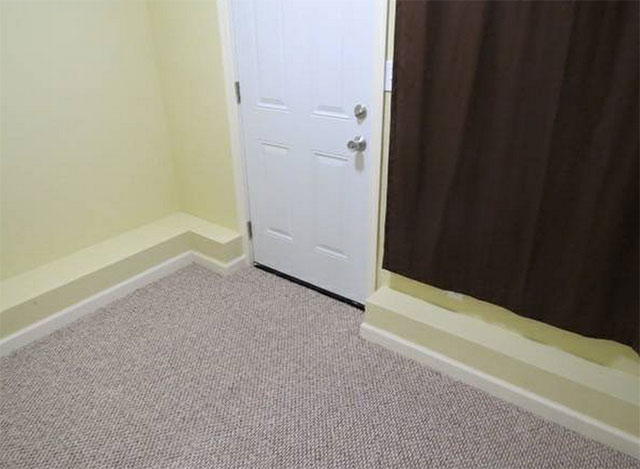 This is the kicker for me in this ad  there is so little with which to sell these awful beige dungeons, they've included a lovely photo of the dirt pit you'll be allowed to play in out back. Should you need some Vitamin D, that is. 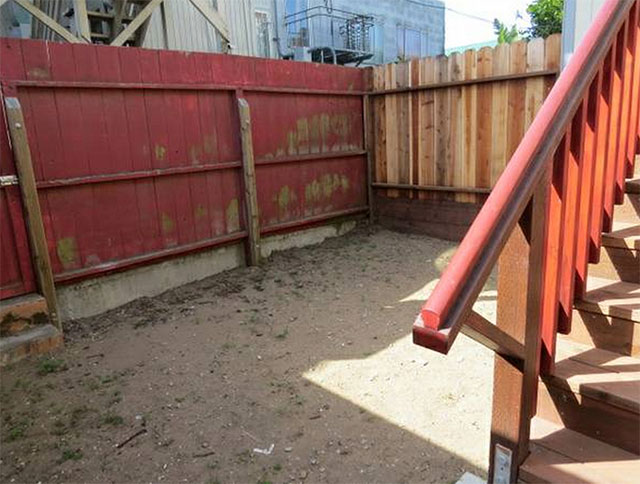 Ah, the amenities! It's referred to as a "small yard," and yes, poor soul, it's included in the price! Think of the selfies you can take back there to post on Facebook and make everyone jealous. You have made it in San Francisco after all, living on your own, in your very own, fluorescent-lit, carpeted box without a kitchen or even a hint of charm.

Even though the exact address is not given, the ad definitely makes it sound like you'll be walking on eggshells forever with a cranky neighbor upstairs who's never had anyone living in this basement. It says, "DO NOT DISTURB TENANTS IN THE UPPER UNIT."

Oh, and, generously, utilities are included in the price. And though you'll be living way the hell out by Alemany and Geneva, there is "shopping" nearby, as well as the Balboa Park BART station. The Muni T line is listed as nearby, but that turns out to be a complete lie. This is nowhere near the T. It's like a 30-block walk through the projects. There is also no mention of laundry, anywhere. 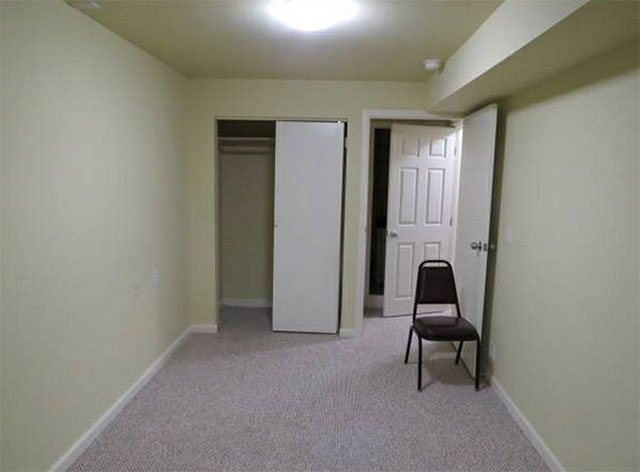 This is the stuff dreams are made of, kids. I'm not even sure there are wall outlets enough for a microwave, or, say, a lamp that casts light that won't make you want to kill yourself. Maybe you can just plug everything into the same power strip and eventually burn the whole place to the ground. It's either that or live on in the knowledge that, after you move out into something sunnier but equally kitchen-free, some other unfortunate like yourself will have to live here. And that just doesn't feel right.

Much like local musician Kelly Niland did earlier this year with the LCD Soundsystem riff "Mission I Love You, But You're Bringing Me Down," local singer Sony Holland brings us this rockabilly-ish original

The first trailer for Boulevard, Robin Williams’ final onscreen performance, is here to brighten and darken your day all at once. Directed by Dito Montiel (A Guide to Recognizing Your Saints), Boulevard stars

—
Apartment Sadness: Someone In The Excelsior Carpeted Their Basement Just For You
Share this