While Netflix revamps Full House as Fuller house, Lifetime is bandwagoning with its own desperate nostalgia-bait, a tell-all called The Unauthorized Full House Story. In the style of previous flop The Unauthorized Saved By The Bell Story, it might be too bad to truly fail. And now, setting the tone to laughable, Lifetime has released a photo of its bizarro cast.

These strangers look nothing like the beloved Tanner brood, though their task is to reenact the actors' slightly scandalous lives on set. But where to start with this photographic act of defamation?

There's some verisimilitude in that the costumes and hair are bad, even for the '90s. And the Bob Saget guy's smile is also acceptable.

The other children are children and it isn't their fault how they look.

And that John Stamos wig? That. Is. Plastic.

We can now confirm that we will be watching this show. 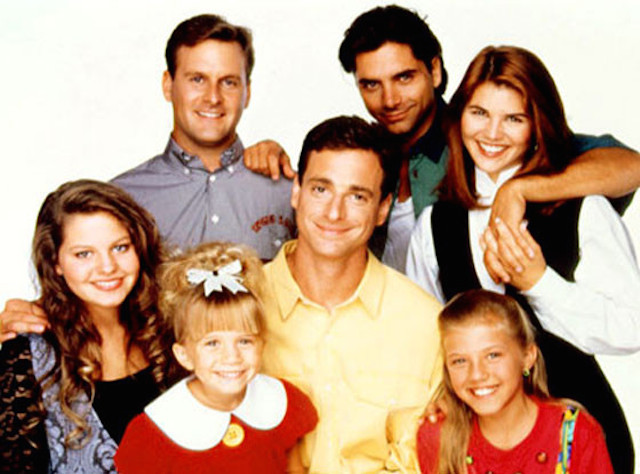 Related: Olsen Twins Confirm They Want Nothing To Do With Full House Revamp

Continuing their winning streak of national honors  which has kept tables at State Bird Provisions and now The Progress pretty hard to come by  chefs Stuart Brioza and Nicole Krasinski just garnered another:

We've all gazed upon our SF Giants a million times while they're in uniform, but how often do we see them dressed in (presumably) their Thursday-go-to-meet-the-President best? Technically I guess we do every