It's flower-blooming season! There’s no better time all year to visit San Francisco’s network of beautifully maintained urban community gardens and enjoy the bloom, bounty and contribution they bring to our city.

But here's the trouble: Most of San Francisco's "community gardens" are kept locked up and surrounded by chain link fences and you cannot get into them! ("Community," indeed). Another problem: Their open hours are not typically posted, nor are they listed on individual community gardens pages on the Rec & Parks site. A rep at the Rec & Parks department told SFist that they are working on a system to clarify and post these public and open hours, but until then many of the gardens below are relatively inaccessible, and that's a shame. 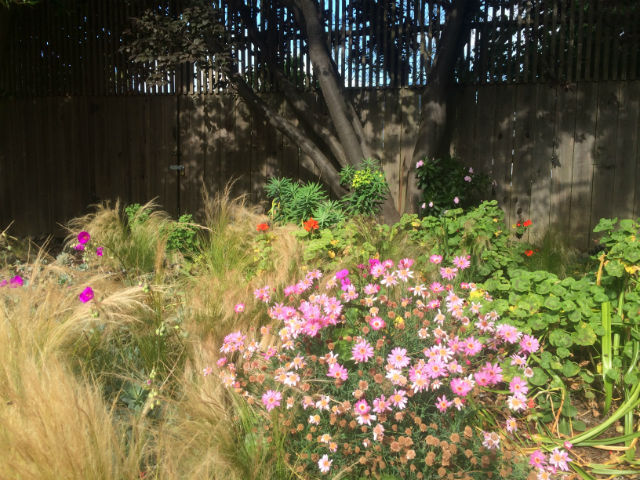 The most egregious example is the Connecticut Friendship Garden (Connecticut St. & 22nd) which has gone so far as to erect a giant wooden fence that denies the public even a peek at the garden (as seen above).

But still, some of these community gardens are very cool! And a couple of them actually do allow the community to set foot in them. We’ve listed a dozen of the prettier ones below. 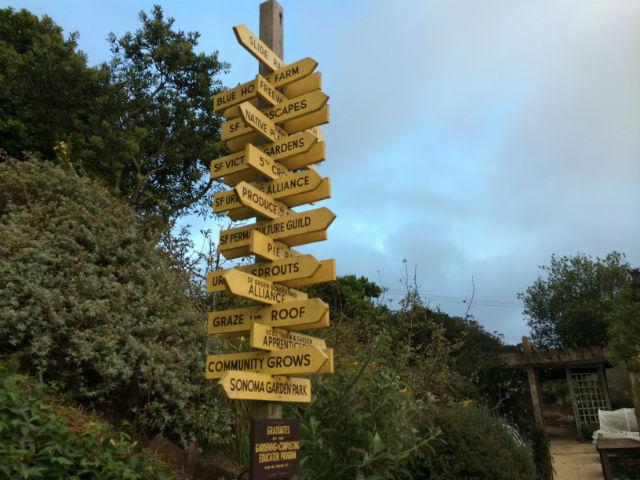 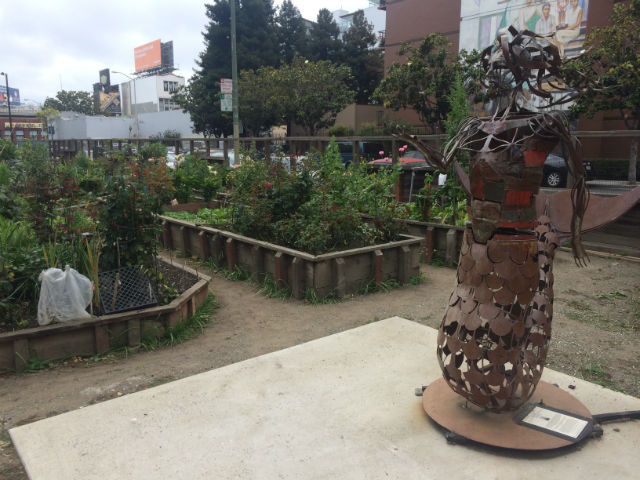 Alice Street Community Gardens
This garden does have a locked gate, but appears to be kept open during normal daytime business hours. It’s also a great place for Financial District workers to sneak off and smoke a fat doob, though be aware that video cameras are installed.
Bonifacio at Lapu Lapu 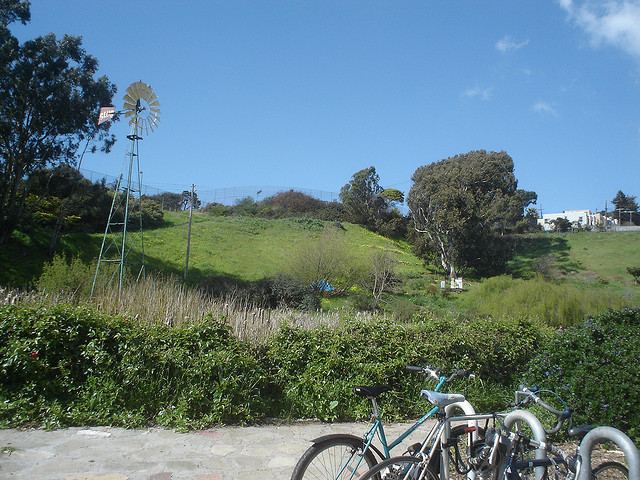 Alemany Farm
Oh my god you guys they have a windmill! One of the larger urban gardens in the city, Alemany Farm is one of those little paradises that makes you feel like you’re not in the city anymore. They also have beehives, if that kind of thing does it for you.
Alemany at Ellsworth 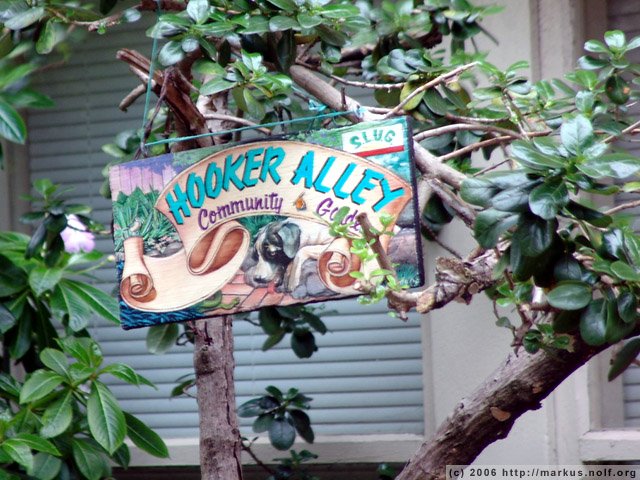 Hooker Alley Community Garden
The Tenderloin has a Hooker Alley (but you already knew that!), and it’s home to a very serene and cute little garden with an entirely non-Tenderloiny feel about it.
Mason at Hooker Alley 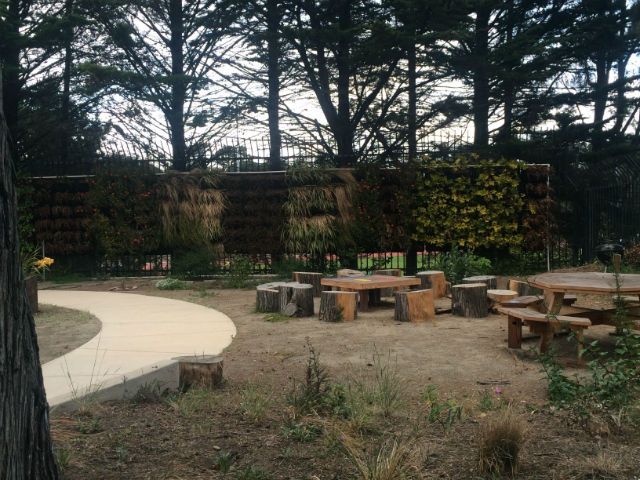 Golden Gate CommUNITY Garden
I am inclined to automatically hate anything that CW Nevius likes, but I must give props to this garden for its vanguard ‘wall of plants’ and its nicely rustic set of picnic tables.
Frederick St. at Arguello Blvd. 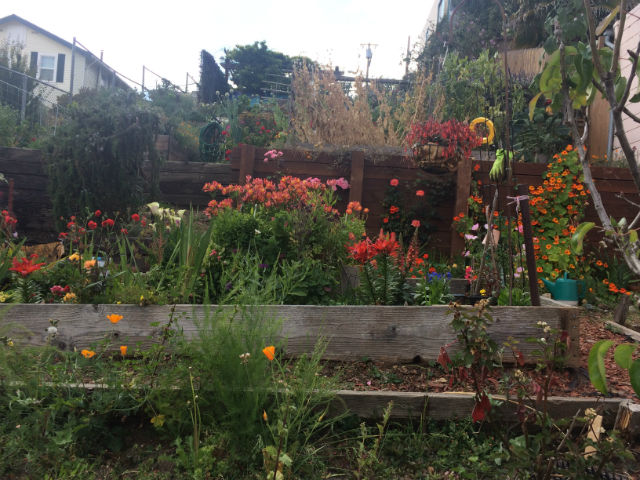 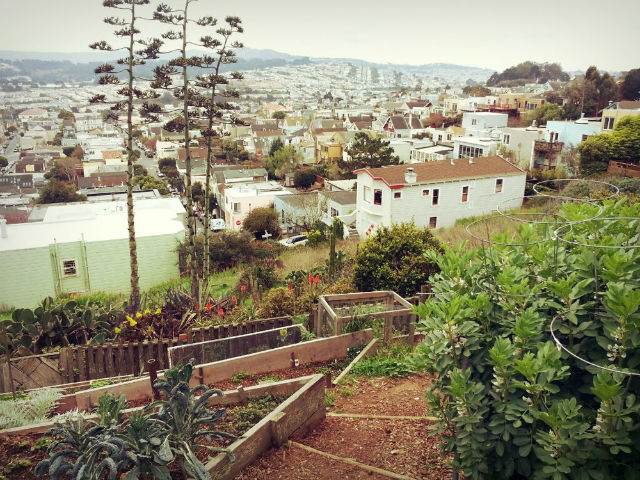 Bernal Heights Community Garden
Another beautiful steep hillside garden, bit another one whose view is concealed from the public by entirely unnecessary wooden gating.
Bernal Heights Blvd. at Gates Street 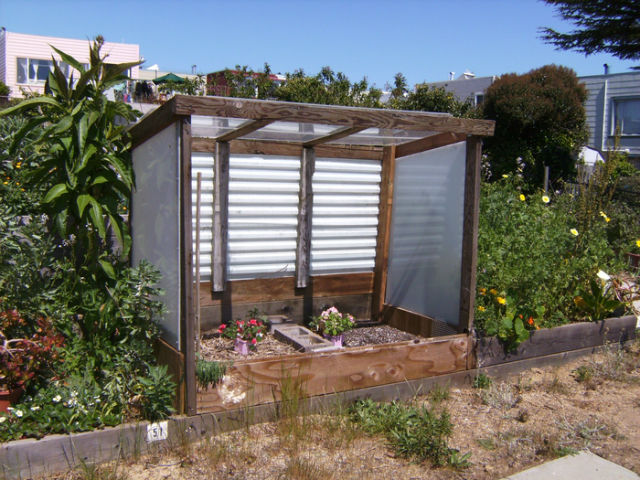 Brooks Park Community Garden
The only community garden is SF, to my knowledge, that is equipped with little BBQ grills for public use.
Shields Street at Ramsell Street 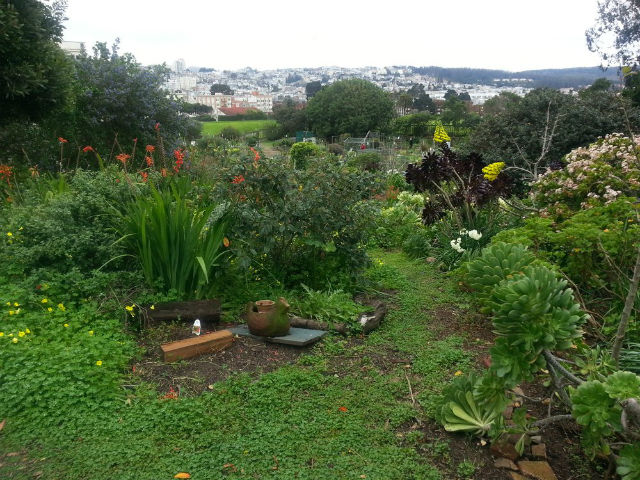 Horticulture enthusiasts will correctly note that I have given scant if any attention to the involvement of the San Francisco League of Urban Gardeners (SLUG), the SF Parks Alliance and the community organizers who make these gardens happen. If this aspect of urban gardening interests you, check their websites or even request a spot in one of these gardens.

A group of women protesting the killings of black women and children bared the breasts this morning and peacefully shut down Market Street at Beale just after 9 a.m. this morning. A

First there was MonkeyParking, which turned out to be totally illegal. Then last summer we heard about Zirx, the on-demand valet app which provided "agents" to park your car anywhere in SoMa for

—
The 12 Best Urban Gardens in San Francisco
Share this