On HBO's Silicon Valley, T. J. Miller plays Erlich Bachmann, a schlubby entrepreneur with delusions of grandeur and a home on the Peninsula he's renting to young techies and calling an "incubator." Of course, it's a dubious proposition, since the area isn't zoned for business, but at least the renters are long-term and have their own rooms. And yet Erlich's arrangement looks legally bulletproof when juxtaposed with Inncubator, a new set of "co-living" locations in the Bay Area. So far there are four Inncubator "Inns," with three in Palo Alto and one in San Francisco near Caltrain.

Inncubator's tight, relatively undignified quarters do come with amenities like coffee, wi-fi, linens, toiletries, laundry detergent, maid service, and even bikes to share. But that's not too posh when compared with other modern "commune" style living such as Campus, a property management startup that rents by the month to mostly recent graduates. You could conceivably stay for years there (without cleaning public spaces once) but at Inncubator, a few nights might be altogether too long. That puts it in the vein of short-term rental services like Airbnb or Homeaway, though with a bit of a tech twist. As far as that focus, Inncubator's website touts its guests, or "members," as "diverse" and well-connected in the tech sector.

In a medium-to-low budget welcome video, the founder explains the origins of his business. "When I first came out to Palo Alto, I really wanted to make friends. I went to Craigslist and Meetup.com, and none of them really worked, which is kind lame. [So] I started sharing my home with others and I was able to choose who I wanted to meet. It became not just places to stay but an awesome community." 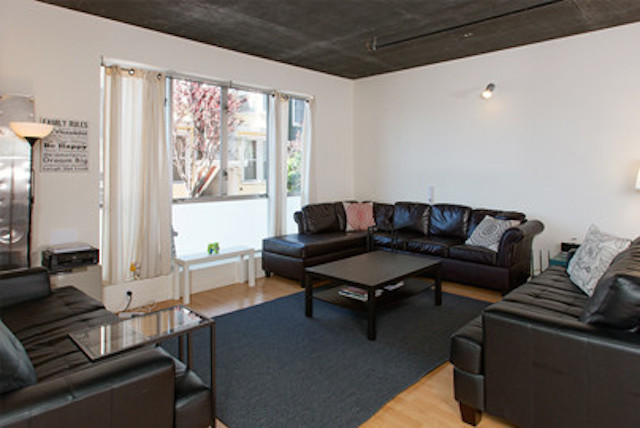 According to a Palo Alto Weekly article, what he was specifically doing was renting his home on Airbnb — whether or not that is sharing is the subject of some debate, but I say it is not.

The founder mentioned that his guests were mostly Stanford student-types and invoked the "overburdened" real estate market. "It's important to me that these people are able to work here and study here and be able to afford it — not having them stay in outer boroughs like Mountain View, where real estate is cheaper," he said. Basically, he is keeping housing affordable. And at some point, apparently, he did what any guy in Silicon Valley does when they've got money and an idea. He started a company.

At the end of his promo video, he encourages you to send in an application to Inncubator, which sounds sort of ludicrous. But not to worry that — and much of Inncubator — must be a work in progress. No application is to be found on the site. Neither is the pricing structure visible or the booking service fully functional. However, a room, or rather a bed, in San Francisco showed up for me as available. It is clear that Inncubator offers weekly, monthly, and longer term discounts, which is one clue as to its expected length of stay for "members." 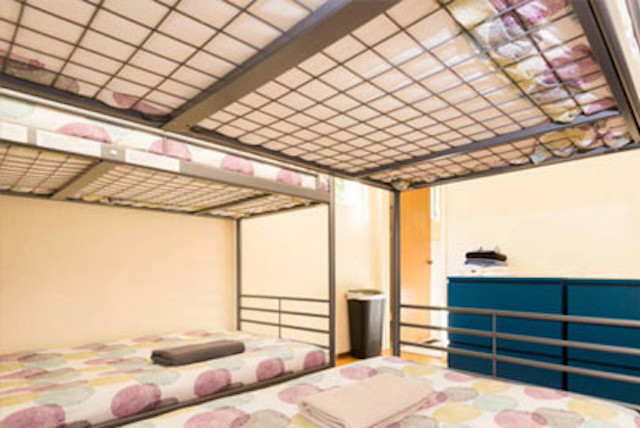 A Palo Alto Inncubator, this one, admirably, is only for women. via Inncubator's website

The trouble with Inncubator, as you've surely anticipated, is that it's highly unclear if Gold can be legally renting or charging people to stay at these properties in the first place. Does he own them? Does whoever does know about this? In this economy, terms like "donations" or "sharing" and, in this case, "co-living," are all forms of circumnavigation. Still, there's no getting around the fact that Inncubator looks like a hostel and quacks like a hostel. But does it pay taxes like a hostel, or is it registered like an Airbnb for its San Francisco location? It's unclear exactly how many (if any!) state and local laws Inncubator is breaking, but given the current trend towards launching first and asking questions later, I'm sure we'll find out!

Related: On 'Campus': A College-Like Take On Commune Living For Millennials New To Town
Have You Heard About The Startup Castle In Woodside? Because It's Ridiculous And Sexist

Six weeks after Bridget Klecker was fatally mowed down by a car full of alleged armed robbers who were fleeing from the San Francisco Police Department, police say that they have tracked down

It's so horrible that it almost sounds like a joke. You go into a hospital for surgery, and as the doctors close you up their leave their tools inside you, requiring still more

—
Inside 'InnCubator': Highly Suspicious Hostels For Techies
Share this