Demolition is underway at the corner of 11th and Folsom in the former Paradise Lounge space. It's been dormant for several years now, and almost became a new club and cabaret from Heklina and D'Arcy Drollinger  when the deal fell through they went across the street to open Oasis.

As the Bay Area Reporter reported last fall, the place is reopening as something called Calle Once, or Calle 11, with local restaurateur Leticia Luna at the helm. The former owner of Leticia's in the Castro as well as the former Line Up in SoMa (a leather bar that opened in 1979 at 7th and Harrison) is planning to turn the space into a one-stop destination for dinner and live salsa music.

The menu, she said, will be a fusion of the Mexican food she served at Leticia's as well a seafood component.

The space that was most recently known to Paradise Lounge was, more famously, the longtime home of a leather bar called Febe's, from 1966 to 1986, and at least one neighborhood leather man came to a Planning Commission meeting last September to voice his objections to the massive alterations that are getting made to the space, which is not technically considered historic. In the end, the Commission approved the plan, which includes the massive demolition you see above (maintaining just the facade) and the construction of a partial third story and 1200-square-foot deck, where there will also be rooftop dining, as Socketsite noted.

At the Planning Commission, Luna said the plan was to serve food until 11 p.m., and to have everyone out by midnight, so that this would not be a late-night club space like all the other venues in the immediate area. We'll see if that remains true once it makes it open.

Below, a couple more shots of the demolition, one peeking inside the door. 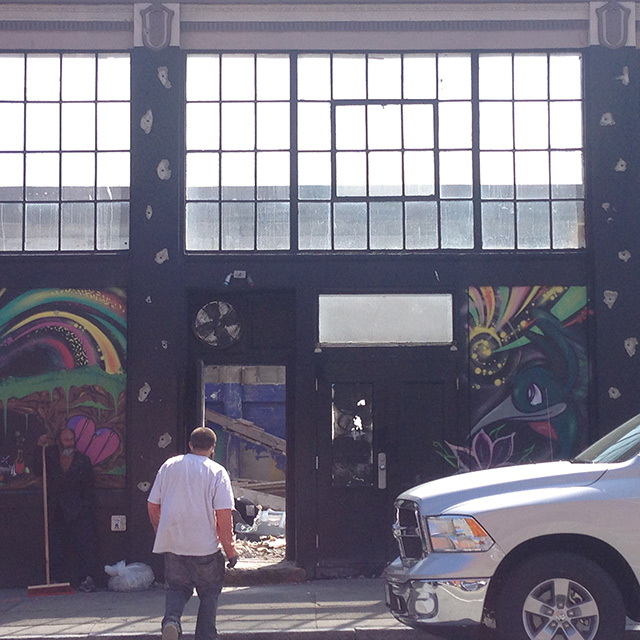 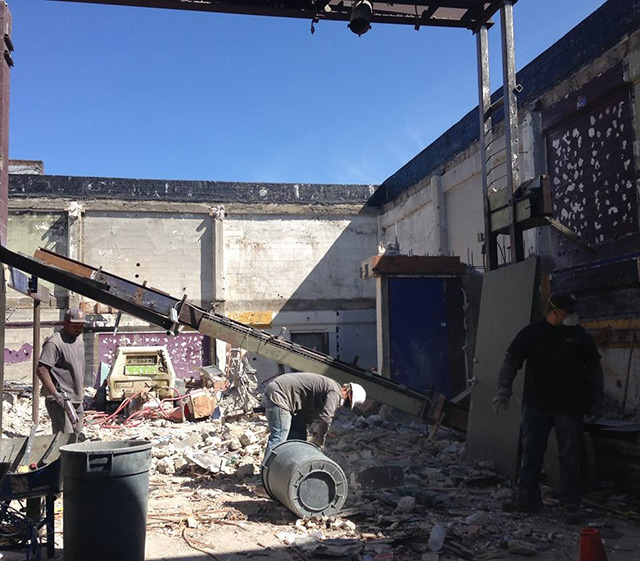 Using the mapping tool MAPfrappe, a Texas-based storage search company, of all things, has done us a solid and given us a good look at how San Francisco stacks up in size compared

It's time once again this Sunday for the Straight Pride Parade/heavily costumed footrace that is Bay to Breakers  and yes, we know, LGBT people are well represented too. Year in and year