It's time once again this Sunday for the Straight Pride Parade/heavily costumed footrace that is Bay to Breakers  and yes, we know, LGBT people are well represented too. Year in and year out it's simultaneously one of San Francisco's finest and most embarrassing hours, and a time for many a 24-year-old to test the limits of his or her alcohol tolerance in the pre-noon hours. Luckily, or unluckily, this year the weather won't be terribly warm, which may discourage the mass drunk lingering that ends up happening around the Panhandle, since the majority of people never make it to the finish line. And once again this year, cops will be out cracking down on public urination, and bad behavior, if not public boozing, since pretty much everyone will be doing that (though alcohol is officially prohibited on the race route). As for nudity, it's anybody's guess. Technically, the 2012 nudity ban explicitly made an exception for B2B, but tell that to the cops who were handing out citations last year.

With that, we bring you SFist's Dos and Don'ts for this year's race. For reference, may we also point you back to 15 Signs You're Too Old For Bay to Breakers, and our Guide to Bay to Breakers, For Various Types Of Stereotypical Racers.

DON'T bring floats, baby strollers, or speakers on wheels. All such items (especially rolling kegerators) were banned years ago. 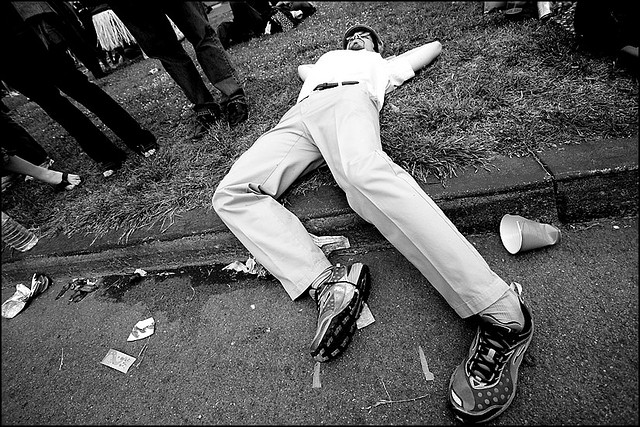 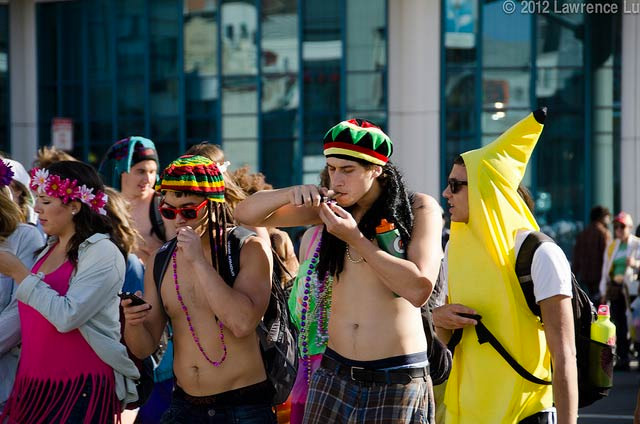 DON'T use cheap champagne in your mimosas. 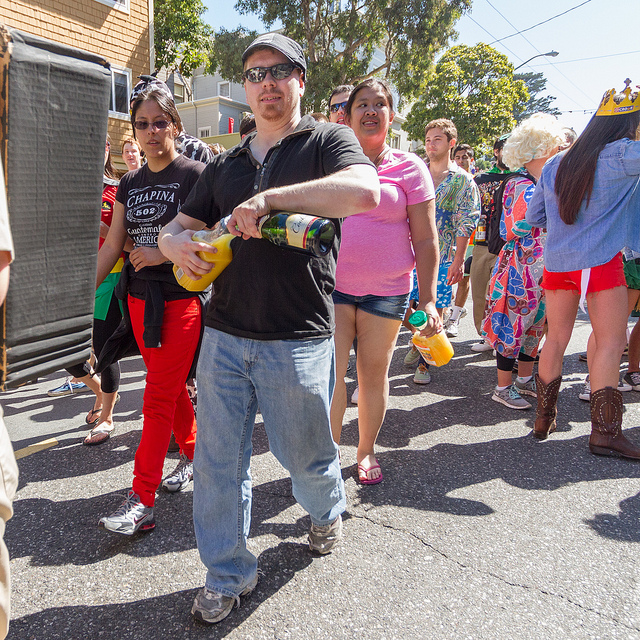 DO note that they don't let you hang out in Alamo Square Park anymore. 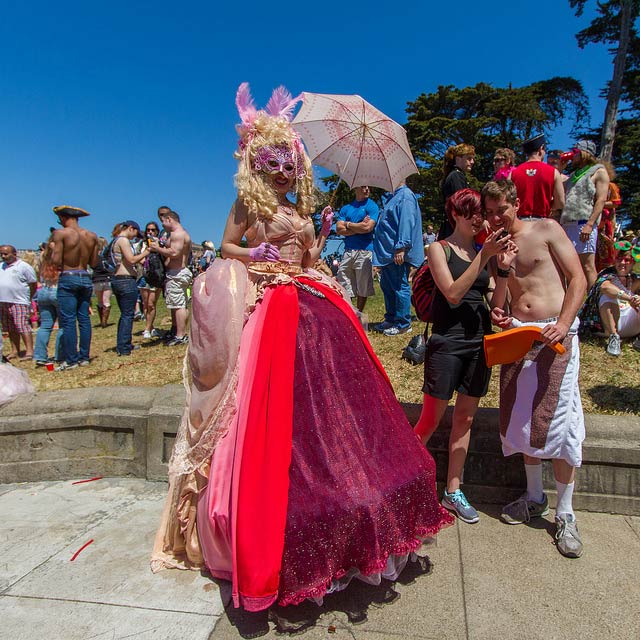 DO get clever with the costuming... 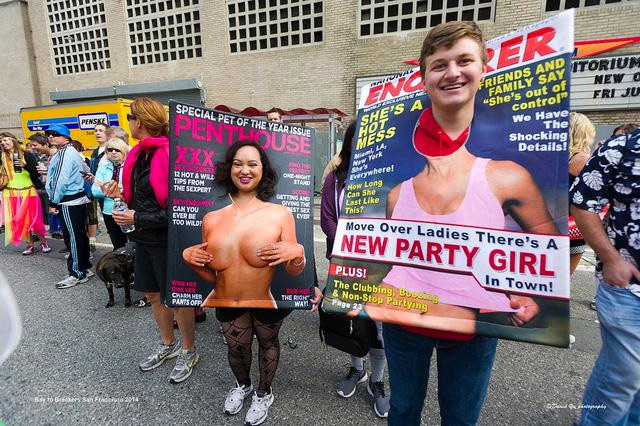 DO go for body paint, if applicable. 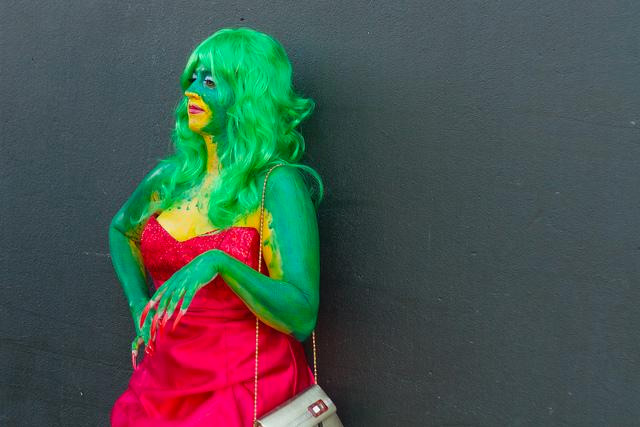 DO pay tribute to local landmarks... 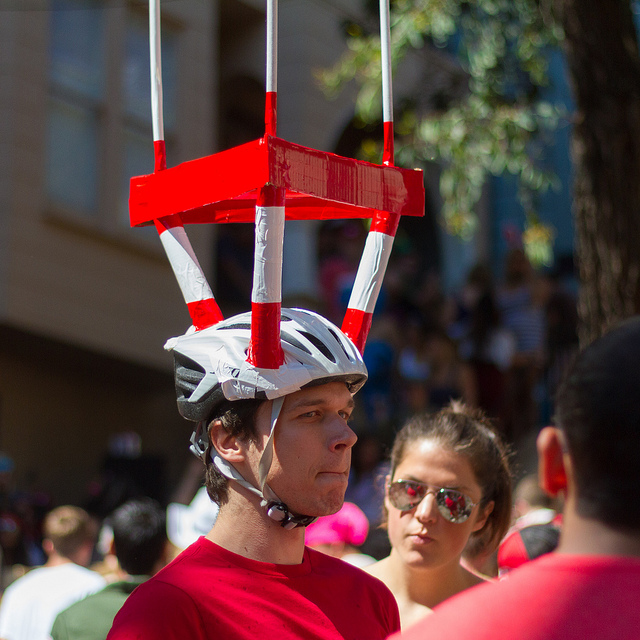 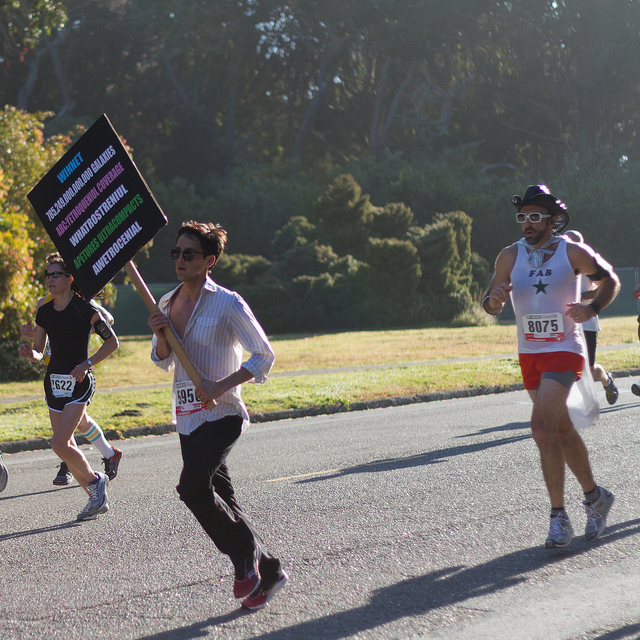 DO invoke the Muppets, always. 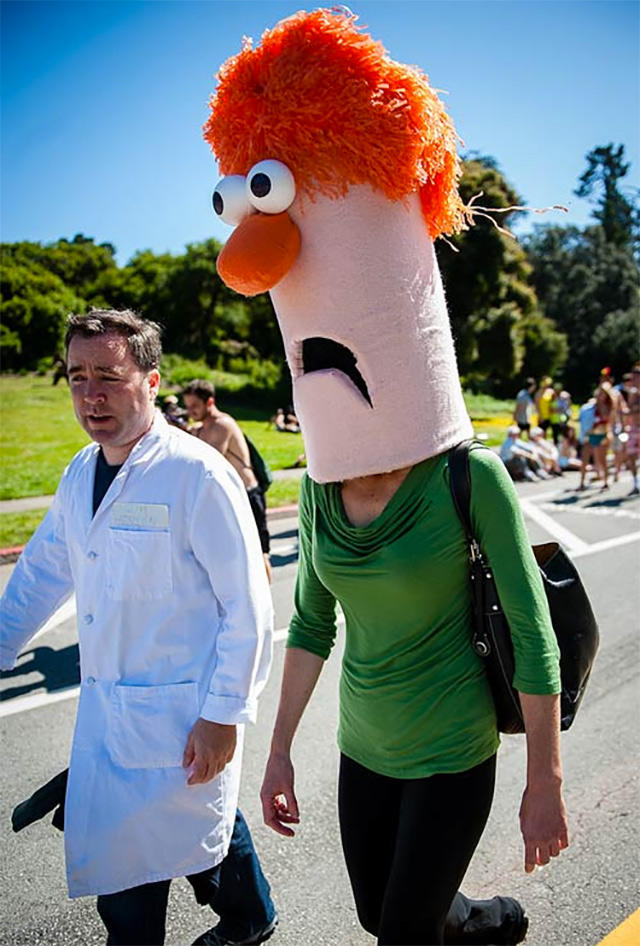 DO wear body-covering animal costumes, for warmth. The nude and nearly nude are likely to be really chilly this Sunday. 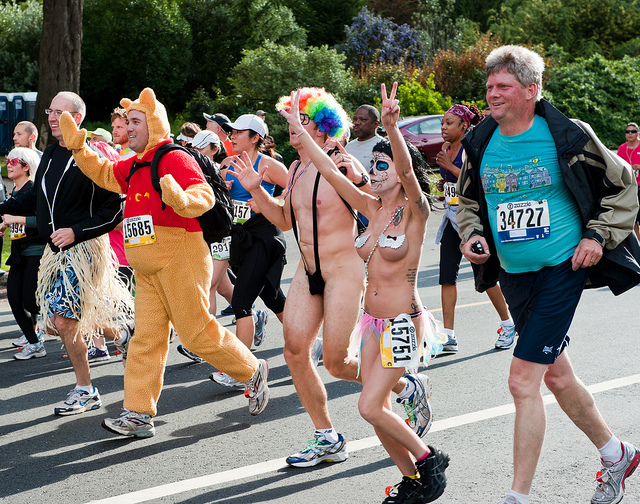 But DO remember that you'll be wearing your costume for approximately 7 miles (assuming you get that far) and it had better not be too heavy or constricting or you will want to die. 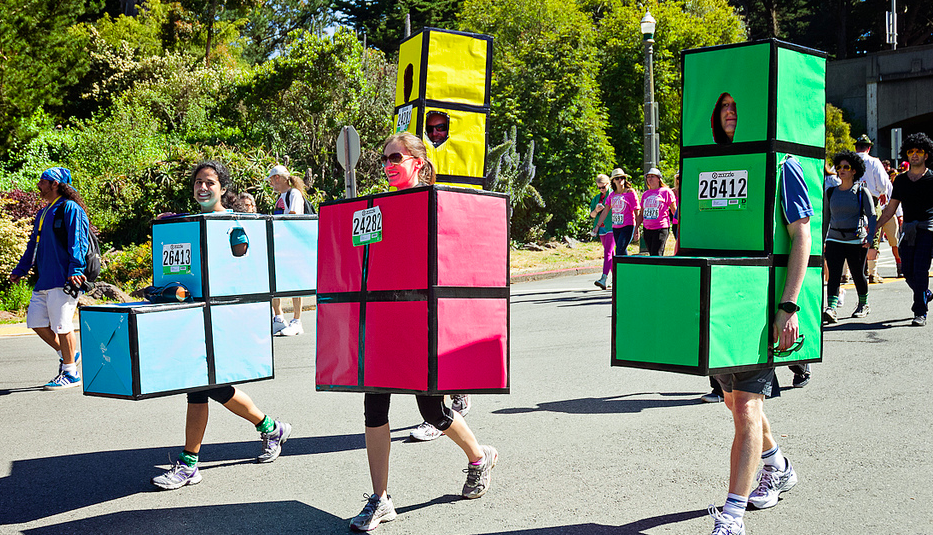 DON'T openly pee next to trees in the Panhandle, or Stanley Roberts will find you.

DON'T put on an elf costume and race across the tops of porta-potties, or Stanley Roberts will also shame you.

And DON'T pelt an SFPD officer with a beer-filled balloon, because you will get arrested, and Stanley Roberts will triple-shame you.

DON'T hop the fence at the bison paddock in Golden Gate Park to taunt the poor bison with your nude flesh. 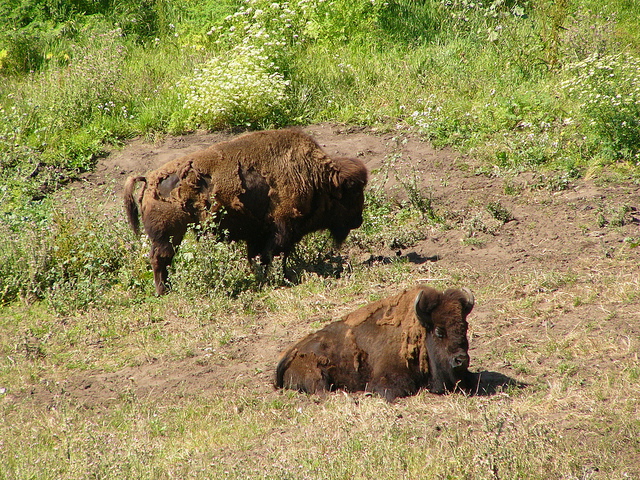 And DON'T forget that if you actually finish the race you will need to get home from Ocean Beach, somehow. 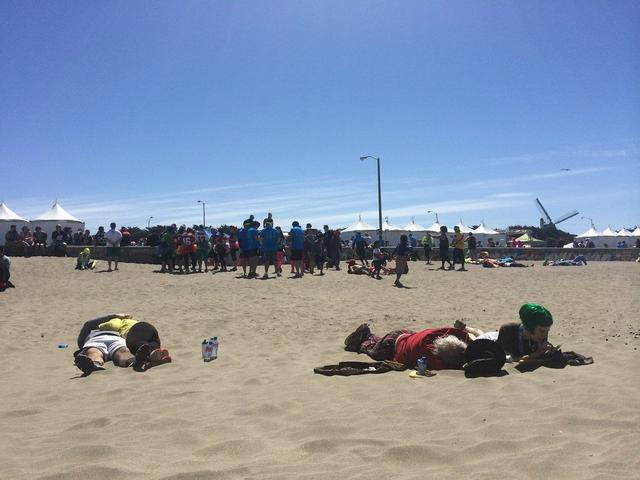 Demolition is underway at the corner of 11th and Folsom in the former Paradise Lounge space. It's been dormant for several years now, and almost became a new club and cabaret from Heklina

In San Francisco we're more slaves to technology than to fashion. But a new fashion technology summit called "Silicon Valley Fashion Week?" hosted by Mission-based Betabrand and held not on the Peninsula but

—
Bay To Breakers Dos And Don'ts, In Photos
Share this