It's been quite a year for the social experiment/desert party known as Burning Man. As hackers jumped their way to the front of the digital line to score their $390 passes, this year tickets sold out in under an hour, with some being resold at 490 percent of face value on Groupon (and, in one case, for a cool million dollars on Stubhub).

As if that weren't all gross enough, Burning Man is now officially over all over again. For no particular reasons that we know of (beyond the obvious), a horde of — shall we say "radically self-reliant" — Facebook users have taken to trolling the Burning Man Facebook event page in the past few days.

Regurgitating memes, announcing fake acts, and asking nonsensical questions, these trolls have created what might be the greatest piece of Burning Man art, bar none. Of course, the event page admins (and Facebook) probably disagree, and there are some who still believe in the festival. This year, a group plans to bring a 747 jumbo jet to the playa, so there's that.

Right here are just a few Facebook gems we found in the metaphorical sand and dusted off for you. Enjoy. 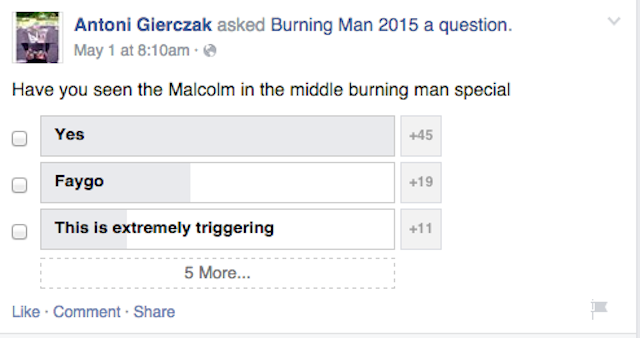 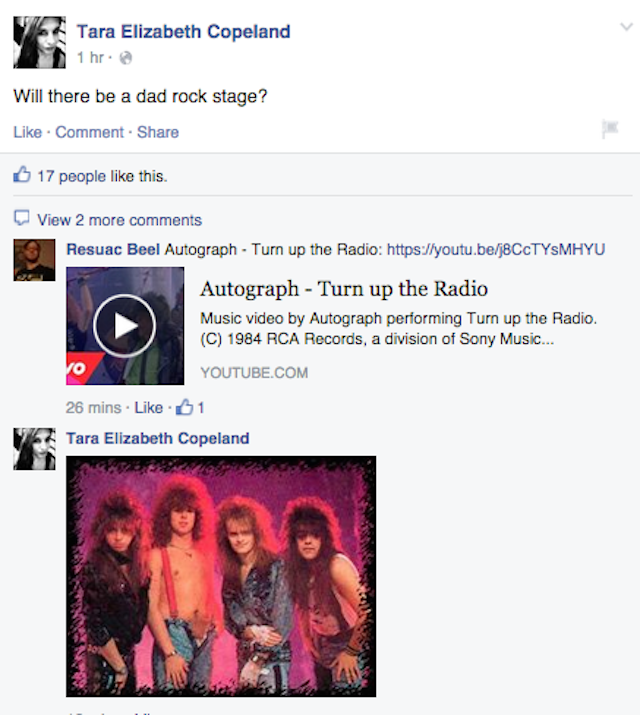 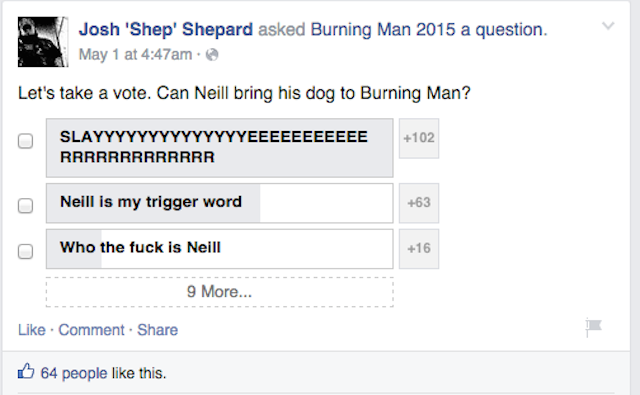 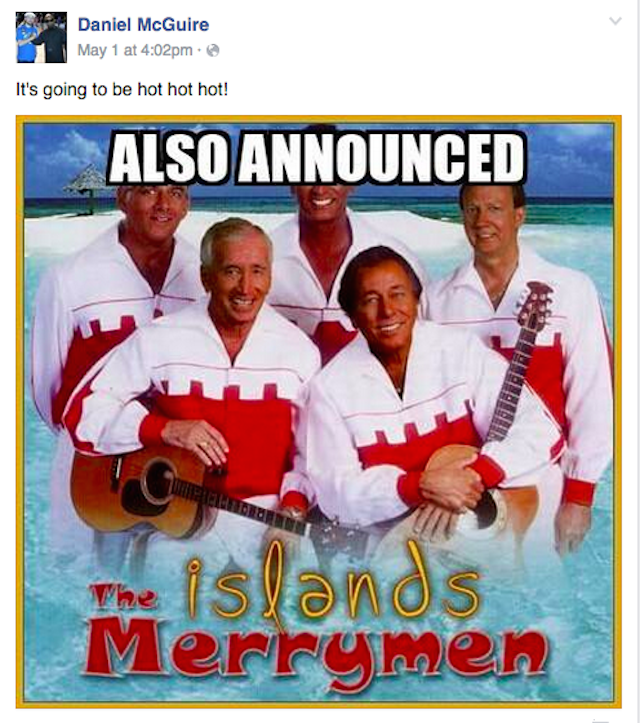 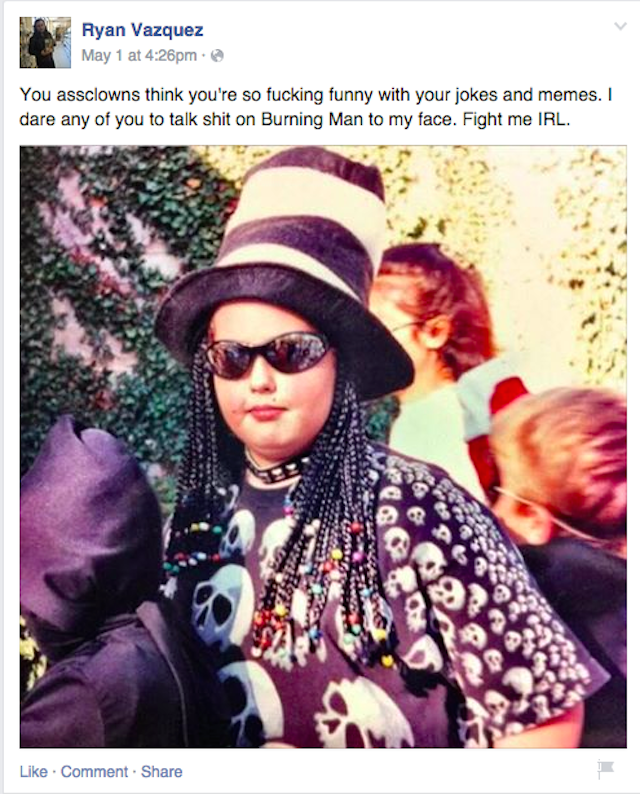 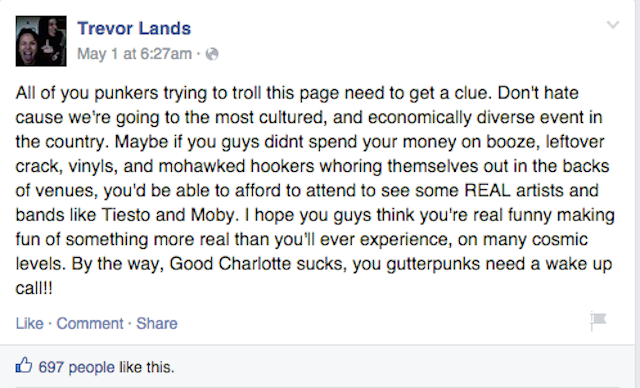 Previously: 200 Jerks Hacked To The Front Of The Burning Man Ticket Line
All SFist coverage of Burning Man.

Our annoying summer weather pattern seems to have hit early this year, with the marine layer thick and slow to burn off in the late afternoon and evening temperatures getting mighty chilly. But

You've heard of the San Andreas Fault, of course, and most of us in the Bay Area have heard the refrain that the Hayward Fault is likely going to be then next to