"Zoo director Tanya Peterson revealed that Robin Williams’ pet parrot, Mischa, will live at the zoo," writes Leah Garchik in an aside for the Chronicle, piquing curiosity about the late actor's feathery friend.

In fact, it seems that Mischa has been at the zoo for some time. According to a Daily Mail article from last year,

During a visit in June that turned out to be one of his last public outings, zoo workers showed Williams a howler monkey they had named after him, Peterson said. But Williams really had come to visit old pet parrot he had donated to the zoo years ago when travel made keeping the bird impossible. He was "very thrilled to see the parrot with other parrots acting like a parrot," Peterson said. "I think it brought him great joy."

Williams certainly was a parrot at heart: a powerful mimic with a colorful personality. And, as a patron of the zoo, there's a monkey there named for Williams (whose mate is named Lincecum). Of course everyone knows Koko, the Gorilla with whom Robin was friends. But now, you can look out for Mischa next time you find yourself at the SF Zoo and Gardens.

Here's another shot of Williams with a parrot. Again, not sure if this is Mischa, but SFist has reached out to the zoo for more information. 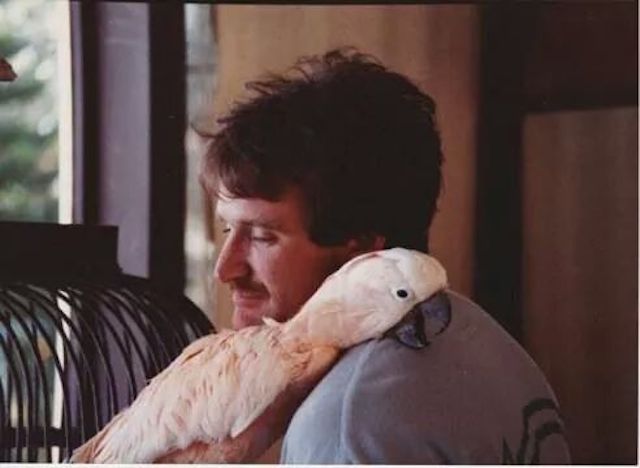 It's all in the hips #InternationalDanceDay A video posted by Hunter Pence (@hunterpence) on Apr 29, 2015 at 12:46pm PDT Everybody's favorite injured outfielder (he's supposed to be back on the field

Carve out another plot in the startup cemetery. Secret, an app that's been around for just a year and was used for anonymous gossip from the minor to the disgusting to, occasionally, the