Your Golden State Warriors begin the playoffs tomorrow (12:30 p.m., ABC) enjoying a season for the ages and hoping to bring an NBA championship to the Bay for the first time in 40 years. But oh, those 40 years have been a painful, embarrassing and awful journey. To while the time away before the Dubs tip off against something called the New Orleans Pelicans tomorrow, let’s relive just how painful, embarrassing and awful those years were with some pictures, GIFs and videos.

‘The Dub Sack’? More like ‘The Dub Suck’, amirite? The Warriors’ 40 years wandering the desert of suck begins back in the 1976 Western Conference Finals...

Rick Barry Becomes ‘Prick Barry’ (1976)
When future NBA historians attempt to pinpoint the exact moment at which the Warriors began their four decades of suck, they may look to the moment in 1976 when the defending NBA champion Warriors were in a Game 7 against the Phoenix Suns. Rick Barry, whom we tend to remember favorably because of his bizarre-ass underhanded free throws, showed his complete asshole side when he refused to shoot because he was angry at his teammates. You read that right: he refused to shoot in a Game 7 of the Conference Finals. The Warriors would lose the series to a barely-.500 Phoenix team. 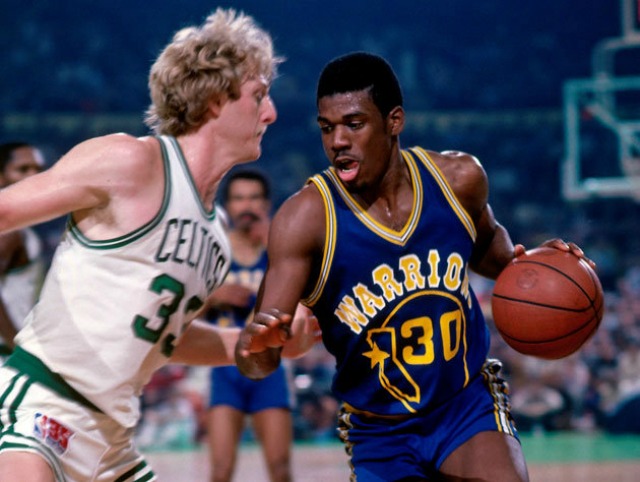 The Cocaine Era (1977-86)
As Bill Simmons writes in Grantland, “During the Cocaine Era (1977-1986), the Warriors somehow ended up with three of the league’s most notorious coke guys ([Bernard] King, [Michael Ray] Richardson and [John] Lucas) and an interesting stigma: As legend had it, the Oakland Hyatt (where visiting teams stayed) was the best place in the league to score drugs.”

In those guys’ defense, the coke back then was way better than that shit we get now. 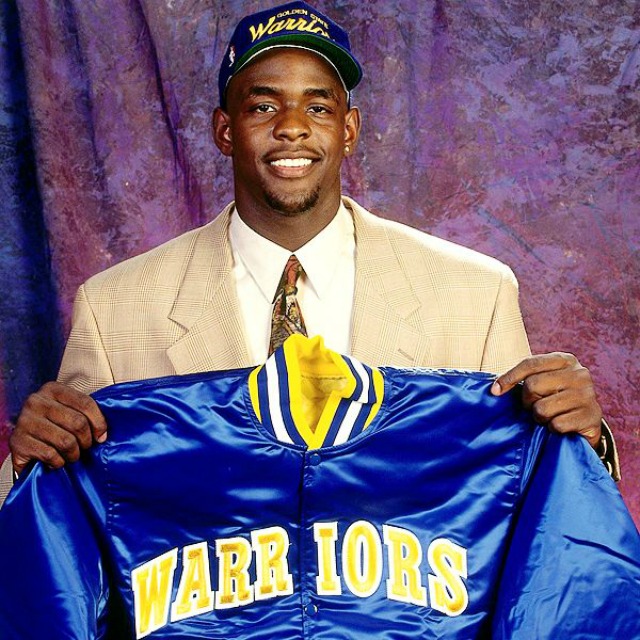 Chris Webber Comes Along and Ruins Everything (1993-94)
Chris Webber was drafted No. 1 in the 1993 NBA Draft and signed a 15-year, $75 million contract, at the time the richest-ever for an NBA rookie.

He demanded a trade in his second season and poof, there went that.

Thunder (1998 - 2007)
Exactly what the fuck is this guy? Apparently he is supposed to represent electricity or power or something. I have no idea what is going on with the Warriors’ mid-to-late 90s mascot Thunder. The people in charge had no idea either, as seen below.

Horrible Drafting by Morons in Charge (1995 - 2007)
Want to puke up whatever you had for breakfast? Read the following paragraph.

It all almost makes you want to choke someone. And actually... 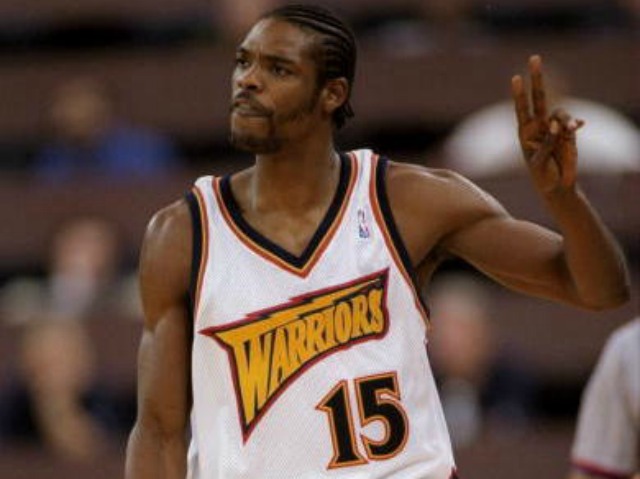 The Latrell Sprewell Choking Incident (1997)
Perhaps the high point of Golden State Warrior ineptitude-slash-hilarity is the Latrell Sprewell choking incident in 1997. After missing a team flight and generally being a typical underachieving mid-90s Warrior, Spree was on coach PJ Carlesimo’s bad side. After an in-practice berating from Carlesimo, Sprewell would choke his coach

"I wasn't choking P.J. that hard," Sprewell would tell ‘60 Minutes’ in an interview. "I mean, he could breathe." The Warriors were still forced to pay Sprewell during his suspension, and Spree was eventually traded to the Knicks.

i always found it funny that the best the Warriors’ PR department had to market during this phase was the team’s time outs. 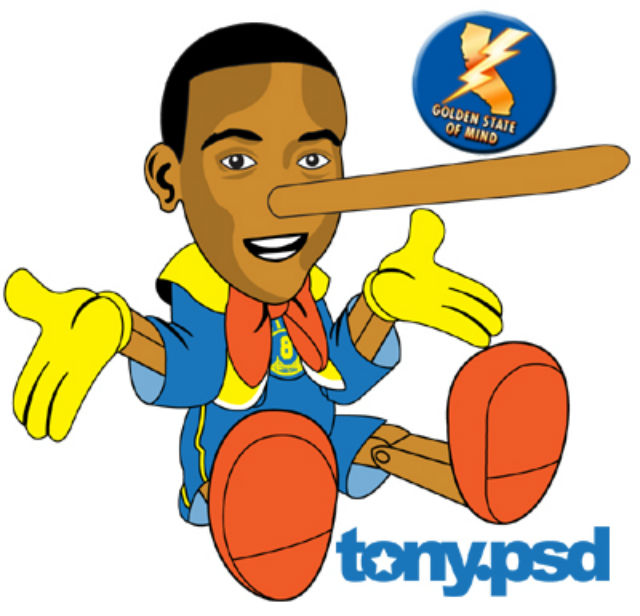 The Warriors had something special happening in the 2007 "We Believe" era, beating the No. 1 seed Dallas Mavericks in the first round of the playoffs. The magic would not last, as star point guard Monta Ellis wrecked his moped and injured his ankle shortly after signing a $66 million contract extension.

Warriors management was furious with Ellis for claiming the injury was related to playing pick-up basketball. They drafted Steph Curry in 2009 so they could ship Ellis out. That worked out pretty well in the long run!

But 40 years of suck is a very long run.

[Update] A previous version of this story noted several street closures, but in fact, there will only be a traffic diversion on Fell Street to northbound Stanyan Street, effectively shutting down Kezar Drive

Visionary Star Wars creator George Lucas is no stranger to drawn-out, episodic battles. Most recently, the filmmaker was spurned by the Bay Area when the Presidio Trust rejected his illustration museum, which might

—
The Dub Sack: Looking Back On 40 Years Of Suck
Share this