Since a company fashioning locally made bow ties is a telling tale of these strange times, Forbes brings us a long interview with San Francisco- based Tasty Ties.

That company has even gone so far as to create a line of ties with twee little pins on them all based on retired drinks at Trick Dog. Just so we're crystal on this point, you can buy an $89 tie based on your favorite $15 drink.

But that's not all. Tasty Ties has also released a San Francisco collection. Those feature ties for each neighborhood including a pink-striped one for the Marina, a tasteful saxophone pin on a black velvet bowtie signifying the Fillmore... and then a Hunters Point tie with a gun pinned on it. Really guys? Here's the description, where they at least try to spin things a little.

The Hunters Point bow tie is made with denim and a custom pistol removable tie tack to represent the amazing strides this community has made to fight violence and squash the negative stereotypes that label this thriving neighborhood.

Yeah, I'm not buying that. It feels like they couldn't help making that joke, but figured they could just sort of couch it in political correctness? Nope. Tasteless. 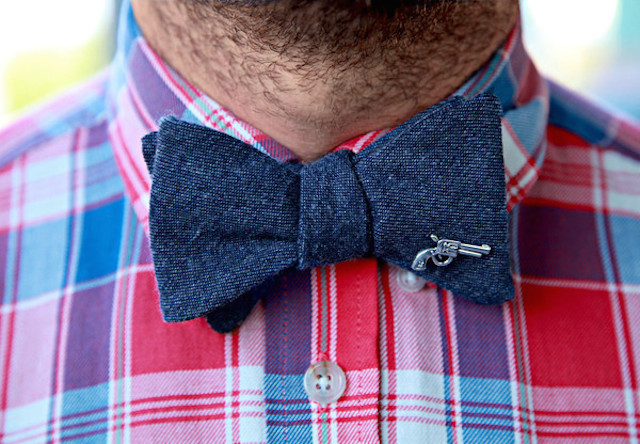 How many years has it been since a pitcher threw the last pitch of a World Series and the first pitch of the following season's Opening Day? Whatever that number is, reset it

The fine folks at Porch House Pictures just sent in this video, shot in a single 12-hour span in sunny San Francisco, in which they "raced up hills and across the bay trying