Last year we heard about photographer Janet Delaney's coffee-table book of 1970s and early 80s photos of SoMa, in the days before the Moscone Center and Yerba Buena and the rest of it existed, when it was still its rugged, mostly industrial self. Now images from the book, South of Market, are on view as part of an exhibit of the same name at the deYoung.

CityLab brings us a few more images from the book and exhibit, including the awesome one above the long gone Hamburger Mary's on Folsom (where The Willows is now), and a vintage leather daddy on a motorcycle. (SoMa, kids, was like the national epicenter of the gay leather scene once upon a time, with about a dozen different bars. Now it has three or four bars that still have some part-time leathery-ness, depending on who you ask.)

Delaney attended the San Francisco Art Institute in 1978 and lived in the cheapest flat she could find, at 62 Langton.

About the only thing that's still there from these photos is Klockars Blacksmith shop (443 Folsom), which as we learned in this cool video a couple years ago is still operating part time and making things like manhole cover hooks for the city.

And look at that! Horses on 2nd Street!

Janet Delaney: South of Market is on view through July 19. 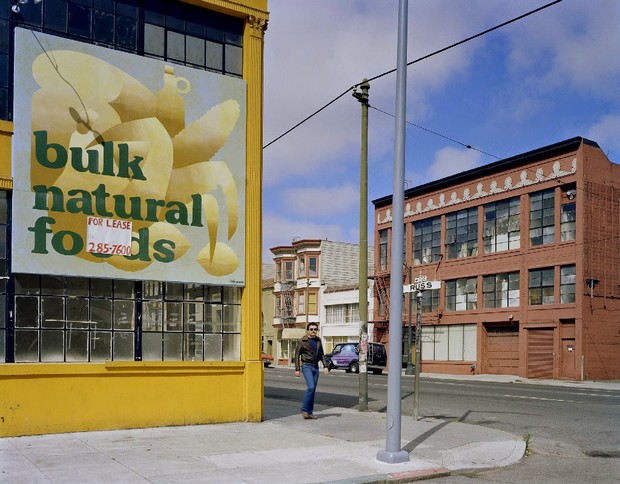 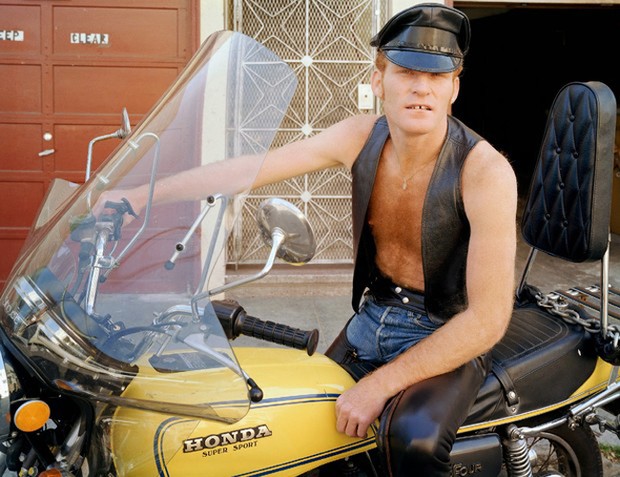 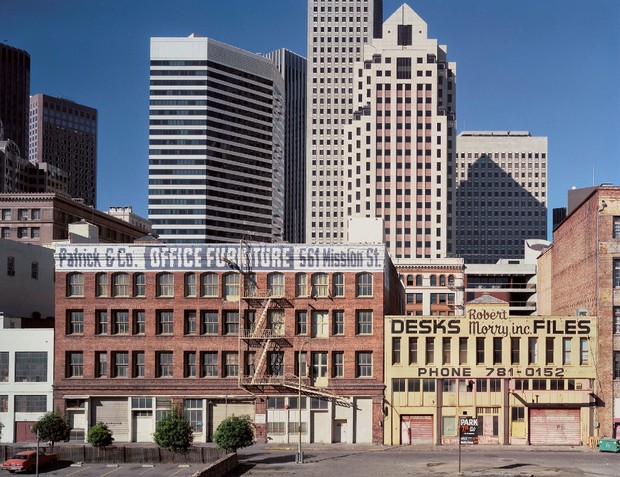 Looking toward the Financial District, 1980. 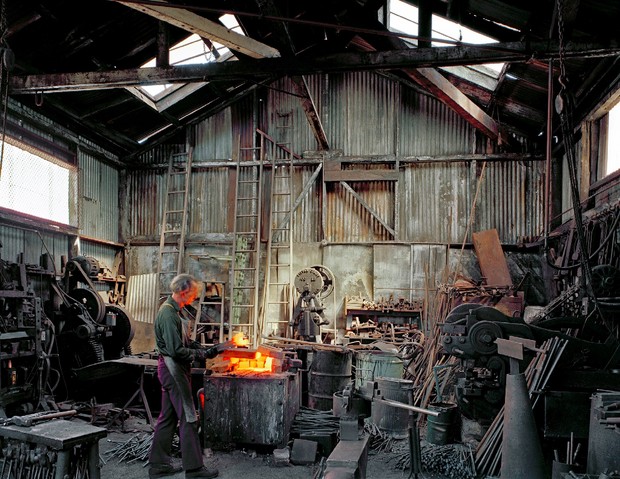 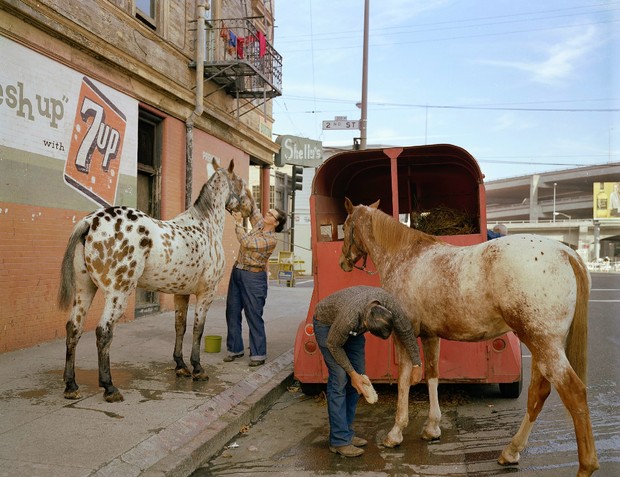 There will be no last trips to The Orbit Room. Hoodline reports that the bar at 1900 Market Street quietly closed yesterday. Owner Jay Johnson passed away on March 21st, and the bar

The smallest house currently on the market in SF is this guy, as Curbed shows us. It's a ground floor TIC next to the Presidio, on Baker, and for $425,000  which, yes,