There will be no last trips to The Orbit Room. Hoodline reports that the bar at 1900 Market Street quietly closed yesterday.

Owner Jay Johnson passed away on March 21st, and the bar has been sold to a new owner with a new concept. Johnson was also the owner of Club Deluxe, which remains open, where he was known for his Saturday night crooning.

For over 20 years, The Orbit Room Cafe was beloved for its combined offerings of thin crust pizza, well-crafted drinks, and good crowds. Alberta Straub spearheaded their cocktail menu in the mid aughts, defining its style with fresh fruit, herbs, and house-made infusions. Upon her 2007 departure, SFist interviewed Straub on her philosophy, which was basically "Berkeley Bowl." 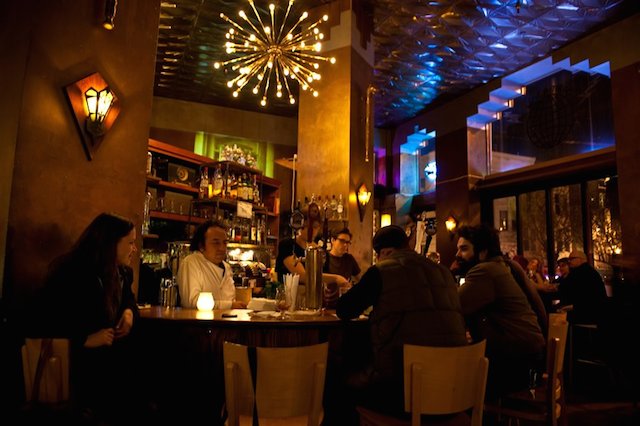 Last year we heard about photographer Janet Delaney's coffee-table book of 1970s and early 80s photos of SoMa, in the days before the Moscone Center and Yerba Buena and the rest of it