With the departures of Joseph Schmidt and Scharffen Berger, chocolatiers who each had local operations before buyouts from Hershey's, the Bay Area's status as a sweet-toothed capital was in question. Not for long, of course, as cutting edge confectioners peddling their sugary wares have quickly joined the ranks of historic operations like Ghirardelli, the nation's third-oldest chocolate maker. These days, a confluence of forces from the culinary to the entrepreneurial have sweetened the scene to new heights, and if you aren't engaging in one of these SFist recommended solo Valentine's Day activities, we recommend you treat yoself to a box of sweets from these shops. Or, of course, you could give them to a loved one, but where's the fun in that?


Chocolate Covered
This charming little shop is every Noe Valleyan's go-to spot for sweet tooth-soothing, featuring probably the largest selection in town of locally made chocolate. They've also got plenty of other bars from American "bean-to-bar" manufacturers, as well as assortments of chocolate from around the world. Owner Jack Epstein knows his chocolate, and you can learn more from this 2011 Bold Italic piece that featured the store. Jay Barmann
4069 24th Street between Castro and Noe Streets 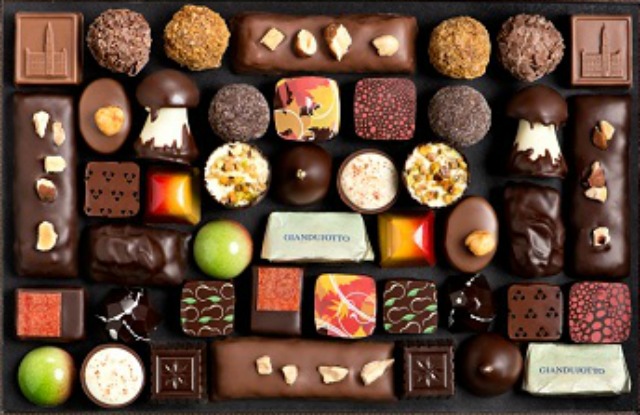 CocoaBella
Since 2004, CocoaBella's been seeking out the best small-batch, handcrafted chocolates in the US and Europe then selling them at their San Francisco brick-and-mortar (and, of course, online), including Christopher Elbow's very pretty chocolates (see below). This is a place to custom-assemble the highest-class variety box of chocolate you can imagine (such boxes start at $45), with choices from traditional picks like truffles to wackadoo options like a "Rose Mint" treat from Belgium, a "Candied pear infused with Maraschino liqueur" from Italy, or a "PB & J" elight from the US. It's a dizzying array of options, and a great choice for anyone who wants to sample a little bit of everything. — Eve Batey
On Street Level at the Westfield San Francisco (845 Market Street) or online

Dandelion Chocolate
Since 2012, Mission District-based "bean-to-bar chocolate factory" Dandelion Chocolate has been where choosy candy bar eaters have sought unique small-batch treats. Founded by former tech guys/Stanford buddies Todd Masonis and Cameron Ring (they started online address book Plaxo with Sean Parker, then sold it to Comcast for an estimated $150 million), Dandelion is known for their uniquely smooth and nuanced-in-flavor chocolate — seekers of wacky flavored, super sweet stuff should look elsewhere. Warning: their bars aren't cheap, at between $8-$12, or a three-bar pack at $20. So, probably not a daily thing for most of us, but as a special treat it's unparalleled. — Eve Batey
Factory and Cafe is located at 740 Valencia Street at 18th Street, bars are available across SF and online 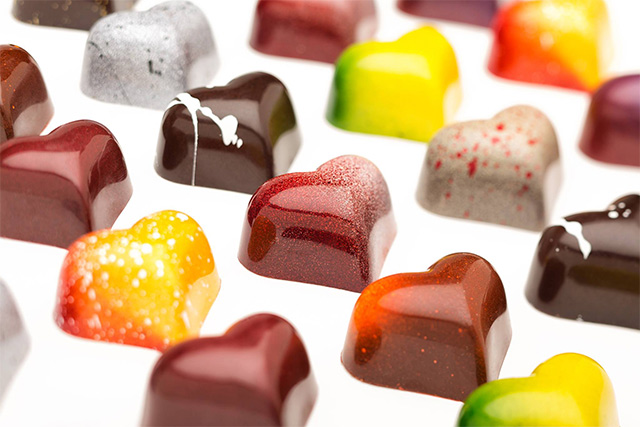 Christopher Elbow
Christopher Elbow, which was founded by the pastry chef of the same name who worked at the American Restaurant in Kansas City, makes seriously beautiful chocolates. These polished, colorful, seemingly inedible little wonders are also very delicious, and come in flavors like Venezuelan Spice, Lavender, Champagne, and Passion Fruit. These are chocolates made to impress, and you can either buy pre-made assortments in boxes, or pick your own one by one at the Hayes Valley store. It should be noted this is the company's only other free-standing store besides their flagship in Kansas City. Jay Barmann
401 Hayes Street at Gough Street 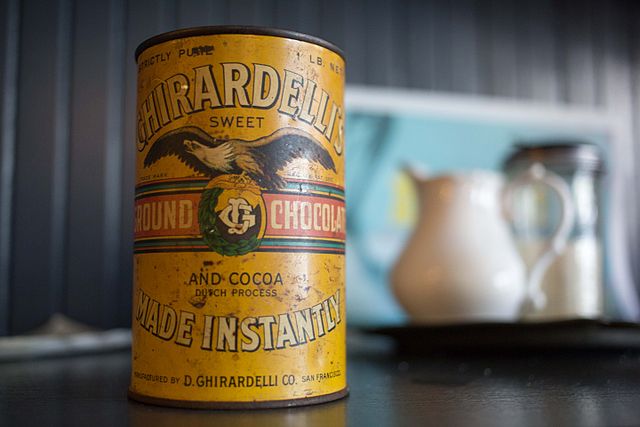 Ghirardelli Chocolate Company
Chocolate from Ghirardelli provides some of the tastiest history lessons around. The 1852-founded company is named for Italian chocolatier Domenico Ghirardelli who arrived in California after working in South America. Still highly selective, the company is one of just a few in the country to control all aspects of its manufacturing process, and rejects up to 40 percent of the cocoa seeds it receives in order to maintain the highest quality. Once controlled by the owners of Rice-A-Roni, Lindt and Sprüngli of Switzerland acquired Ghirardelli back in 1998. Yes, you've had their squares everywhere, but Ghirardelli still represents some of the finest in chocolate-making around the world, so be thankful they're ours. And these days, they're up to some more good, raising money to support initiatives at San Francisco General Hospital and Trauma Center with three “Hearts in San Francisco” Chocolate Bars, a portion of each going to benefit the hospital.— Caleb Pershan
The Original Ghirardelli Ice Cream & Chocolate Shop is located at 900 North Point
Ghirardelli Square, and a store locator is available here 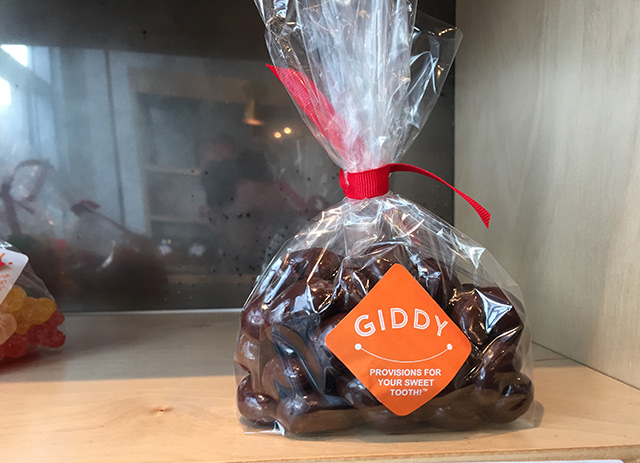 Giddy
We told you about this place a couple months back, and it's a cute new little candy shop in the Castro that features a bunch of nice local and/or artisanal chocolate products that your foodinista boyfriend/girlfriend will likely be thrilled by. There's also plenty of other stuff, like pate de fruits, malted milk balls, and hard candy, and prices aren't bad either.  Jay Barmann
2299-B Market Street at Noe 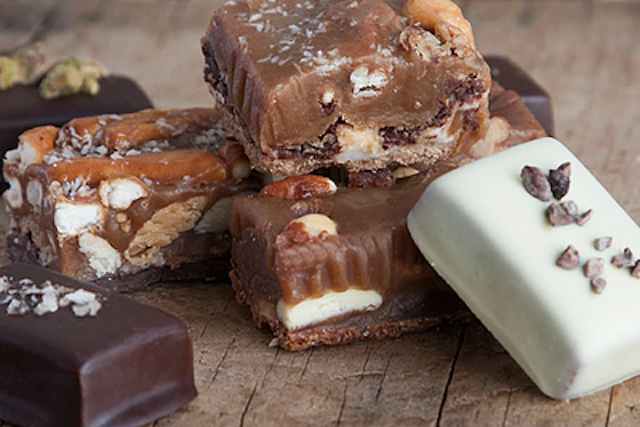 Hooker's Sweet Treats
The sugar high at Hooker's is surely one of the best attainable in the city. Yes, cake-soft bread pudding at this Tenderloin sweet spot is no secret, but if you haven't yet, it's time to try cult favorite caramels like the Original Hooker, wrapped in dark chocolate and topped with sea salt, or the 3rd Nut, with Hooker's original caramel on a bed of salted dark chocolate and (of course) topped with nuts. Thankfully you can ship these delights to all your loved ones, but with Sightglass Coffee and charming decor perking up the shop, it's best to stop in. — Caleb Pershan
442 Hyde Street between Ellis and O'Farrell Streets 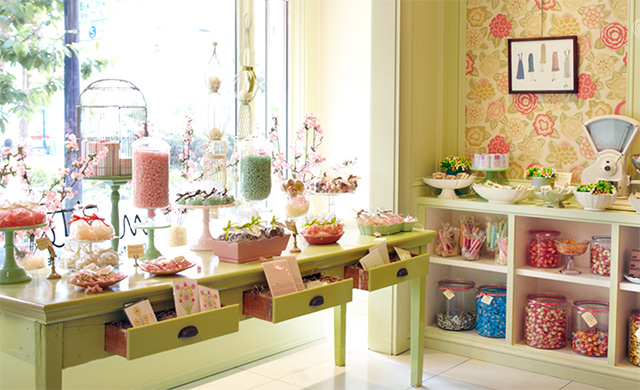 Miette
Now in four locations, including their Hayes Valley flagship, this cute, Parisian-feeling shop is as fun to shop in as it is to get fat from. Set up like an old-timey candy store with tables full of big glass jars, you can easily spend more money than you planned to assembling a bag of goodies for your loved one, or yourself. They specialize in their own house-made caramels, toffee, and marshmallows, which make for great gifts in themselves. But they've also got macarons, old-fashioned wrapped candy, and plenty of other stuff.  Jay Barmann
449 Octavia Street and other locations. 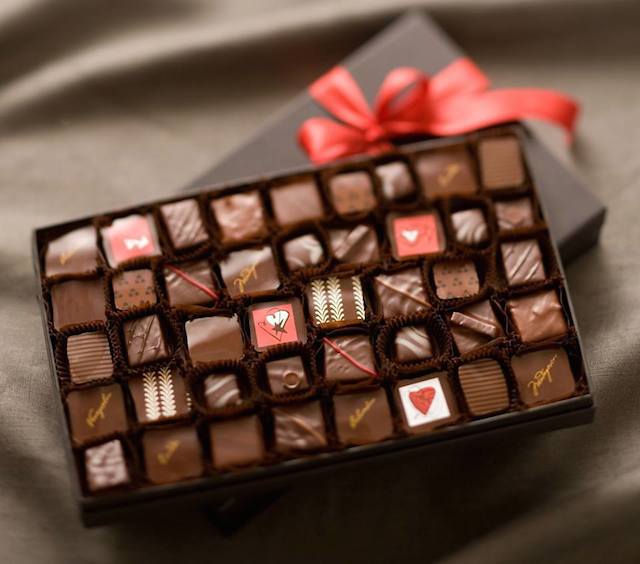 Recchiuti Confections
You can taste Michael Recchiuti's passion for the farmer's market when you bite into any one of his chocolates. It's there, conveniently close to the Recchiuti outpost in the Ferry Building, that he plucks inspiration and ingredients, like infusions of lavender, tarragon, and lemon verbena for seasonal offerings. With an eye for design, too, small squares sport Japanese block prints or local drawings, paintings, and etchings from San Francisco artists. And with places to taste in the Dogpatch, including a community and private events space called theLab, Recchiuiti is a treat for all seasons. — Caleb Pershan
One Ferry Building, Shop #30, and 807 22nd Street at Tennessee Street 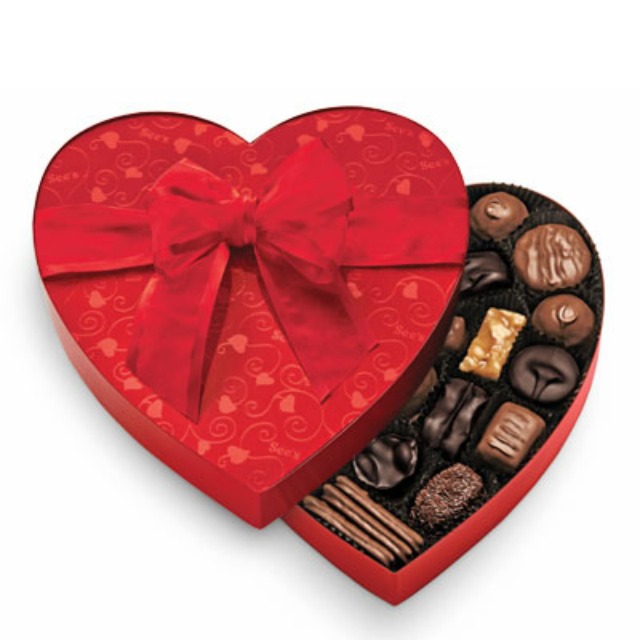 See's Candies
It's weird to describe a specific candy manufacturer as creating "comfort food" — after all, isn't all candy comfort food in a sense? But See's Candies is the non-pretentious, affordable candy that you can find pretty much anywhere and it's always going to be OK. Founded 90 years ago in LA, See's expanded to SF in 1936, and has been an American-made standby ever since. One of the few chocolatiers that offers certified-kosher product in most of their locations, it's also a reliable go-to for semitic event hostess gifts you need to grab at the last minute. Best of all, you can barely walk in the door of any of their 50-or-so Bay Area shops before one of their staffers is tossing you free candies to "sample" (and by sample I mean devour). Sometimes you want a no-bullshit piece of candy, and See's is the perfect place for just that. — Eve Batey
50 locations across the Bay Area, or online 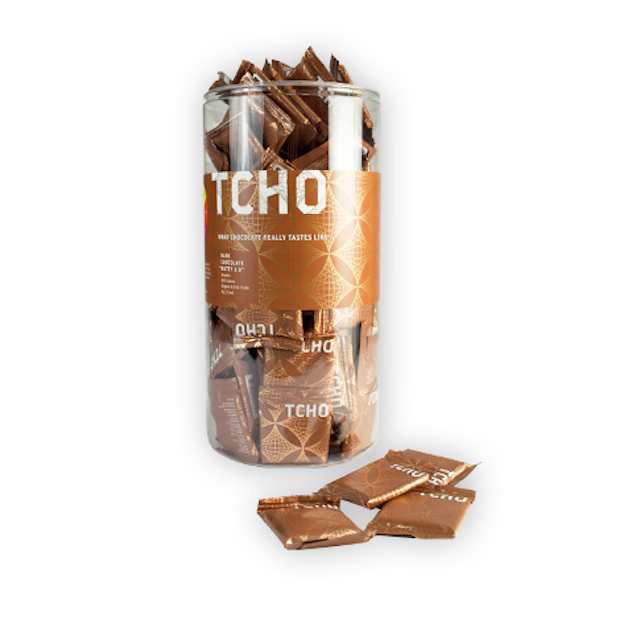 TCHO
As TCHO is quick to point out, theirs is a chocolate approach quite appropriate to our locale. Based in Berkeley after a move from the Embarcadero, the company works directly with cacao bean farmers to improve methods from fermentation to drying, and employs ideologies (and yes, buzzwords) such as "open-source." Currently, TCHO's CEO and president are the Wired magazine and Wired.com cofounders, because Bay Area. TCHO's products, from a TCHOtella Nutella take off to chocolates that come in a pillbox as "therapy," are widely available and used in just about every high end San Francisco sweet. It's this time of year that their gift boxes come in handy, which can be purchased online here. — Caleb Pershan
Westfield Centre Kiosk, 865 Market Street Between 4th and 5th Streets, and Whole Foods stores CocoaBella's 45 piece "ultimate box"

The price tag on those greener pastures east of San Francisco has been getting a serious markup. According to a report from local real estate site Trulia, rents in Oakland have increased 12.