Rex Ray, the San Francisco-based fine artist and graphic designer known for large-scale, brightly colored, 1960s-inspired, often psychedelic paintings, has succumbed today after a long battle with cancer. Ray, who'd been active on Facebook up until the last week of his illness, entered hospice care over the weekend and posted  or had help posting  one final message to friends this morning, saying, "I've left the building. xo."

SFist confirmed the death with Ray's gallery, Gallery 16 in SoMa, which submits their own obit that you can read in part below.

In addition to his paintings, Ray was well known to local concert-goers for having designed over 100 concert posters for Bill Graham Presents, including for shows by The Rolling Stones, Patti Smith, REM, Bjork, U2, and Radiohead, a couple of which you can see below. He had also done graphic work for Apple, Dreamworks, Sony Music, Warner Brothers, City Lights Publishers, and Matador Records, as well as package designs for Diamanda Galás, Matmos, and Deee-Lite.

Writing for ArtSlant last year on the occasion of a solo show at Gallery 16, Kara Q. Smith wrote, "[These latest works] reflect a zenith of Ray’s prolific body of work, beaming proudly forward, as the artist himself battles illness. Prednisporata represents Ray’s unrelenting need to create beauty, to create that which will never fade, even as his health flickers and dims."

From Gallery 16's obituary, in part:

Celebrated artist and graphic designer Rex Ray died on February 9, 2015 in San Francisco, California after a prolonged struggle with cancer. A major cultural force in the art, literary, and activist communities in the Bay Area, he was recognized for his collage pop aesthetic.

Born Michael Patterson in Germany on a United States army base in 1956, he grew up in Colorado Springs and studied fine art at the University of Colorado at Colorado Springs. In 1981 he moved to San Francisco, completed his BFA at San Francisco Art Institute, where he entered graduate studies. During an era of anti-beauty aesthetics, Rex Ray committed himself to a lifelong practice embedded in beauty.

His career took off with ubiquitous digital designs produced as guerrilla marketing for nightclubs and rock ’n’ roll shows. He created the first t-shirts and posters for the San Francisco chapter of the protest group Act Up. An innovator in graphic arts, he was one of the first to embrace Mac-based technology combining color xerox, photo souvenirs, and typefaces of his own design...

In the early 90s, rebelling against his own highly successful computer graphics business, he returned to his studio practice generating a prolific body of work. His collage and painting of the last twenty years is marked by the use of parabolic forms, double images, and seemingly infinite repetition of eye-popping compositions. In Rex Ray: Art + Design (Chronicle Books, 2007) acclaimed novelist and cultural critic Douglas Coupland writes “Rex’s art correlates closely to that of other artists who seemingly cross over from design or pop art graphics, such as Takashi Murakami or Ryan McGinness.” 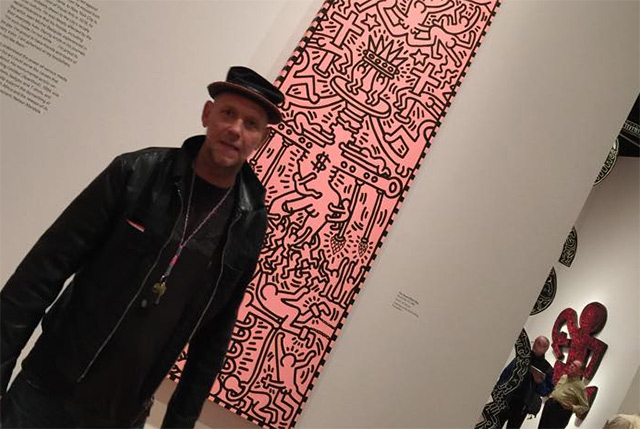 Some of his paintings and posters below. 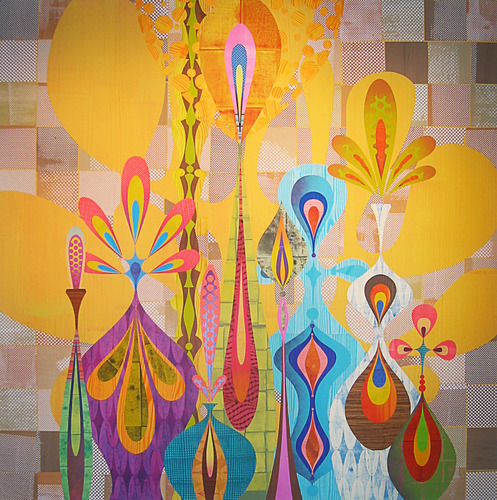 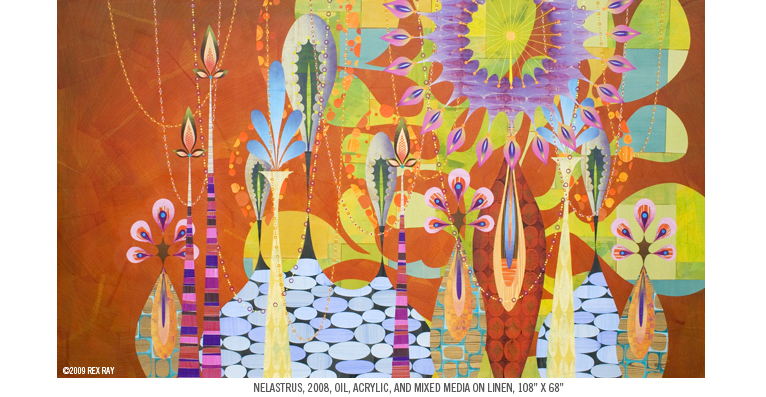 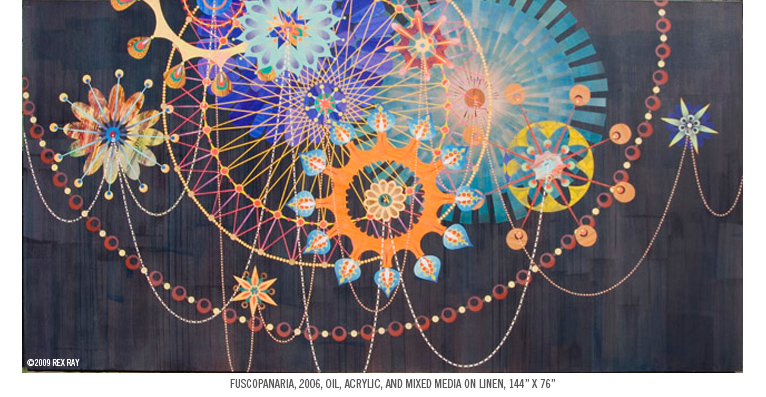 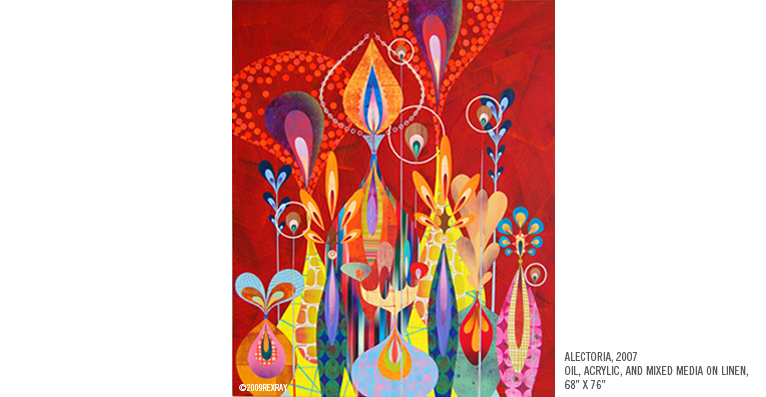 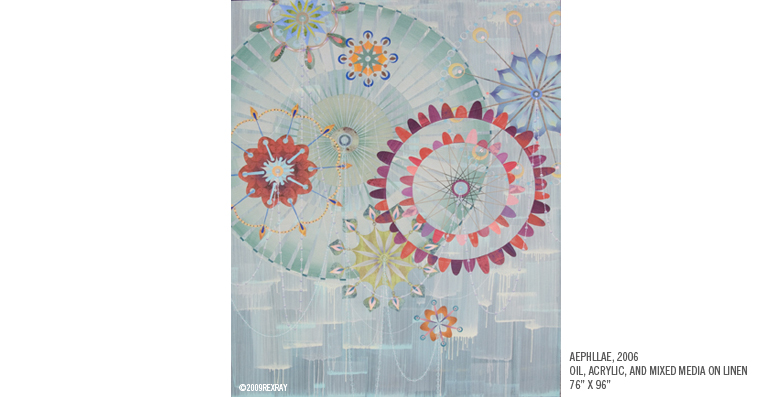 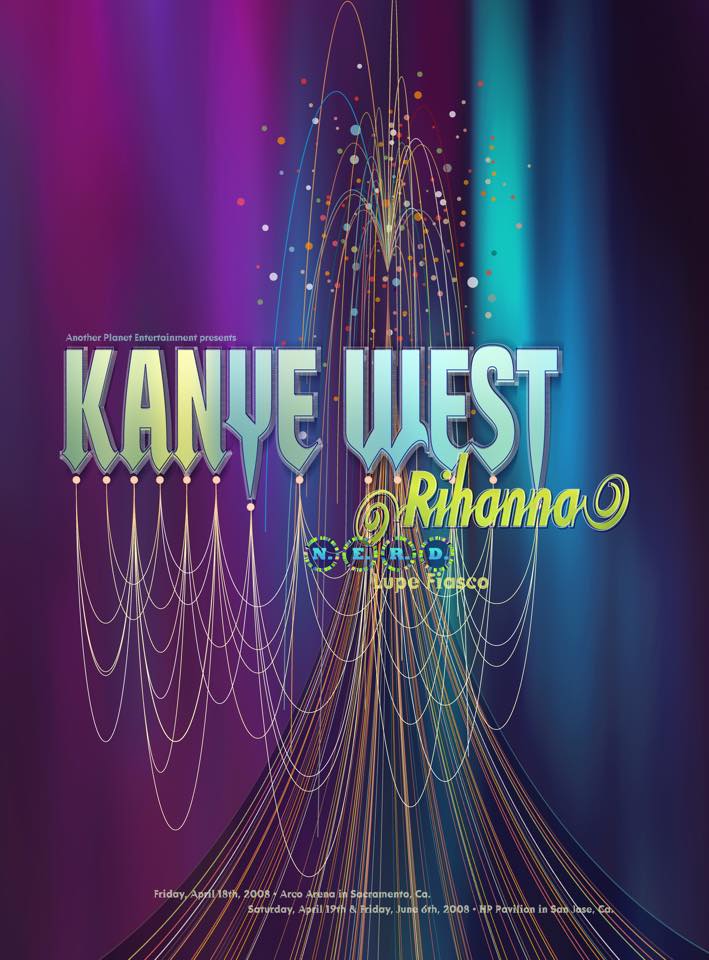 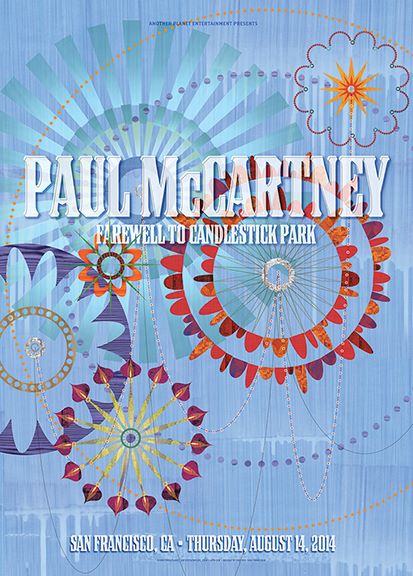 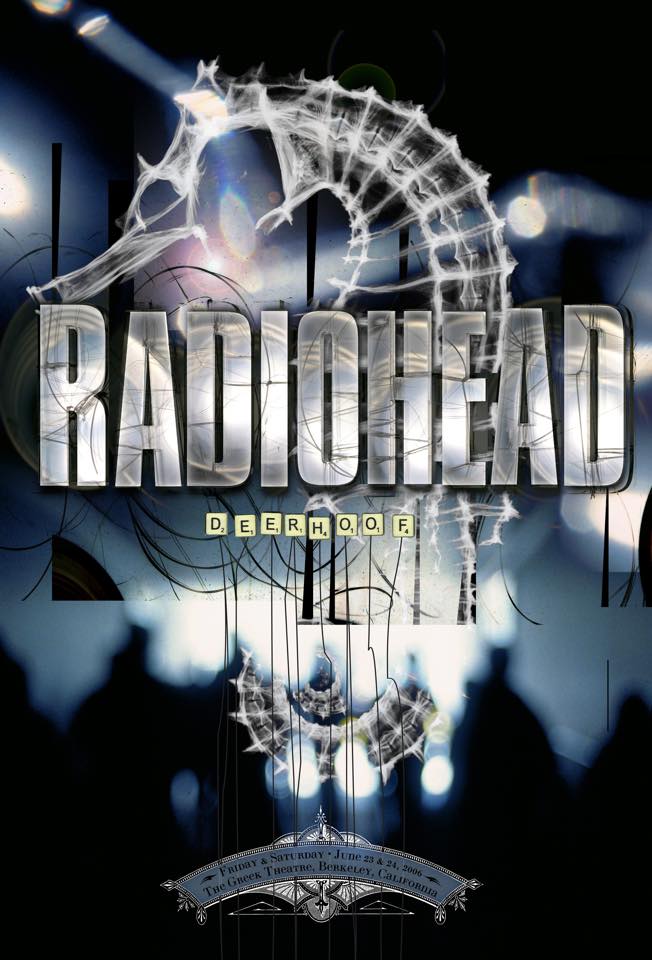 Ray, in one of the last photos of him, at the Keith Haring show at the DeYoung in December. Photo: Facebook

Two bar owners who just can't seem to get their fill of opening new bars, Ben Bleiman and Duncan Ley, are adding to their ever-growing portfolio once again, taking over the lease at

In a display of colossal disrespect for his $111,000-a-year maintenance planner position at the Public Utilities Commission, an adult man frequently urinated in a reservoir that is a source of drinking water

—
Rex Ray, SF-Based Artist And Designer, Dies At 58
Share this