Of the Bay Area's 44 BART stations, the Chronicle is calling out two as the safest and two as the most dangerous based on crime. Their analysis studied 10 months of crime statistics, January through October, provided by the BART Police Department for 2013 and 2014.

Overall, violent crime was up 5.6 percent from 2013 to 2014, assaults causing serious injury rose 27 percent and lesser assaults and batteries rose 26 percent. There was a 10 percent increase in calls for police assistance, with vehicle thefts up by 31 percent. However there were no homicides, robberies were down 32 percent, and felony arrests decreased by 6 percent. 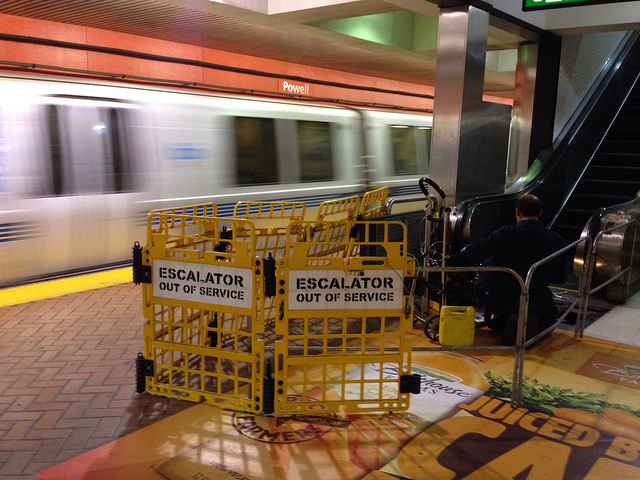 Including "quality of life" crimes like public urination, disturbing the peace, and vagrancy, Powell Street Station ranks as the worst/most dangerous. Assault and battery incidents and thefts are more common here than elsewhere, as are felony and misdemeanor arrests. Powell Street Station has it's own police substation with a holding cell. And BART began a controversial plan this past summer to keep people from sitting or lying down in the station, with the agency claiming that police are enforcing a building code requirement to keep station access clear. Meanwhile, advocates have complained that homeless people are being unfairly displaced. 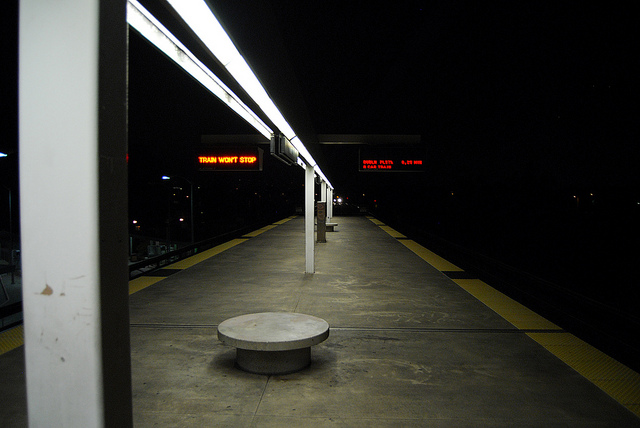 Southern San Leandro's elevated Bay Fair Station, which the Chronicle calls "drearier than most" and in "the midst of concrete suburbia," is also a standout in crime statistics. These reveal a high number of robberies and thefts. Bay Fair Station also has its own BART police substation. 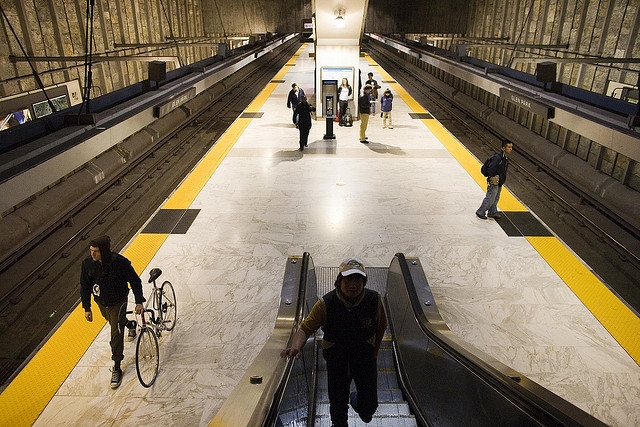 By contrast, crime at Glen Park Station is low, with the paper calling it something of a "leafy green" paradise. Police recorded just four violent crimes at Glen Park in 2013 and 2014. Last, SFO Station, while boring and sterile, is also fairly crime free. Obviously.

There were other stats to highlight, writes the Chronicle:

Hey, remember that guy who, occasionally dressed as a clown, robbed a bunch of pharmacies in San Francisco this fall? Well, police said Friday that he'd been robbing banks too...and that they

In Noe Valley, a resident captured this DropCam footage of a pair of thieves casually swiping a package from a doorway and shoving it in a shopping bag last Thursday. As the uploader

—
The Safest And Most Dangerous BART Stations
Share this