We now have a winner in the contest to design a park connecting Crissy Field to the Main Post of the Presidio over 13 acres and a pair of tunnels replacing Doyle Drive.

This, the New Presidio Parklands Project, comes as a partnership between the Presidio Trust, the Golden Gate National Parks Conservancy and the National Parks Service. There were five finalists with several calling for food trucks and beer gardens, but it doesn't look like we'll be seeing those.

The winner announced today was James Corner Field Operations, notably of New York's architectural sensation The High Line. The team will now make good on its plan for what they were originally calling Presidio Point, but they didn't invoke that name today, so we'll have to wait and see what they end up calling it.

In a statement on their website, which you should check out to see some renderings, the design firm says "Field Operations is honored to help envision this amazing, world-class site, bridging the Presidio with Crissy Field, the Marsh and the larger bay." Corner has also designed Freshkills Park on Staten Island and the Central Waterfront in Seattle.

The winning design extends the Main Post’s central lawn into a bluff over those new tunnels. It also includes an expansion of the existing Parade Ground, and as required for submission, it provides educational opportunities in the form of a “youth zone” along Mason Street.

From the original Field Operations proposal: "The proposed “Presidio Point” would maximize the panoramic and connective assets of the surroundings, choreographing the best vantage points with dramatic new pathways, overlooks, lawns, gardens and social spaces." 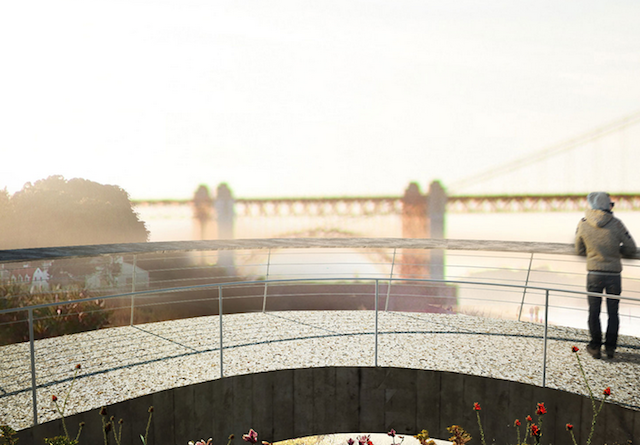 Perhaps we should just be happy that a winner was actually chosen, remembering that the trust’s seven-member board rejected all finalists in a 2013 competition that included the proposed Lucas Museum.

The projected opening of Presidio Point (or whatever) is 2018 and the estimated budget is $51 million of which more than $34 million already has been raised from private foundations, according to the Chronicle.

The New York Times reported briefly on the selection, but they failed to mention the fact that they're jealous.

Nearly a full year after a man driving for Uber allegedly struck and killed a 6-year-old girl, the San Francisco District Attorney's Office has decided to charge him with a single misdemeanor count.

The story of Palo Alto’s last remaining trailer park is pretty fascinating. [The Awl] How people in SF commute (at least, as of 2013). [Socketsite] Sidecar allegedly plasters stickers all over SF,