Actress, comedian, singer, and much more Margaret Cho started busking for the homeless at Haight and Ashbury this week.

And she'll keep doing so whenever she can for the next two months in memory of Robin Williams who co-founded Comic Relief to raise money for the homeless, reports Demotix.

Cho will tweet her location, and it's possible you'll get to see a lot of her ink, as viewers could yesterday at Castro and Market. Pics or it didn't happen? Reader, it happened: 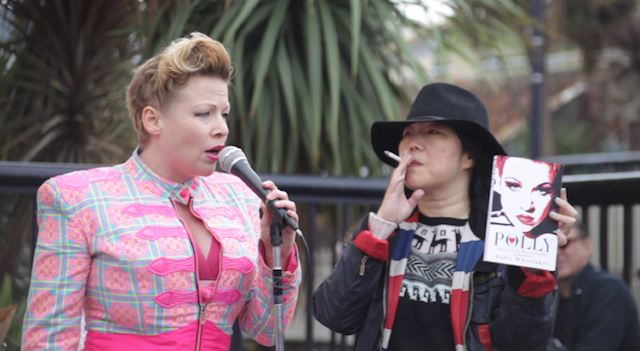 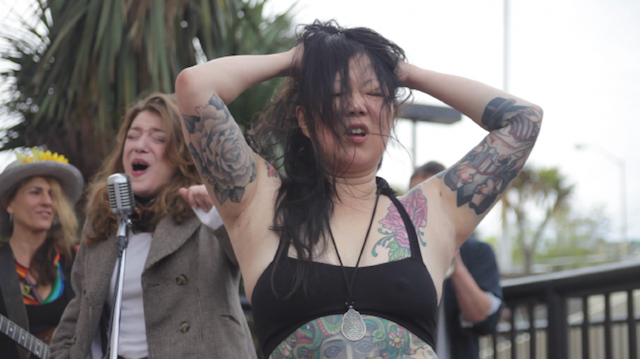 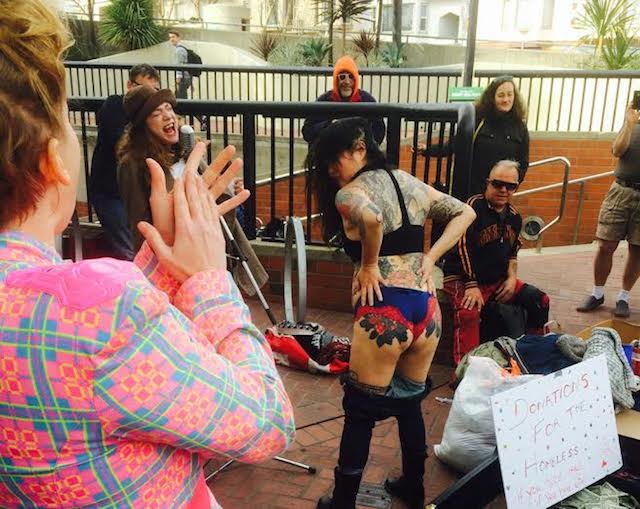 Several weeks ago, Cho had a guest appearance at Harvey's in the Castro, performing comedy on some rather dark subjects and her return pilgrimage to her native San Francisco.

Here are some recommended items to donate if you make it to any of the free Cho shows (always at noon) according to Broke-Ass Stuart.

Police Captain David Lazar of Central Station says that from January 1 through September 30 there were about 1,800 car break-ins, up roughly 400 percent from the same period last year. "Are

This is really fun, you guys! Canadian musicians Andrew Huang and David Brown of Boy in a Band presented themselves with the challenge of naming and demonstrating 26 musical genres in alphabetical order.