You guys, it's the most wonderful time of the year: Orange October! Now is when our fair city joins together in the warm-and-fuzzy bonds of civic duty... or maybe that's just the continual buzz we've had going since the Giants won the Pennant. Having finally recovered from our 2012 hangover (oops), we're gearing up to watch every single one of these World Series games in style, complete with delicious food and thoughtful (read: cheap) drinks. And while there's no shortage of go-to sports bars and neighborhood spots to watch (see our thoughtful and thorough roundups here and here), we've created an itinerary of sorts for your game-watching pleasure, spanning a variety of neighborhoods, and often, involving food to go with all of those celebratory shots you'll be taking.

Presenting your game-watching, specials-hopping itinerary (change locations during commercial breaks, obviously), with suggestions for Games 1 through 5. These offerings will be available during all games, so maybe prioritize the ones that pique your interest most by Saturday. Because predicting a sweep is totally not something we'd ever do, particularly in print, but it can't hurt to be prepared. 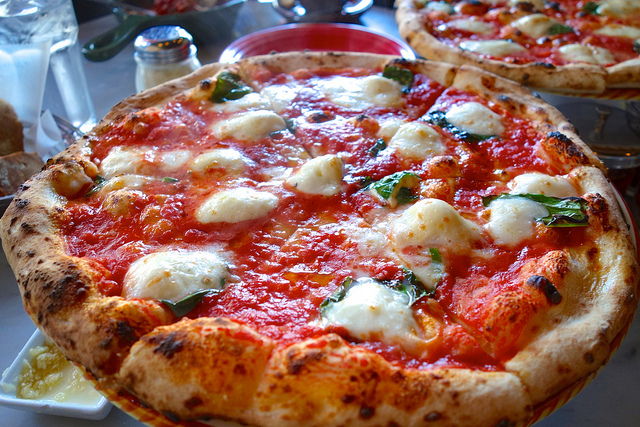 Get in the championship spirit with another San Francisco champion: Tony Gemignani of worldwide pizza-making fame. He's celebrating the release of his shiny new cookbook, The Pizza Bible, tonight at his eponymous North Beach restaurant. He'll also be showing the game in full force, because otherwise he would likely get kicked out of the city. $29.99 gets you a copy of the book, unlimited pizza and cocktails, and a room full of new friends to high five when the Giants score. Also: pizza, beer, and baseball is a time-honored combination. Because you'll find yourself in North Beach, you can continue celebrations at any a number excellent bars, or maybe even score a table at Tosca when the game's done (if you're not sickeningly full from all of the pizza you just housed).

What/Where: An After Work Cocktail Crawl, Downtown to the Castro 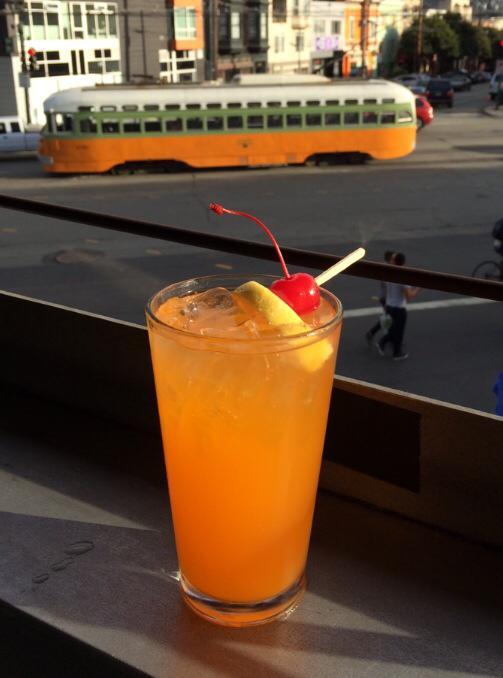 Orange October at The Lookout.

San Francisco businesses haven't yet pulled it together to declare World Series Week a citywide holiday (foolish), so inevitably, you're going to be doing some game watching near the office. Fortunately, a number of choice spots are offering cocktail specials, screenings, and similar. We think you should make a crawl of it, because really, why wouldn't you? This version kicks off at Schroeder's (maybe at lunchtime?) with a Black and Orange cocktail, featuring black cherry juice, orange juice, and vodka served on the rocks. Continue in the afternoon at Burritt Room who may not be showing the game (gasp), but is doing a "Los Gigantes" cocktail featuring orange liqueur, black porter, bourbon, and lemon. Sneak out of work early, pregame with one of those, then get on over to Rye where they will both be showing the game (phew) and featuring Aperol Spritzes, "the official cocktail of the Giants." Because the idea of Hunter Pence sipping something brightly colored and bubbly is delightful, we'll take that at face value and toast accordingly. When you find yourself getting hungry, get over to The Lookout in the Castro which a) has food b) has a whole new delicious food menu courtesy of Wes Rowe of Wes Burger. The game will be on all kinds of screens, and you can get apple pie shots plus a nutsack (spiced nuts, but heh) for $8. They've got an $8 Orange October cocktail featuring citron vodka, pineapple juice, and Sunkist soda in a pint glass, which will be a better idea after a cheeseburger and a massive bowl of queso.

What/Where: After Work Bar Crawl, Round Two, SOMA to the Mission

A mango lassi at Curry Up Now

You've had a day of rest between games (oh yeah, so have the Giants), the boys are back on our home turf, and you're ready to go big Friday night. Specifically: you're ready to end up in the Mission where the likelihood of street parties and ragefests are far more likely, despite the fact that this is just Game 3 (details!). Start in SOMA at Radius, where you can ease into the night on their back patio with $4 draft beers, $12 half carafes of wine, and 25% their menu of tasty apps like po' boy tartines, fried gougères, and steamed mussels. Hustle down to the Mission and get to Curry Up Now where you can find the game on a huge projector screen and get a free mango lassi if you're wearing Giants gear (which obviously, you will be). Take town a massive and delicious Indian burrito, then scoot over to Chino for more game watching, boba slushie cocktails, and a big ol' pile of noodles. What comes after is up to you... you're on 16th Street in the Mission and the Giants just played, so we think you can take it from here. 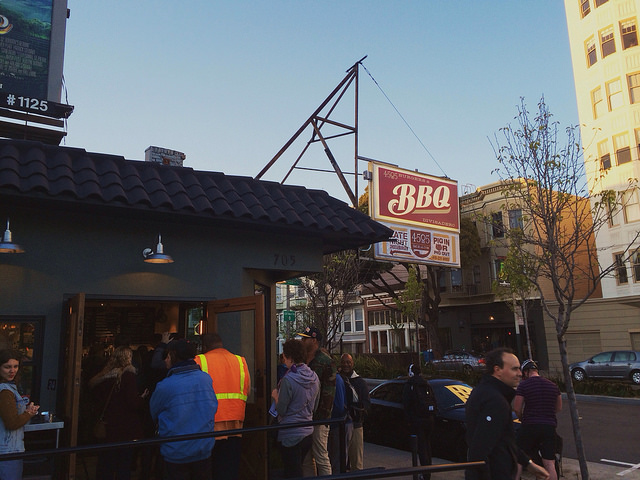 We're so excited about this one that we were tempted to list it first in our game watching itinerary. But, big games deserve big plans, and game four will, um, probably be exciting. Do it right at 4505 Burgers and BBQ on Divisadero, where you can watch the game on their patio and feast on a whole hog smoked over hardwood (they're cooking up a whole pig for each game). Of course, they'l have their whole menu of delicious, delicious meat-stuffs, beer will be flowing, and you may or may not be dancing on tables before the night is through. This is an event with no crawling required because, uh, whole smoked pig. 4505 Meats. Done and done. 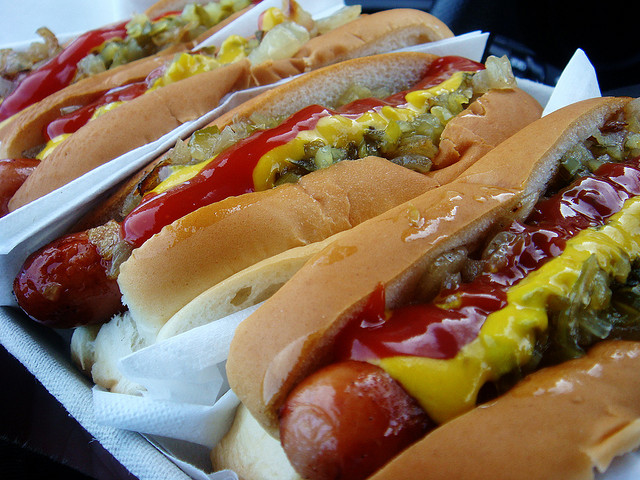 Take a deep breath and center yourself with a little game watch in the Potrero. Newly relocated and reopened Mochica will be showing the game and slinging all kinds of pisco cocktails which, in addition to being delicious, harken back to San Francisco's colorful drinking history (Pisco Punch has a storied place in our city's history). After a stimulating dive into SF drinking tradition, head over to Market & Rye for a full immersion in good ol' American baseball-watching style: $1 hot dogs, $ french fries, and $1 Bud Light and PBR. Like, what?! Is that real?! San Francisco-style specials include $2 tacos, $2 Anchors, plus half off pizzas from Mason next door. Keep in mind that you're conveniently near both the Mission and 3rd Street (a straight shot to AT&T Park), you know, in case.

Back in February we learned that the extremely old remains of a person thought to be of Native American descent were found during the excavation for the Transbay Transit Center. It turns out

The Oakland Mayor's race has, historically, been a bit of a circus. Back in July we noted the 21-candidate race included a dog named Einstein who was being put forward by the Occupy

—
Where to Watch the World Series (Eating & Drinking Edition)
Share this