I'm from the Midwest, and have been living in San Francisco for about a year and a half. In the Mission, to be exact, on sometimes smelly but always interesting Capp Street. My parents are coming to visit me for the first time, and are claiming to be "very interested" in exploring my neighborhood. Obviously, There's no shortage of restaurants in my neck-of-the-woods, but where can I take them that a) won't have an impossibly long wait b) won't be crazy-loud c. won't scare them? They are very into living in the 'burbs, and have suspicions that I'm living in squalor in a crack den (which, well, semantics). Any tips for parent-friendly Mission eating?

The parent dinner spot! An important question in any young man/woman's independent city living life. Or something. Alright, if you're worried about scaring your parents with your gentrified-if-still-colorful 'hood, I'd say sticking to Valencia (and westward) is a solid bet. They'll get plenty of interesting city scenes (ideally, none of which involve defecation), while likely being more shocked by how expensive everything is versus that guy with a needle in his arm screaming unintelligibly at them.

Where to go? Range is a total win — it's not only dependable for it's excellent, seasonal food (and equally excellent cocktails), it manages to keep noise levels below a dull roar (also, it's charming as hell) — parent-approval, guaranteed.

Or how about Abbott's Cellar? You can show off your craft beer knowledge, while mom and dad can gape at the gorgeous, well-lit architecture. They can get a crash course in thoughtful California cuisine (and beer pairings!), and you can even take them to Dandelion, or Craftsmen & Wolves for dessert. Mission Beach Cafe does a delicious dinner and almost always has reservations (none of that massive brunch crowd nonsense); you can even take them on a little historical walking tour of Mission Dolores. 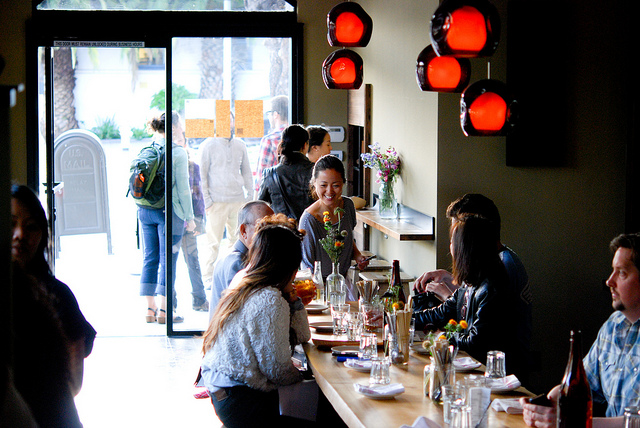 Want to get a little more adventurous with cuisine? Dosa on Valencia, Udupi Palace, Yuzuki, and Namu Gaji are all great options — your parents may think that they don't like beef tongue tartare, but we both know that that's just silly (maybe not, but that means more beef tongue for you!). Bar Tartine is a little on the loud end, but the bread alone will win them over in no time (not to mention the rest of the creative deliciousness on offer).

As for a total hidden gem, Tuba on Guerrero makes some of the best Turkish food in town, is family-run, and is exactly the kind of place where your parents will find themselves bonding with the gregarious owner. 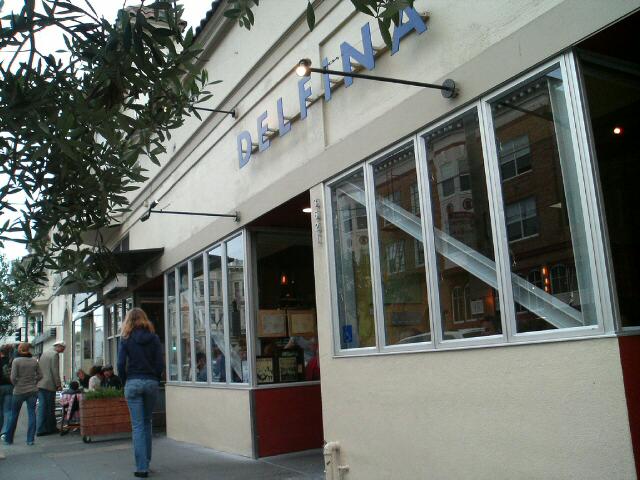 Of course, there's always Delfina (the Pizzeria, too, though that's much louder). Gorgeous, fresh-made pastas, big California flavors, and the kind of restaurant cred that impresses locals and out-of-towners alike — this is the kind of restaurant made to impress your folks. Snagging reservations could be tricky, but it's worth a shot — or, show up early and take them for an evening stroll while you wait. Bi Rite for dessert is an obvious must, though you run the risk of making them love your neighborhood so much that they'll threaten to move in with you.

I feel the cautionary instinct of keeping your parents away from your part of the Mission, but give them a little credit — they may well get what you love so much about where you live. At the very least, 20th Street is a nice compromise — maybe you'll luck into a table at flour + water. And I heard tell of a friend's parents absolutely digging Trick Dog. Whatever part of the Mission you choose, I'm sure that your neighborhood love and pride will win out in the end.

California State Assemblymember Marc Levine, who represents Marin, has taken up the cause of renaming the Waldo Tunnel in honor of the late Robin Williams. As Live 105 reports, with Williams' family's blessing,

As if downtown's Salesforce convention street shutdowns weren't set to make downtown San Francisco traffic a total hairball this afternoon, now the President's coming to town to muck it up even more. THANKS