The new sit-down Mexican spot coming to the Castro from the Hi Tops team, Bandidos, is now set to open next week, on September 2, right after Labor Day. Owners Dana Gleim and Jesse Woodward once again paired up with consulting chef and Top Chef alum Jamie Lauren, who did the food menu for Hi Tops, to create a modern Mexican menu that's features traditional dishes alongside new twists, like an Al Pastor Puffy Taco served in a flauta-style shell with grilled pineapple salsa; and clams with toasted garlic telera bread, chorizo, and roasted tomatoes in a beer sauce.

As Gleim says, "My fiancé and I love Tulum, Mexico and travel to the region often. [And] working with Jamie, we were inspired to create a menu influenced by our Mexican travels." Woodward adds, "Dana and I love the neighborhood and, after noticing that there were a lot of amazing taquerias, it was lacking a more formal Mexican-inspired dining experience."

It should be noted that their landlord in the space on the ground floor of The Century is none other than Leticia Luna, who also owns the Hi Tops building and formerly owned and operated the sit-down Mexican spot Leticia's, which closed over two years ago to make way for The Century on the same property.

Bandidos will feature a large selection of tequila and mezcal, as well as a tequila/mezcal-driven cocktail menu (see details below). It should be noted that the cocktail menu was developed by Brent Butler (bar manager at West of Pecos), and his wife Regina Schauerte under the umbrella of their new consulting business SipCraft.

The space features spacious booths, oversized communal tables, and lots of dark wood  and we should have some photos to share soon.

Update: Eater has some nice photos of the space. Here's another below, via Facebook. 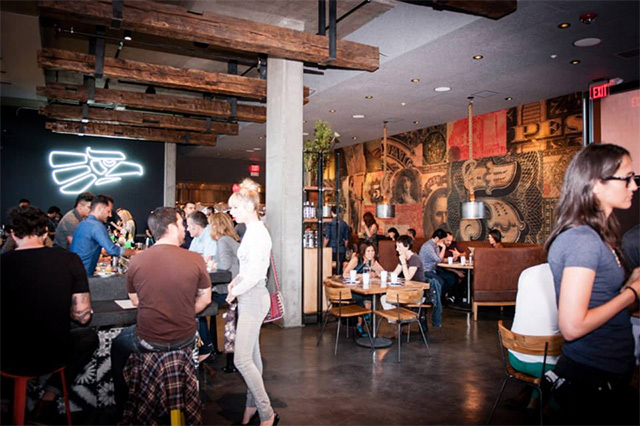 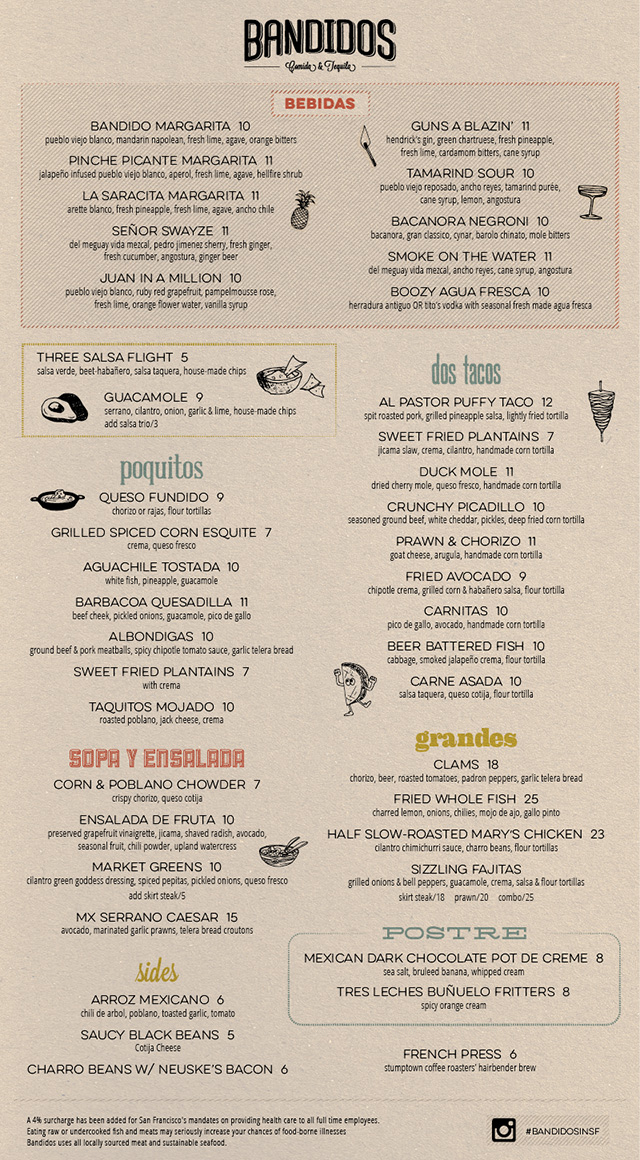 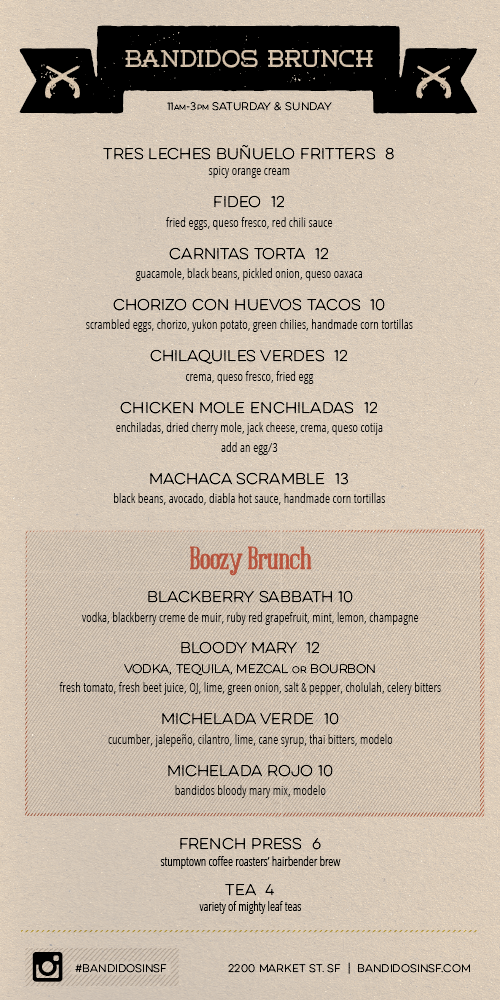 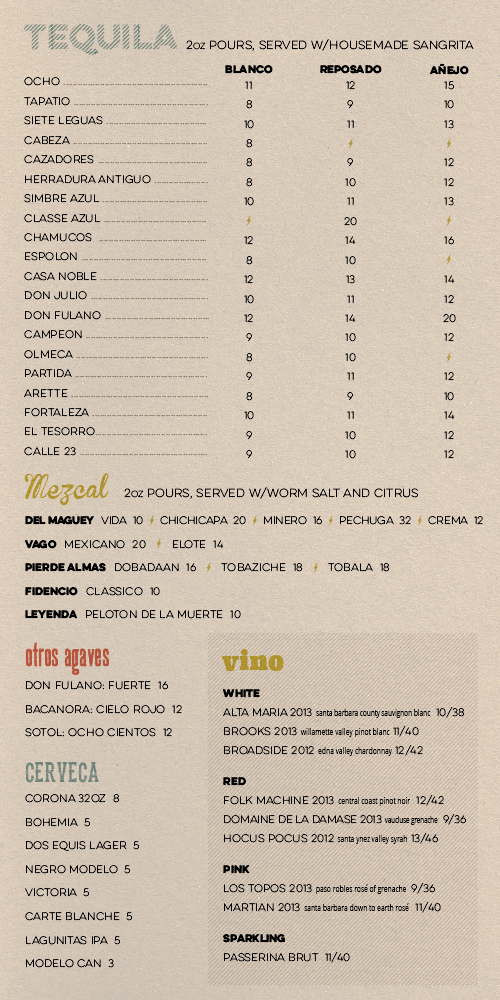 As you probably heard, despite a lot of mixed reviews, HBO's S.F.-set gay dramedy Looking was renewed for a second season, and shooting is now starting up again here on location.

Everyone said she probably wasn't going to stop, even though she pretended to be all contrite after getting released from jail in L.A. two weeks ago. And now poor, possibly insane Marilyn

—
Exclusive: Here's the Menu For Bandidos, Opening In the Castro September 2
Share this