Do you recognize any of these thieves? SFist has gotten a couple of direct reports in recent days, as have other news media, about separate incidents of office burglaries in different neighborhoods, involving different perpetrators. In one instance, a female thief who appears to have a universal access key for a particular type of security system, has burgled a couple of offices in the Financial District and SoMa along with at least one accomplice. In another instance, a thieving duo inquired at and cased several startup businesses in the Mission district over two weeks and made off with at least one laptop, and possibly more.

As mentioned last week in our piece about the population boom, petty crime has been on the rise, and this includes both property crimes like car break-ins, and office-break-ins like the ones we're hearing of this week.

In a set of incidents involving the company BuildZoom, whose offices are in the Yerba Buena vicinity, a female thief has been caught on surveillance cameras entering the premises multiple times using what seems to be a universal key code for DoorKing/DKS access systems.

As BuildZoom's David Peterson tells us, "This means that no matter how often we change our entry key, she can reset it." Now, one would think the security company ought to be able to fix this bug or change their own universal code, but I digress. Below is footage of the woman breaking into their offices, emptying a plastic bag of trash, and quickly filling it with laptops and whatever she can grab. Footage from another business, DemandLocal, on Belden Place, appears to show the same woman breaking, entering, and burgling. Peterson is offering a $2,500 reward for information that leads to her arrest.

The first videos are from the morning of July 6 around 7 a.m. 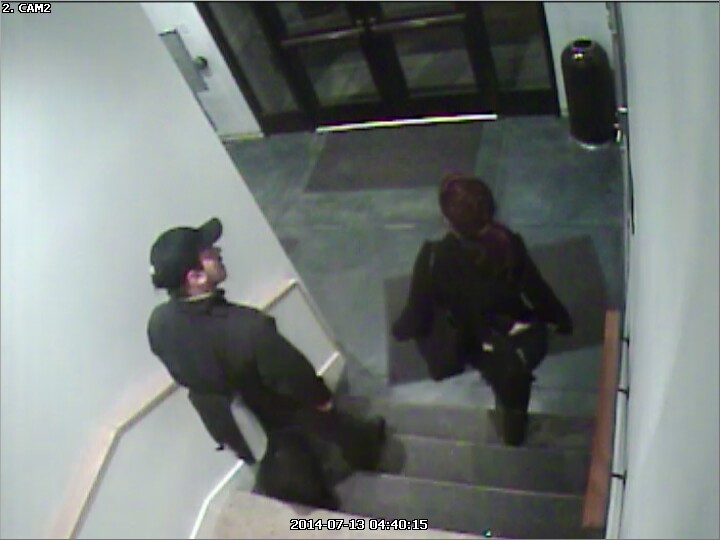 In a second segment of video from that same morning, at the 0:42 mark, the woman appears to set off an alarm, and flees.

And this video of what appears to be the same woman with her accomplice came from a different startup in a building near BuildZoom's, which was also burgled on July 6 and 13.

Then! In an entirely separate set of incidents, a Mission business owner who prefers to remain anonymous, whose business is on the 400 block of Shotwell, reports to SFist on the repeated presence of a pair of individuals who talked their way into her building and allegedly stole her laptop on July 14. She retrieved some surveillance footage via the building owner. Because of the photos below, one of the two suspects was identified and arrested 10 days later when he returned to the area to case a building near the Verdi Club. The other suspect remains at large. 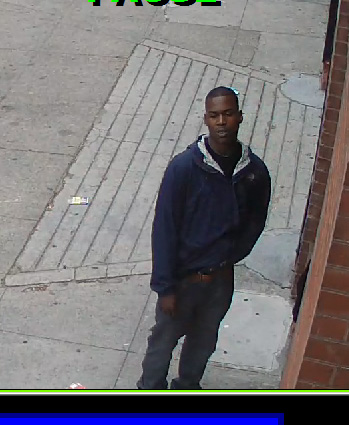 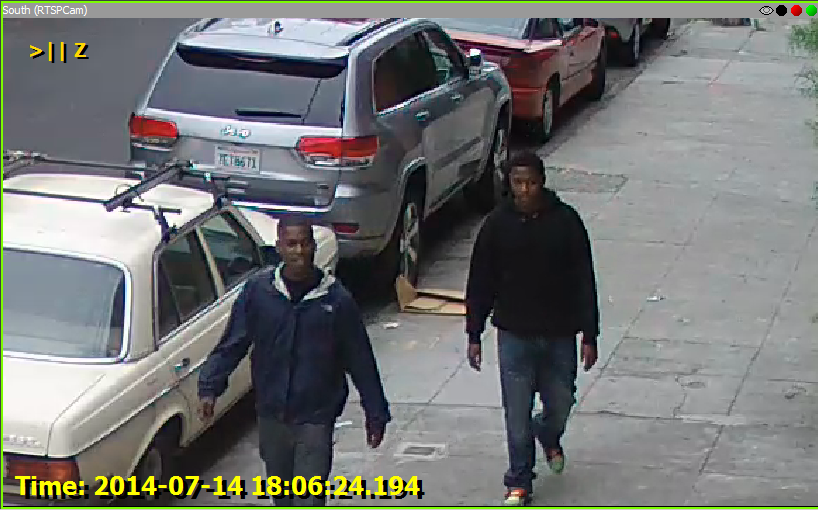 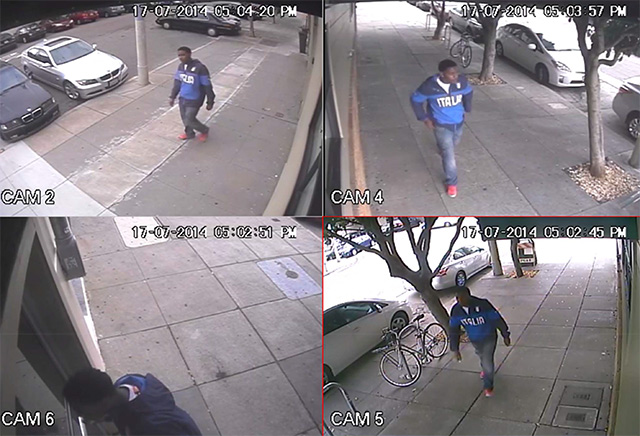 As SFPD spokesman Officer Gordon Shyy told SFGate this week, "We can [confirm] ...that there have been more reports of burglaries [recently]." He adds, "In the past, some burglaries may have gone unreported because businesses may not be able to verify missing property was due to a crime or not. Now with video surveillance, businesses will verify the burglary and call police."

So, be sure and report any similar burglaries, because these serial burglars don't look to be slowing down anytime soon.

"Have you guys seen some of these episodes?" asks Benu chef Corey Lee when chef Daniel Patterson and his wife Alexandra make their first stop on a Vice tour at his restaurant. "You

The California Rail Map has released a rendering of downtown San Francisco in the year 2030, which includes current, under construction, and planned buildings. It technically isn’t a photo, but rather an