Two volunteer cartographers, we're told, have been working for ten years to improve upon Muni's current, highly confusing bus and Metro route map, which is a convoluted tangle of rainbow squiggles, inexplicable boxes, and dotted lines.

The new map, which Streetsblog tells us will be rolling out over the next nine months and installed in most bus shelters by March 2015, makes a priority of highlighting the fastest service routes, like the Metro, with the use of bolder lines. And, hopefully, it will make more sense.

I say hopefully, because all we have to go on right now is the detail below, courtesy of cartographers David Wiggins and Jay Primus, who I repeat, worked without pay. The map has not yet been finalized and still has some more bureaucracy to get through, but you can read more details about it in this SFMTA document. 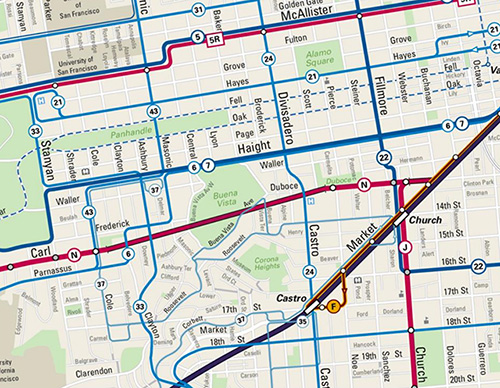 Compare that to this atrocious mess, which we've been living with for, well, more than a decade now. 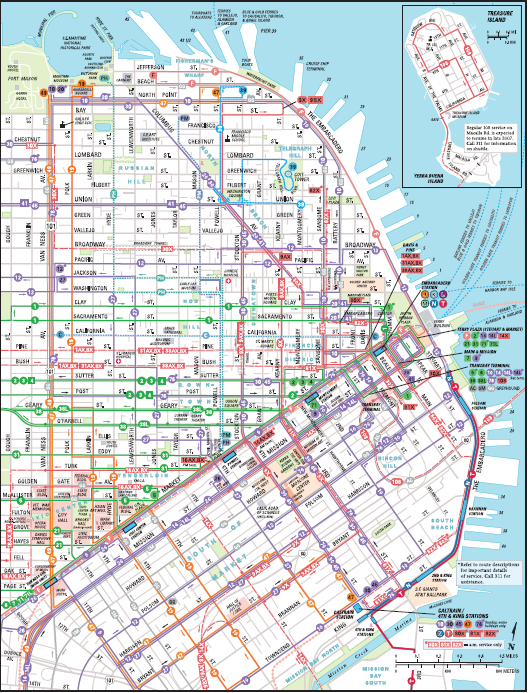 And now compare that to the quaint days of 1947, when Muni operators all looked like this, and when the trolley and cable car lines were a lot less complicated. And there was no Express or Limited or Owl service. 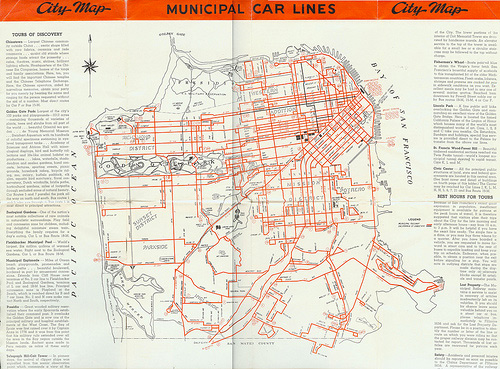 We look forward to seeing the new one, in its complete form, and deciding whether to cheer or complain.

Gothamist Managing Editor John Del Signore is in San Francisco this week judging our coffee consumption and pointing out the obvious. Below, he judges San Francisco's beauty through his New Yorker eyes. I

By Beth Spotswood While alcohol can definitely enhance certain experiences, it can also ruin others: like driving a car or healthy communication. More importantly, booze isn’t necessary to have a good time;

—
Will This New Muni Map Make Life Any Easier?
Share this