Starved as we are for celebrity sightings that don't involve Mark Zuckerberg or Robin Williams, we bring your attention this a.m. to the very important news that Ryan Gosling was in San Francisco last night. In fact he may not have checked out of his hotel yet, or he may be here for more than one day.

Gosling has been keeping a very low profile lately, but he was at the Tuesday night screening of a movie he's producing, White Shadow, which first premiered at Sundance this year and got a Grand Jury Prize nomination. It's directed by Noaz Deshe and it's the story of an albino boy in Tanzania, not quite a teenager, who's being hunted by witch doctors who want to chop him up for his prized albino body parts.

After the screening, which was at the Sundance Kabuki, he managed to score a table at State Bird Provisions because celebs can do that, and it looks like he may have been dining there with director Deshe.

The photo comes via the cellphone of the uncle of Twitterer Camille Ruvalcaba. But somehow Beth Spotswood heard the news last night, because she's that tied to the pulse, ladies and gentlemen.

I am receiving word that Ryan Gosling is at State Bird Provisions. So, does this mean they have available reservations, because...

Here's the red carpet photo of a scruffy, under-dressed Gosling. Because, after all, it's just the San Francisco Int'l Film Festival. 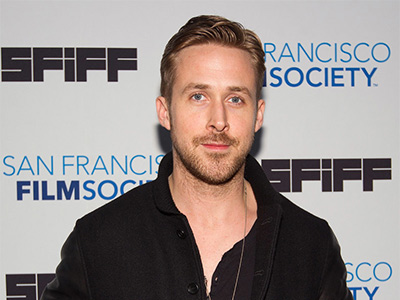 Though it would be far more meaningful at the state level, Supervisor London Breed has a backup plan for some cell phone kill switch legislation in San Francisco. State Senator Mark Leno has

—
Attention Everyone: Ryan Gosling Is In Town, Ate At State Bird Provisions
Share this