Apparently, people in San Francisco like waiting in lines for food (a lot). Sometimes, that wait is worth it. While You Wait, SFist's guide for how to pass the time while trying to get into San Francisco's most ridiculously popular restaurants, is here to help.

Minimum wait time at Mission Chinese for party of four, Thursday, 7:45 PM: one hour and 40 minutes.

Not all acclaimed (?) restaurants are expensive. Case-in-point, Mission Chinese, the smoking hot second restaurant from chef Danny Bowien. Bowien’s Gonzo menu of American-Chinese food riffs has led to awards, accolades, and a second location in New York’s Lower East Side. The San Francisco spot is just as garage rock in style as the food, too; paper lanterns dot the ceiling, bottles of Tsing Tao are everywhere, and more likely than not, the soundtrack will include the best ‘90s rap you can imagine, played loud.

Like any restaurant with this kind of cool factor, Mission Chinese is crowded. And yes, it's still crowded, despite Bowien's move to New York, which has arguably led to a decline in the food's quality. Still, the ample portions of spicy, appropriately greasy fare don't taste bad after a few beers, particularly after a long wait. If you get in, you don’t want to miss the Chongqing Chicken Wings, tossed with fiery-red explosive chili peppers and fried tripe; the Thrice Cooked Bacon, rich, smoky, and served with rice cakes; or the Kung Pao Pastrami, a Jewish-Chinese food mashup that should have happened centuries ago. But be honest with yourself about your spice tolerance, because you will be in tears if you’re not careful.

Anyway. By the time you get a table, you will be hungry, which is good. Until then? 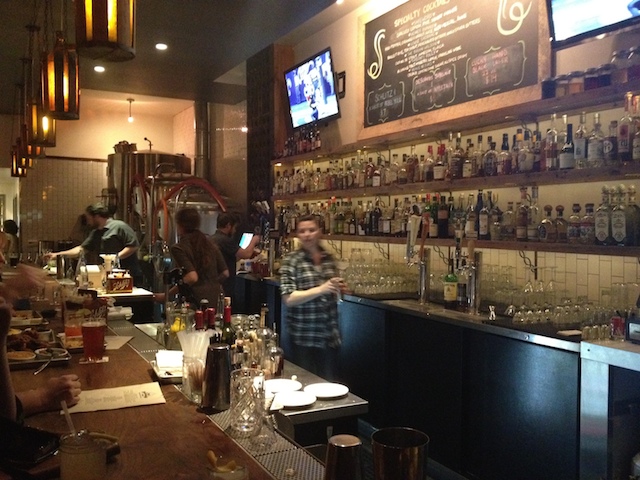 Say what you will about barbecue in San Francisco, Southpaw has a mean selection of smoked meats, hearty sides, and Southern-style snacks. But that’s not what you’re here for. You’re here for their cocktails, featured on maybe one of the best kept cocktail list secrets in the city. Try Mishi’s Regret No.2, a blend of mezcal, cassis, and a burning habanero tincture, or go for a whiskey flight, pulled from their impressive 70+ selection. It’s not on the menu, but they pour a delicious pickle back, too, featuring a housemade brine. 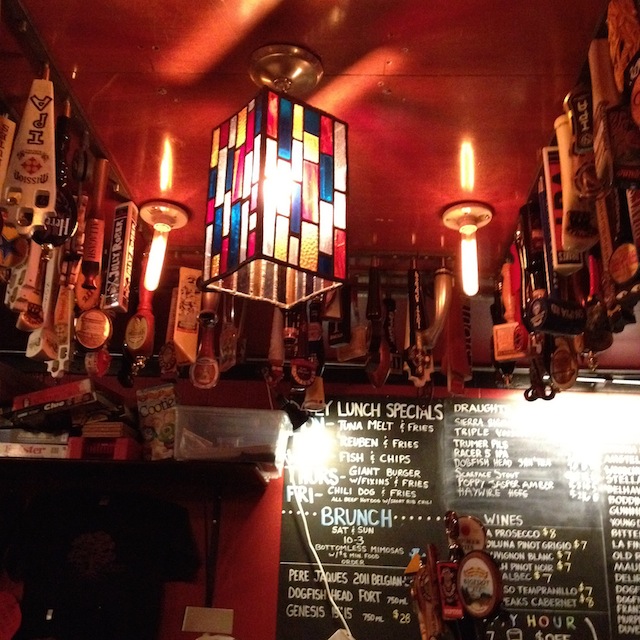 When the food smells at Southpaw become challenging to fight against, head next door to The Sycamore. This unpretentious neighborhood spot has a stellar craft beer list, highlighting local heroes on their frequently rotating draft list. Other bonuses include a back patio and games, because nothing makes the time fly quite like a cut-throat round of Connect Four. They have a food menu, but try your best not to look at it. Not yet.

All that self control about the Sycamore’s food menu is but a memory, now. It’s time for more drastic measures. Cross the street to Dr. Teeth and the Electric Mayhem, the Mission contribution from the Bullit/Tonic guys. You know what that means: Fernet on tap, PBR Tall Boys, and “Tot-chos,” which are, yes, tater tots covered in nacho fixings. Try to stick to one order remember the Thrice Cooked Bacon? Oh okay, get some fried pickles, too. Dr. Teeth is not only Muppet-appreciative, they have a back patio, too. 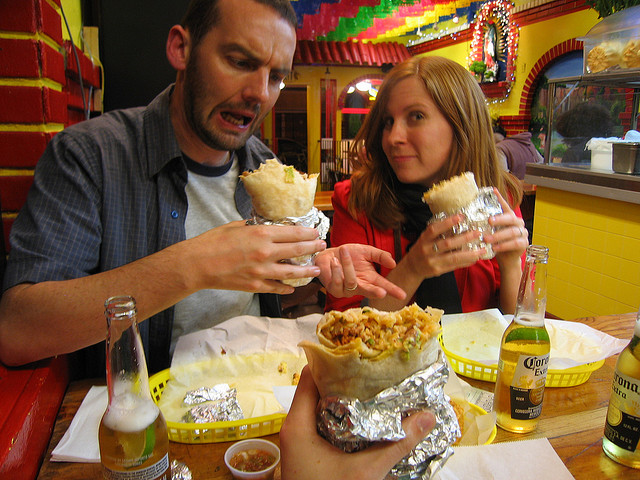 Okay, this is your bad. Mission Chinese is crowded, but there is no way you waited four hours. You got so hammered that by the time you remembered that Mission Chinese existed, they had closed. Well, it’s time to feed the beast, and that beast is you. Don’t ignore the heavenly smells emanating from that cart right there go on, get a bacon-wrapped hot dog with extra onions. Eat half of it while walking to Taqueria Cancun, where you can order a burrito and beer to balance out your meal. It seems that you can’t be trusted with restaurant list-maintenance, so we recommend trying Mission Chinese in a more controlled manner: by ordering delivery.

The army of rats that plagued work sites along the $1.578 billion Central Subway route in SoMa has apparently grown in strength as construction moves into North Beach. Residents in the neighborhood,

You're an educated person. You know that dance is more than just people flailing and throwing themselves around. But how much more? Ponder that tonight at Dance Discourse Project #18: Exploring Choreographic Thinking.