Bursting onto the scene after a few delays today is Local Mission Market, the offshoot grocery store from the team behind Local Mission Eatery and Local's Corner. That would be the team of Yaron Milgrom, chef Jake DesVoignes, and pastry chef Shauna DesVoignes, and this store has been in the works in a former warehouse space on Harrison at 23rd for almost 2 years now, after facing a little bit of pushback from neighbors and some construction slowness.

Think of it like Bi-Rite, only a bit scrappier and with less of a vertical product array. (Think more jarred and fresh items, no wine or paper goods.) There will be fresh produce, meat, and fish, and a big component of Local Mission Market will be house-made products like pasta, pickles, cheese, sausage, jams, preserves, bread, sweets, olive oil, vinegar, and house-cured olives. Milgrom insists that pricing will be under, or at least competitive with, other stores in the neighborhood, and for the time being it sounds like they want to under-price Bi-Rite at least when it comes to the artisanal pickles and such.

Also, there will be pre-made meals, and coming soon there will be online ordering, complete with a pick-up window and five-minute parking.

Milgrom and DesVoignes aren't done with their mini Mission empire either. Last month we heard of another nearby project, a wine and spirits shop called Local's Cellar which they'll be opening in an old liquor store on the corner of 22nd and Florida. Note that Local Mission Market does not have a liquor license, but Local's Cellar will follow a similar model, with only locally made wine, beer, spirits, and house-made bitters and syrups. And, it will also deliver. 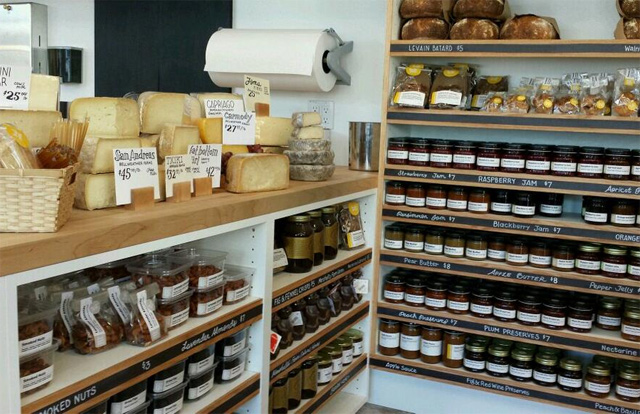 [Inside Scoop]
[The Atlantic]

Make no mistake, that is the name. TBD. It's kind of a joke, you see, and a play on sister restaurant AQ two doors away  AQ being the abbreviation you sometimes see on

Charlie Trotter, the famous chef and former owner of the noted eponymous restaurant, which closed in 2012, was found dead Tuesday morning. Local chefs and food ilk alike mourned his passing. Here are