Contrary to what Jonathan Gold thinks, San Francisco reportedly has some of the finest burritos in all the land. Why, they're the top snack treat for transplants and locals alike, and rightfully so. Here are our top picks for places to grab a noted San Francisco burrito should the mood strike.

The Little Chihuahua
A gringo favorite on Divisadero (with newer outposts in Noe Valley and Valencia Street), Little Chihuahua puts an emphasis on sustainable meats and interesting vegetarian options. Rightly so, the plantain burrito is a standout with a sweet and savory filling that plays nicely with black beans without becoming starch overload. For pescatarians, the garlic shrimp burrito is another winner that won't leave you in a burrito coma.
292 Divisadero (at Page), 4123 24th Street, 581 Valencia (at 17th Street)

La Taqueria
La Taq sets the gold standard for Mission burritos, and it's been bearing the torch for decades. There's a reason the line is out the door: this spot is the worst-kept secret in town. La Taq's carne asada super burrito is like a religion, and the restaurant's policy of using no rice in their burritos produces a streamlined, taste-concentrated slab. The only controversy? Whether La Taq's burritos or tacos are the superior order.
2889 Mission (at 25th Street)

Taqueria Cancún
People sing the praises annually of the burritos at this dive-y taqueria, and especially at the 6th Street branch you're likely to encounter all manner of humanity in there while you wait for your order. But wait you should, because in a few simple steps this place elevates the burrito form, with delicious, well seasoned beans, awesome al pastor, and decent carne asada and grilled chicken too. We're pretty sure that the vegetarian burritos have gotten top marks here over the years precisely because there's lard in those refried beans, and a nice layer of animal fat flavoring that tortilla when it hits the griddle. The tacos, also, are pretty solid. And they do a ridiculous mojado burrito that's slathered in enchilada sauce and cheese, and tossed in the microwave to finish.
2288 Mission (at 19th Street); 1003 Market Street (at 6th Street); 3211 Mission (at Valencia) 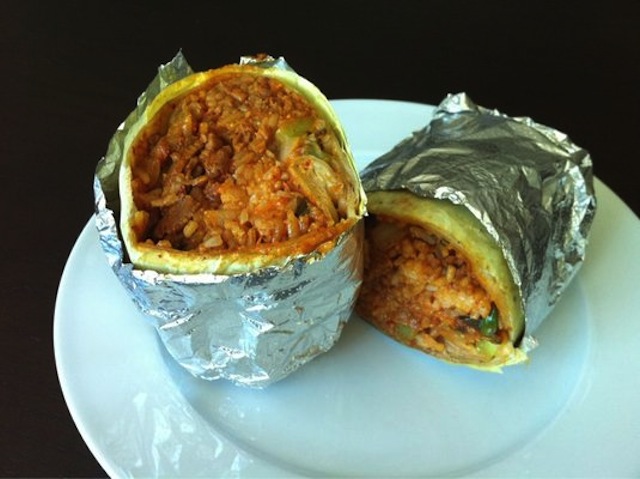 Taqueria Los Coyotes
There aren't a lot of places one can find the San Diego style of over-stuffed, alcohol-soaking goodness known as the California Burrito, but Los Coyotes is one of them. For the uninitiated, it's a carne asada burrito that's been filled with french fries, cheese, salsa fresca, and guacamole. It's a surfer thing, and a drunk people thing, and honestly, it's pretty goddamn great when you're hungover too. Also, something unique to this place is they do weird combos, like shrimp and meat in burritos, and shrimp and pork on tacos, plus there's an excellent salsa bar, and they do another SoCal treat here: carne asada fries.
3036 16th Street (at Julian)

La Tortilla
Honestly, there are three taquerias in the Castro, and they're all kind of interchangeable. La Tortilla gets extra props for above-average mole, which goes great in a burrito with black beans, in our opinion, plus their grilled chicken is always lean, juicy, and flavorful, they do a decent breakfast burrito.
495 Castro Street (at 18th Street) 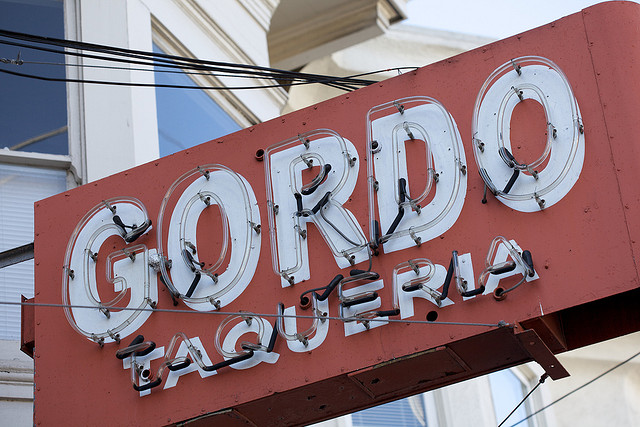 Gordo Taqueria
Often overlooked since most burrito eaters don't venture north of Geary, Gordo Taqueria locations on Clement Street and Ninth Street win points for their carne asada and pre-gentrification prices. With a properly balanced super burrito that rings up for six bucks, don't look now, but one of the best Mission-style burritos is hiding out in the avenues.
2252 Clement Street (between 23rd and 24th Avenue); 1239 9th Avenue (at Lincoln)

El Castillito
Al pastor fans can find an excellent example at this Duboce Triangle spot, and they've got some above-average rice and a great veggie burrito here as well. Many will say this is the best burrito in the Castro environs, and part of the reason for that is the griddling of a finished burrito to seal it shut and give a little added crisp to the exterior, which is always a nice touch. (Added bonus: good agua frescas, and killer quesadillas.)
136 Church Street (at Duboce) 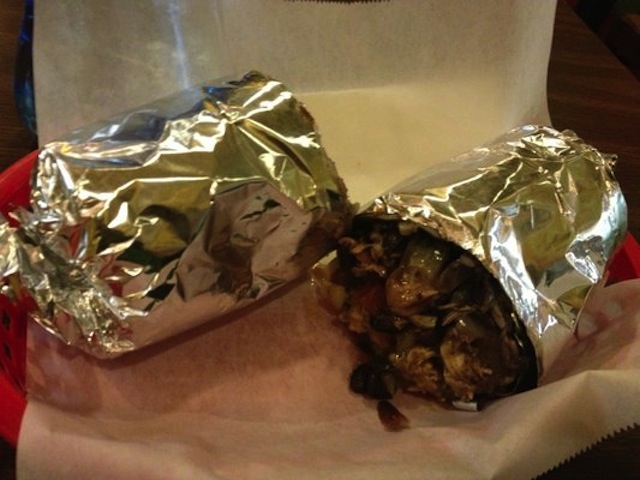 Cu Co's
This plantain burrito mecca screams auténtico from the unassuming storefront to the whole-family operation inside. You're just as likely to see the family's teenage daughter or young son manning the register, but they know what's up, and your bulk order of plantain burrito won't bat an eye. Sure, there's the full complement of taqueria options, but the plantain deserves its fame: crispy fried inside a generous wrap of beans, cheese and other toppings, the PB satisfies, and the friendly service and low price point don't hurt, either.
488 Haight (at Webster)

Papalote
It's won pretty much every burrito award imaginable. So, you know.
3409 24th Street; 1777 Fulton

Are you getting that 2:30 feeling? Well, you may or may not be aware that 5-Hour Energy has been linked to at least 13 deaths, and may also cause convulsions and spontaneous

Cal Performances' director Matias Tarnopolsky warned the child-packed audience for Angel Heart on Sunday afternoon, to the tune of: we love all you guys to be here, we are grateful that you came;