If you don't know how many budding, under-appreciated writers there are out there in the world, simply turn to Craigslist on any given day, and you might stumble on a few gems like this one. In the Castro district of San Francisco, one young man just broke up with his "entitled, Ivy-League educated asshole" of a boyfriend, and he would like to cleanse all memories of him by selling off a nice mattress for cheap.

It is a truism that heartbreak often produces our best work.

It's a plush queen-sized Simmons Beautyrest. It's three years old, and feels like you're sleeping on a fucking cloud - even when you're unknowingly sleeping next to a lying cheater. In a bad relationship and have to lie next to the constant reminder that you didn't go to grad school so that you could move and get engaged? Then this is the bed for you, it will get you to fucking REM and for 6-8 hours every night you'll forget that you're sleeping next to a sociopath. There are no stains, and this thing hasn't seen action in a while.

Also, he's not going to help you get it out of his apartment. "You figure it out... Not a deal-breaker, but it would help immensely if you looked like my ex as I would love to see an entitled, Ivy-League educated asshole struggle with this thing. But totally not necessary."

See the full ad here, and screencapped for posterity below. (Click to enlarge) 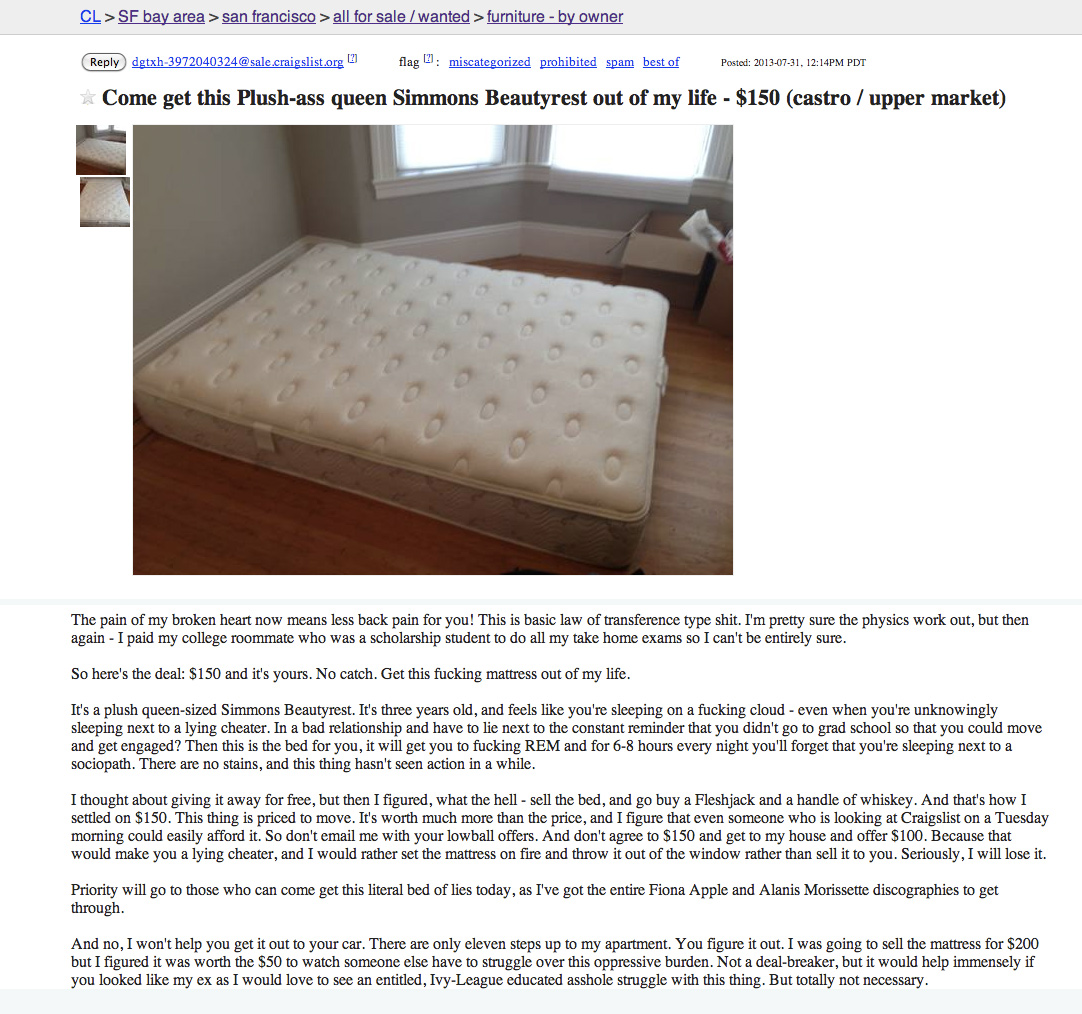 Teen boy band One Direction played Oakland's Oracle Arena last night, and by all accounts they were OMG so awesome and Harry's hair looked amazing and every tween and teenage girl in the

BART's unions have indicated that they could announce a 72-hour strike warning today if talks with BART negotiators don't markedly improve this afternoon. The unions also have a rally and march planned in