In the Los Angeles Times this week, the SoCal paper of record has an interesting profile of erstwhile San Francisco mayor Gavin Newsom. In it, the reluctant Lieutenant Governor vents his many frustrations with a mostly powerless office. Here now, our seven favorite quotes illustrated with actual photos from Gavin's political career.

"What's a lieutenant governor?" a boy asked while posing for a picture with the Lt. Governor. Newsom simply kept his gaze on the camera and said, "I ask myself that every day."

"[Newsom] admitted numerous times to disenchantment with his job and the temptations he faces as acting governor when Brown leaves the state." 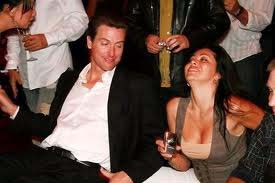 Taking a line from Thomas Edison, Newsom told the L.A. Times: "I feel like I've succeeded in finding a million ways not to do something." 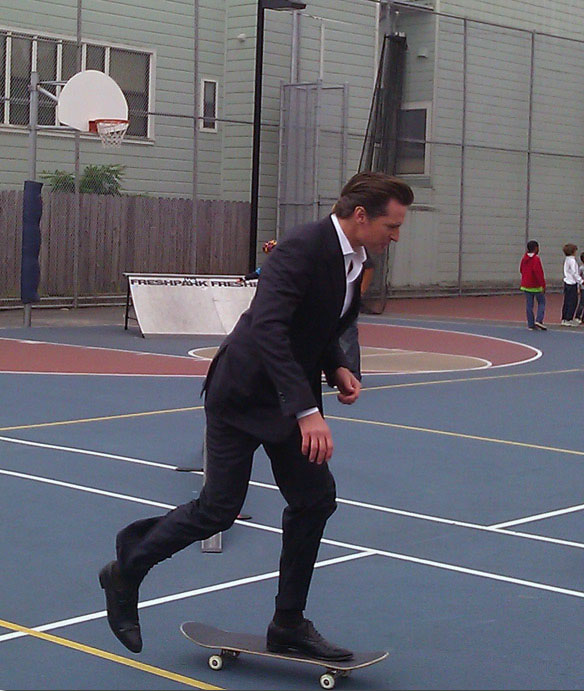 "For the remainder of 2013, [Newsom] anointed the avocado as the state fruit, the almond as the state nut and rice as the state grain. The state vegetable: the artichoke." 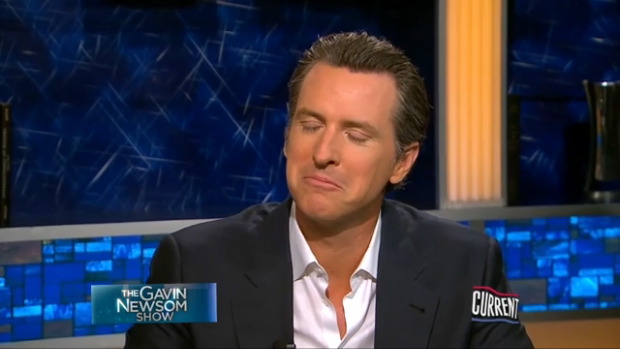 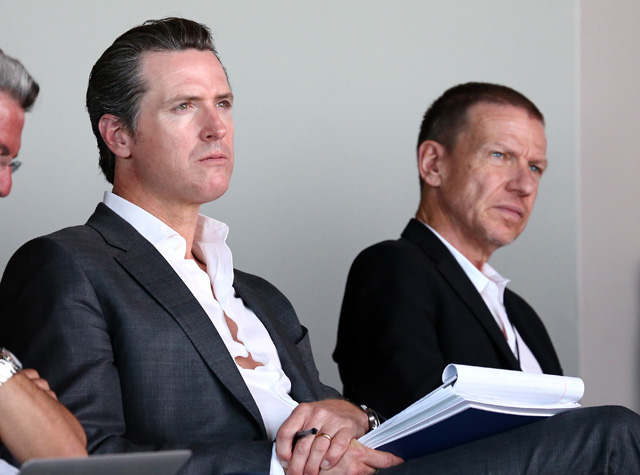 "[Newsom] asked Brown to create a council on homelessness and appoint him to the board that governs the state's nascent health insurance exchange, two areas where Newsom had distinguished himself in San Francisco. The requests went nowhere." 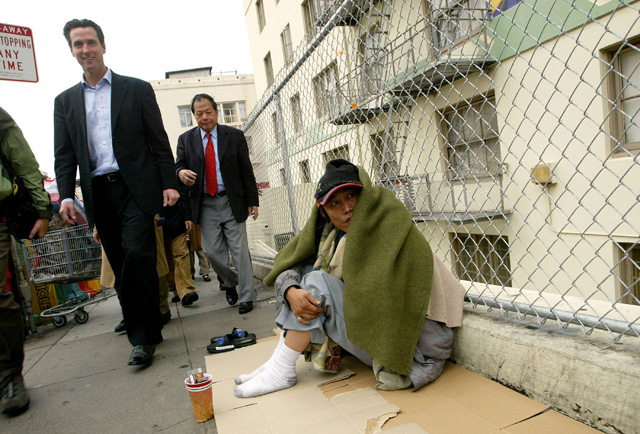 Speaking to Jimmy Kimmel on late-night TV, Gavin explained his job: "You wake up every morning, you read the paper looking in the obituaries for the governor's name. That's pretty much it." 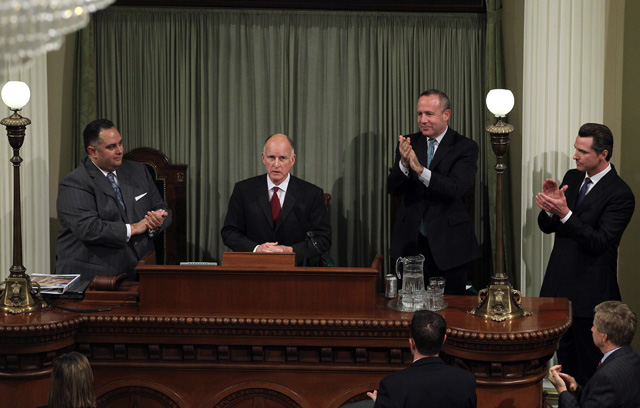 Gavin Newsom looks on as Gov. Jerry Brown delivers the State of the State Address in 2011. (Photo: Justin Sullivan/Getty Images)

Although he was out on vacation last week, it was only a matter of time before Stephen Colbert chimed in on the recent coverage of the Asiana Airlines flight 214 crash. "Everyone affected

—
7 Illustrated Quotes From The L.A. Times Profile Of Gavin Newsom
Share this