In San Jose, 50-year-old Ramineh Behbehanian has been accused of trying to pass off two orange juice and rubbing alcohol cocktails as perfectly normal bottles of OJ and stashing them in a Starbucks display case. A customer spotted Behbehanian, who is apparently the world's worst Starbucks customer, taking two bottles of juice from her bag and placing them among the regular, non-tainted juices in the cooler. 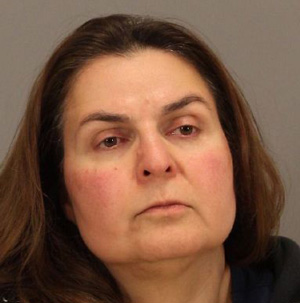 Following the "if you see something, say something" doctrine, the stand-up citizen reported what he saw to the staff. One barista followed the suspect into the parking lot and took down the woman's license plate as she tried to flee the scene. After a quick sniff test of the juice bottles, employees reported they had a "toxic" smell and called 911. Firefighters responding to what must have been Santa Clara County's most exciting Starbucks Monday afternoon said the bottles contained a "lethal quantity" of isopropyl alcohol in the juice.

Behbehanian was found later Monday night at her home about five miles away. She was booked on suspicion of attempted murder and felony poisoning. Police have not yet established a motive, but if nothing else we should let this serve as a handy reminder to always check those safety seals, folks.

New York Times food critic Pete Wells, who describes his time at Saison as [o]ne of the most compelling" and "one of the most maddening" meals he's ever had, penned an interesting

San Francisco is experiencing weirdly nice weather this week, and we gotta admit: it's freaking us out. If we're not being buffeted by wind or blanketed by fog, who are we? But if