The city is rife with bars. Lots of bars. Many of them inaccurately deemed "dive bars" because they feature patrons wearing jeans or simply because of their close proximity to the Mission District. In lieu of handing you a list of re-appropriated gutter punk bars frequented by drug-addled millenials, here's a list of San Francisco's best dive bars — real dive bars.

THE HI-TIDE LOUNGE: The Hi-Tide is not a dive bar one goes to if friends are seeking out a "dive bar." The Hi-Tide Lounge is where you go to drink with clientele that will be completely foreign to you. Indecipherable, mealy-mouthed boozebags drink alongside working girls and misdirected tourists wander in from their discount mid-Nob hotels looking astonished. The unaffected bartender seems like she couldn't care less whether there are any customers or not, but is genuinely happy to serve anyone who walks in the door. There is absolutely nothing special about this bar except for how perfectly run-down it is. A refreshing and dingy change of pace for times when you really don't care to see a familiar face. 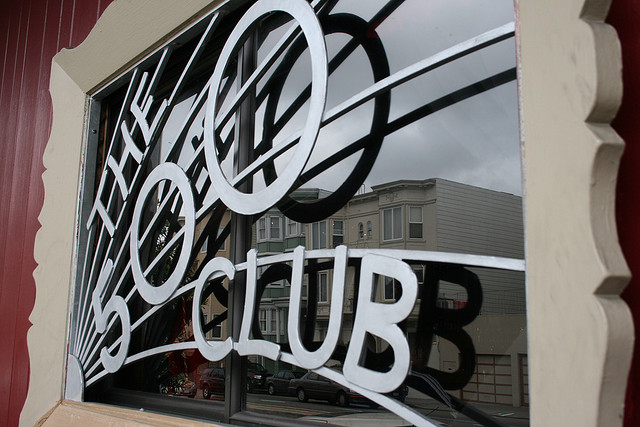 500 CLUB: A Mission neighborhood classic, the 500 Club remains one of our favorite bars in the city, partly because there is nothing special about it. The vinyl on the booths is ripped, the bartenders aren't that friendly unless you're a regular, and there are usually too many TVs on, drawing your attention away from whomever you're with. But it's a good time, the drinks are cheap, and there's a cozy area in back with a fireplace that doesn't work. As for the sign outside that proclaims that it opens at 6 a.m., that has not been the case in many years. They do open at 10 a.m. on Sundays, and they claim that they'll be opening daily at 9 a.m. "due to popular demand," but we'll have to see it to believe it. 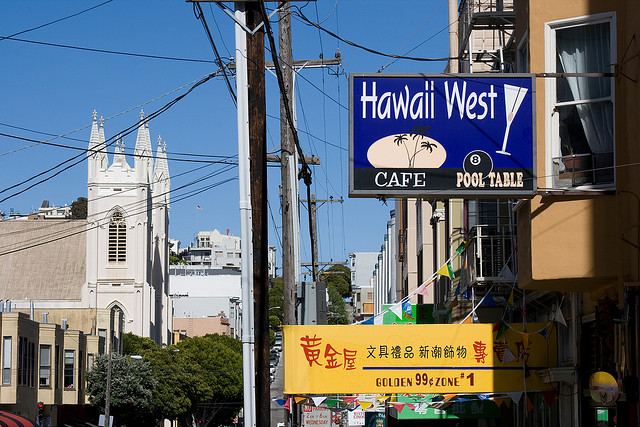 HAWAII WEST: In the town that invented the fern bar, our tropically-themed watering holes range from the delightfully tacky Tonga Room to the celebrated, upscale Smuggler's Cove. But Hawaii West makes even lesser tiki bars like the Bamboo Hut look like they're trying too hard. It's as if someone took the unused side bar from a rundown Jimmy Buffet-themed club in Cancun and transplanted it to North Beach. There are no volcano-shaped bowls or floating cover bands here, just half a dozen stools and a bouquet of flowers at the bar beneath a thatched bamboo awning. Your fellow patrons include: neighborhood pool sharks, Italian restaurant employees and Beach Blanket Babylon cast members in their off hours — an unbeatable slice of San Francisco. 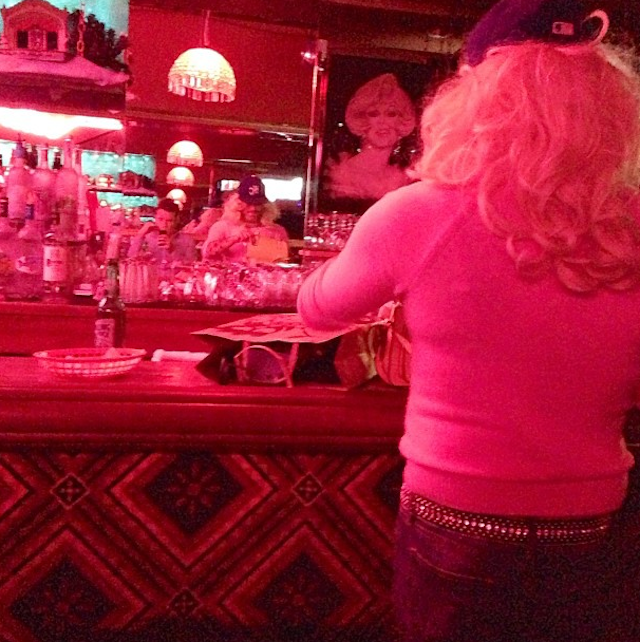 AUNT CHARLIE'S LOUNGE: Our idea of heaven on skid row is a gay bar packed with gloriously older men ripped to the tits at 4 p.m., bickering with one another about everything from the old days to Dinah Washington to who's buying the next round of Miller Lite. Aunt Charlie's Lounge is that place. Sure, it's seen a renaissance among the younger queer set—dirty disco-themed club nights youthify the place on Thursday and Tuesday nights—but its inherent charm lies in its past and the men who take center stage at the bar. Also, they pour drinks cheap and strong. Brace yourselves. 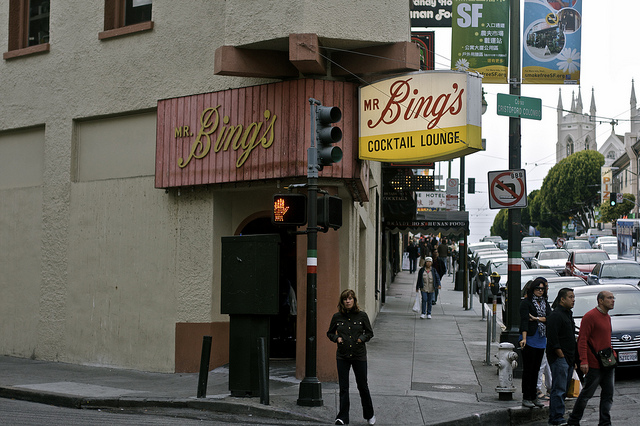 MR. BING'S: Mr. Bing's made headlines in 2012 after alpha-male Anthony Bourdain filmed an episode of The Layover there, but the Chinatown/North Beach bar (a sliver of a watering hole, really) remains one of the area's best spots for sports and cheap drinks. No gimmicks. No "no-Long Island iced tea" signage shtick. No bullshit. Mr. Brings is pretty much one large bar, a dingy bathroom, and some of the finest company this city has to offer. And don't mess with the artwork, either. A "street artist" once stole the famous ass-scratching Wayward Woman painting, only to be tracked down by Mr. Bing's daughter-in-law and a private investigator. 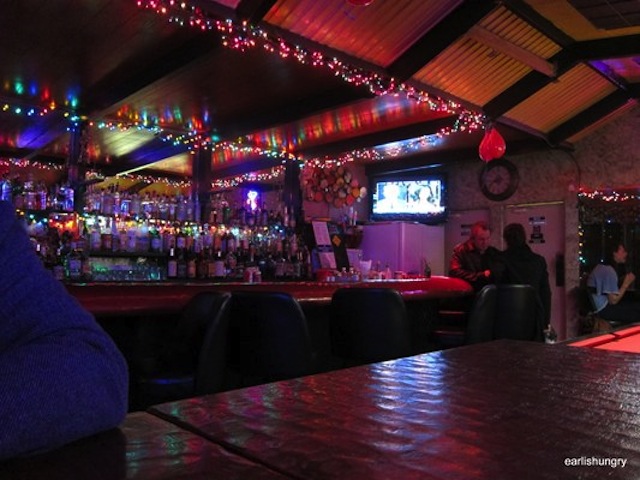 YONG SAN LOUNGE: Christmas lights up year round? Check. Jukebox stacked with everything from Sinatra to Blink 182? Check. Sketchy vibe that totally becomes friendly after a shot and a Coors Light? Absolutely. The Yong San Lounge is an S.F. classic, and has remained pretty much unchanged since we were introduced to it over a decade ago. The place is still run by a crew of aggressively flirty, variously aged Asian barmaids (it's Korean-owned but the staff rotates) who occasionally step around and massage the customers, and who very well may purposely over-charge you if you open a tab. They still keep a big bottle of ketchup behind the bar and will serve random food to the assembled regulars and newcomers, whether it's microwaved hot dogs, or peanuts, or whathaveyou. They used to allow smoking indoors and we're pretty certain they still do, after a certain hour. And you will be guaranteed a good and chaotic time if you stick around past midnight. Just don't leave your credit card open. 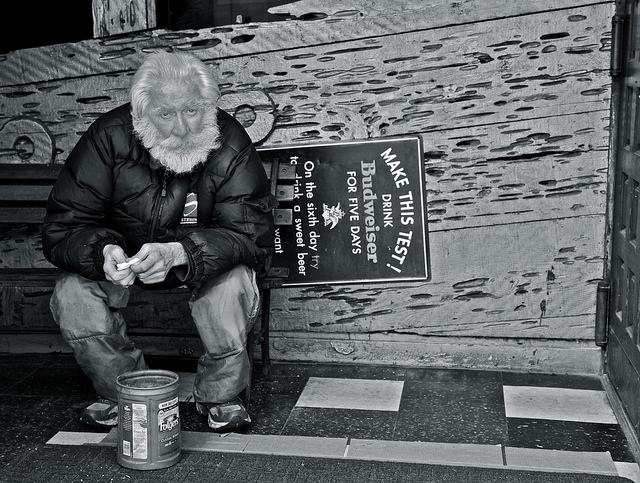 GANGWAY: You want to see a toothless methhead dancing to early Madonna? Peruse a selection of rent boys for the night? Get a few free shots of Fernet from a cute dimpled bartender? Check out the Gangway. Not for the faint of heart or liver. Perfect for working-class gay twentysomethings. 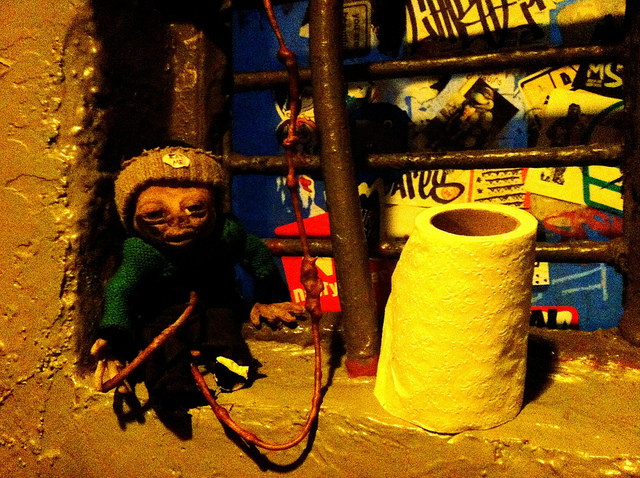 THE LATIN AMERICAN CLUB: Is it still a dive if every post-collegiate hip kid and former frat boy who lives in the Mission and now does graphic design spends part of their Friday night there? We'd say so, especially because of the dusty piñatas suspended from the ceiling, the surliness of the bar staff, and bathroom situation in back. Also: linoleum. But this place is crowded at various times of day, all week long, and we wouldn't necessarily recommend it for a quiet, cry-into-your whiskey-type moment. It is, however, great for a last-stop-of-the-night-with-six-friends type of moment, just so long as you don't mind standing and being elbowed and jostled a bit.

On Tuesday night, a little before 9 a.m., a 19-uyear-old man was shot in the arm. The incident happened in the city's Bayview District in the 100 block of Doublerock Street. "The

—
The Best Dive Bars In San Francisco
Share this