We're getting word that a "suspicious package" has forced the evacuation of the Farmer's Market outside the Ferry Building. A large section of the Embarcadero is now blocked off, too, so please stay out of the area.

According to one tipster, local photog Travis Jensen, "There's a black suitcase w/ wires hanging out zip tied to a tree." And it's located at Steuart Street between Mission and Market streets.

Yikes. Will update as soon as we know more.

Update: SF Appeal reports that traffic is also being disrupted. "San Francisco Municipal Railway service in the area has been disrupted because of the police activity, Muni spokesman Paul Rose said. The inbound F-Market/Wharves streetcar line is switching back at Market and 11th streets, while the 6-Parnassus, 14-Mission, 21-Hayes, and 31-Balboa bus lines are being rerouted, Rose said."

Update III: Is this the infamous suitcase stuck in a tree that's causing Tuesday afternoon's melee in downtown San Francisco. Caity Cronkhite snapped this shot of the suitcase hours ago, tweeted it, and wrote the following, "This is a suitcase zip-tied to a tree. It's difficult to come by extra storage space in San Francisco, but come on." Four hours later, we now have evacuations and major street closures. 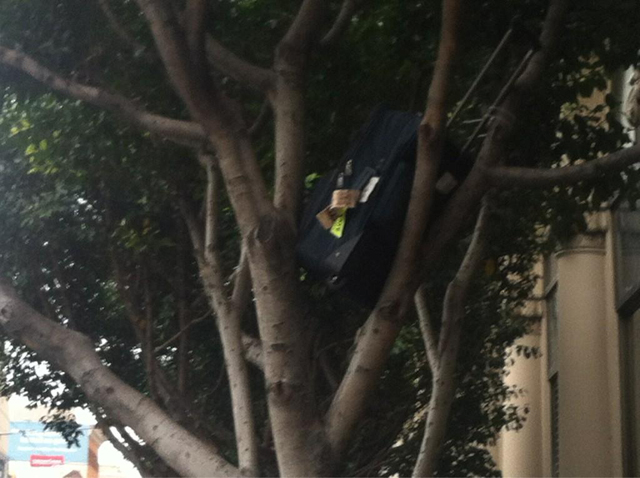 Don't mind me, I'm just the girl who reported the #suitcaseinatree that shut down half of San Francisco. 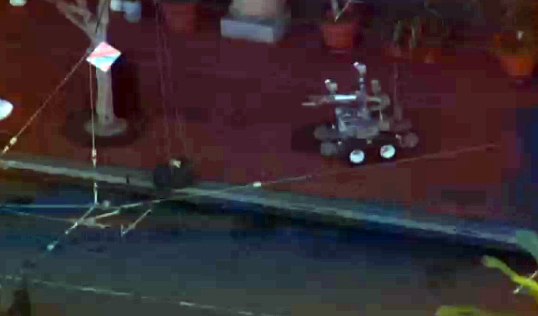 Update V: A shelter-in-place has been ordered for the area, of course.

There always seem to be knives involved whenever tequila is around, which is only one of the reasons why the stuff is so terrifying. (The other is the sunken look of despair in

George Lucas has just sold out to Disney, ladies and gentlemen, for the tidy sum of $4.05 billion in stock and cash. The deal, announced just minutes ago, represents Lucas' desire to

—
Embarcadero Area Evacuated Due To Bomb Scare [Updates]
Share this