Dr. Fred Warren, an SF orthodontist whose West Portal office burned in that big, four-alarm blaze Friday morning which also claimed a Squat & Gobble and a ground-floor wine shop, is mostly just sad for the damage to his Giants memorabilia. In his office he kept a prized Tim Lincecum jersey, which he generally wore on casual Fridays during baseball season, as well as some other items, all of which suffered water, smoke, and fire damage.

The jersey was a gift from Warren's staff during the 2010 World Series, recently he'd been wearing it every day during the playoffs.

Warren's son Michael reached out to SFist in the hope that, perhaps, Lincecum and the Giants might take pity on him and replace that item. Warren's been a lifelong Giants fan, and his office has been there since 1966 when his father opened the practice there. Even though the city has now marked the fire-damaged building for demolition, he says the only thing he's really going to miss is his Giants memorabilia, which included several Barry Bonds homerun record pins, and two vintage Croix de Candlestick pins, which you used to get when the Giants went into extra innings at Candlestick.

As for his orthodontics practice, Warren is now out seeking a temporary location where he can relocate it.

Below, another photo of the jersey, and one of Warren wearing it. 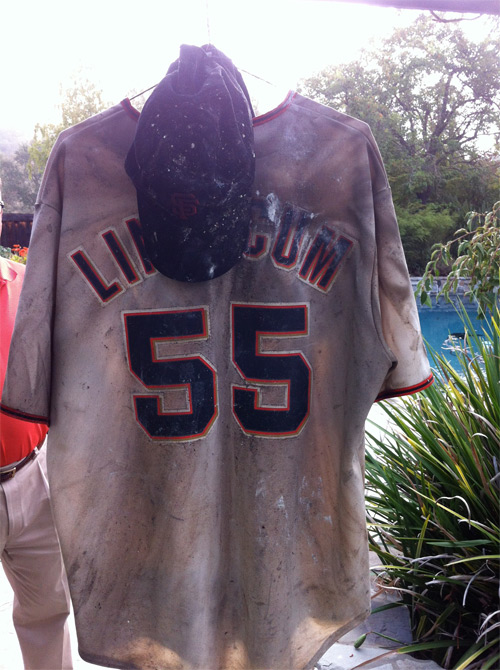 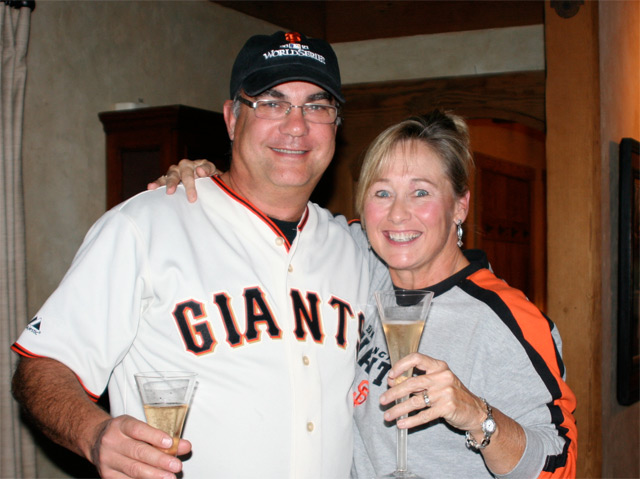 Today's the 77th birthday of Bay Area soul singer Sugar Pie DeSanto. She was born Umpeylia Marsema Balinton in Brooklyn but grew up in San Francisco, and was a girlhood friend of Etta

An APB is going out about a gang of seven young women who stormed a boutique on Maiden Lane last Friday and brazenly began shoving big-ticket items into empty shopping bags. This all