As we mentioned earlier, RuPaul's Drag Race is the show you should be watching. If you don't get Logo from your cable provider, then head over to Midnight Sun. Or any homosexual bar with a TV. You have no excuse now. Because the quality of the show is as excellent as any Breaking Games of Mad Men on a Throne and as viscerally appealing as an episode of Bad Girls Club Goes to Intervention. It is, in a word, art. Drag Race is that exquisite—and, unusually, it keep getting better. (Now in its fourth season, we predict Sharon Needles to slam the competition, past or present.) The only thing missing are appearances by San Francisco's notorious drag sect. So far not one queen from the Bay Area has competed on the show.

To find out why, SFist asked a bevy of local drag notables to explain themselves. We asked each the following this pressing question: Why aren't any local drag queens featured in this (or any) season of RuPaul's Drag Race? Several responded thoughtfully. Beware of falling shade:

Rising star Alexis Blair Penney, who can be seen Tuesday's at High Fantasy at Aunt Charlie's Lounge, has this to say:

Yeah, I really don't know why they haven't tapped the San Francisco community. It seems like a massive oversight considering the size and diversity and history of the drag scene here. I've heard rumours that Ru has a grudge against San Francisco but I'm sure it has less to do with that and more to do with the business side of things. It's a simple fact that most tv production goes down in LA or NYC but it does seem strange considering the amount of small town queens they've featured. San Francisco has a very insular vibe to it though, especially the drag community, and I've even heard some queens here who would easily smoke the current or past competition on drag race say that the idea doesn't interest them.

At any rate I'm pretty unimpressed with the queens this season, though it's only been one episode. The reference points seem scattered and shallow and devoid of any sense of history, and the contestants this season definitely seem more on the amateur tip than seasons past. The only ones that stand out to me are Chad Michaels and Sharon Needles, who has her character down and is very funny within that character though I would question her taste level. The rest really just aren't memorable. It seems like they'll have no point but to tap SF soon. This place is literally teeming with incredibly talented drag performers, so it will only be a matter of time, but whatever, it's just reality tv.

We can't imagine RuPaul detesting San Francisco. (Hating Baghdad by the Bay is literally impossible.) And, as Julie Klauser recently noted in a recent podcast, RuPaul might very well be the second coming of Christ. However, Penny does give us something to chew on, NY vs. SF-wise. 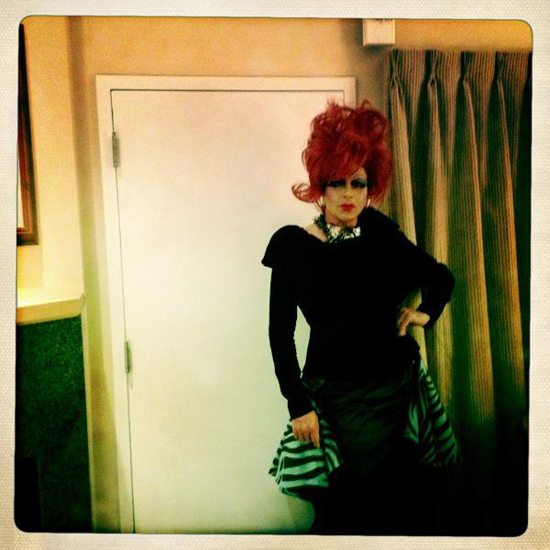 Next up, the legendary Juanita More tells us how show producers had asked her to audition for Drag Race, but she politely declined. To wit:

I actually got a call to try out for RuPaul's Drag , which I politely turned down. I know RuPaul from my New York days and have nothing but love for the Race and its contestants - it has become must-watch TV on Monday nights. The reason I declined even having an interview is really simple - fame has never been my goal, mush less so, reality TV fame. Don't get me wrong, these girls have brass ones and I respect that - but I wouldn't want to walk a mile in their stilettos. Can't wait for tonight's episode! 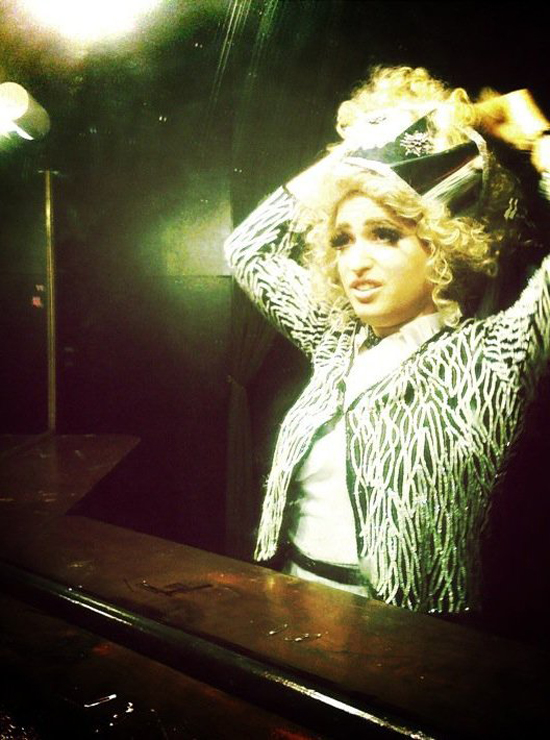 The very comedic Lil Miss Hot Mess had this to say, adding more fuel to the East Coast/West Coast rivalry, one that will no doubt end in bloodshed. She tells us:

You know, I'm not sure. Maybe it's because NYC and LA are both jealous of SF and just can't handle our style!

Seriously, I like to think that it's because the queens in SF are a bit artier and edgier than the queens that are usually on the show, but the reality is that San Francisco queens really do run the gamut from the pretty pageant queens you see on RPDR to the androgynous, punk, or avant-garde queens you see at Trannyshack or Some Thing or any number of shows around the city. One piece of it might be that, regardless of what "scene" you're in, I think SF drag tends to focus much more heavily on the quality of performance, rather than on the look or the ability to walk the runway. But that said, I know a few girls who have tried out and haven't made it who I think do have the perfect combo of skills and talent to blow it out of the water.

Also, I'm not all that concerned about it. It's a fun show to watch, but at the end of the day I'd much rather hang out with my fellow queens backstage at The Stud than be put in that fishbowl of corporate sponsorships and scripted cat-fights.

Or maybe it's just because I haven't auditioned yet. 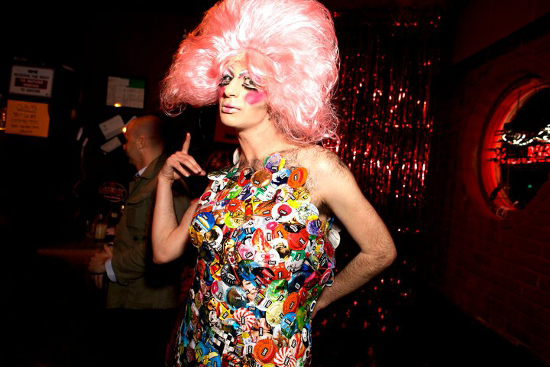 I've frequently wondered this myself. My honest to God theory is that SF's drag queens are too fabulous and talented for the show...the queens on it this year are all lamer than their SF counterparts. I've definitely considered trying out for the show. 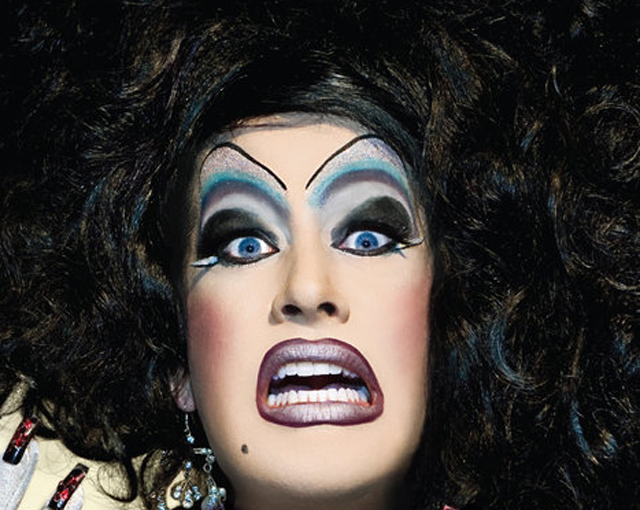 And finally, Peaches Christ wonders why, in a city so richly textured with a drag past, the San Francisco drag ladies are nowhere to be found on our cherished reality TV:

I think the show is WILDLY entertaining and I've loved so many of the queens that have come out of it, but I think part of the reason that the SF queens haven't been booked yet is because we suck. Just kidding! I don't know, really. It's strange because for me at least, San Francisco has such a proud history of producing incredibly inspiring, diverse, and ground-breaking drag culture- not just individual queens but entire drag movements (did that sound gross?). The Cockettes were born here, the Sisters Of Perpetual Indulgence were born here, the Imperial Court System started here, Trannyshack is from San Francisco of course, and my Midnight Mass show and movie events couldn't have grown to become what they have in any other city in the world. So truly, I don't get it. Mabye it's because we don't translate as well to a more mainstream audience? Maybe it's because we're just too damn "sickening."

Thanks to all of the talented drag queens for being so candid. We'll update with more as soon as the other queens we asked get out of bed and check their inboxes. Oh, and be sure watch RuPaul's Drag Race Monday nights on Logo or whatever bar with a TV nearest you serves the cheapest Long Islands.

Gay marriage supporters and anyone with an ounce of common sense and normal human decency are expecting another major turning point in the fight to overturn Proposition 8 tomorrow morning. The decision on

Banana Sam, the squirrel monkey stolen from the San Francisco Zoo just before the new year, is finally ready to greet his legion of adoring this weekend. Sam, you'll remember, went missing and

—
Where Are The SF Queens On 'RuPaul's Drag Race'?
Share this