6:26 p.m.: Polls will close at 8 p.m., which is when we'll crown Ed Lee the next mayor of San Francisco we'll find out the results. Until then, your SFist editor will make himself a vat of french onion soup (why not?) and mainline contraband Pseudoephedrine (we're a tad under the weather) before heading out to a couple of election night parties (hint: one will involve a former mayor and MC Hammer). We'll update sporadically throughout the night with the results.

You can follow us on Twitter to keep abreast of the returns. Also, you can follow friend of SFist, SF Examiner political columnist Melissa Griffin on Twitter for continuous updates live from SF City Hall. 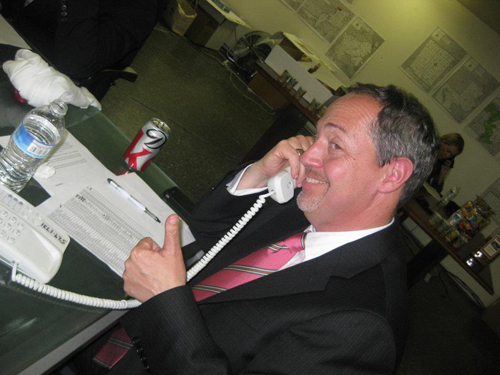 8:17: No stations reporting yet. David Chiu's campaign tells Griffin, "We feel most proud about having run a positive, issues-focused campaign. David is tired but exhilarated."

8:20: Photo of Lee and Dennis Herrera supporters at 16th Street BART station an hour before the polls closed. 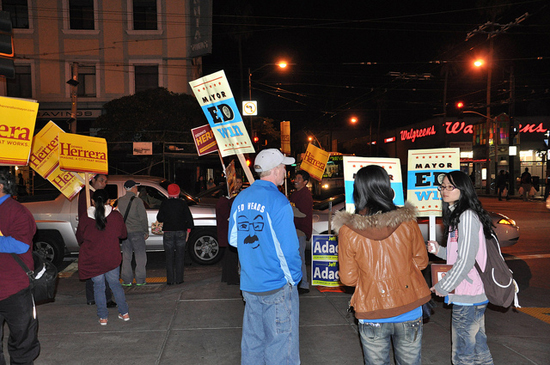 8:22: In national news, Democrats retain control of the Iowa state Senate tonight "with the win of Liz Mathis over NOM & Family Research Council candidate Cindy Golding." Which is to say, a big win for civil rights and gay marriage. Whew.

10:00: With 58% reporting, Ed Lee is nailing the competition. So far. (Avalos and Herrera are trailing behind.) Via CBS 5, here's the breakdown:

In other news, your SFist editor went to Ed Lee's and Willie Brown's election night parties at Tres and The Palace Hotel, respectively. The latter was littered with powerful, wealthy people dancing to the silky smooth DJ stylings of MC Hammer. Behold: 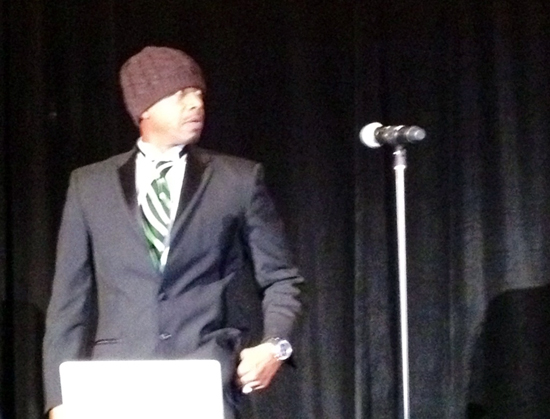 10:25: Photo: Rose Pak, undercover ruler of SF, sits guard at Willie Brown's election night party at The Palace Hotel. Scores and scores of people stop by to bow down and kiss her proverbial ring. An amazing sight to behold, folks. 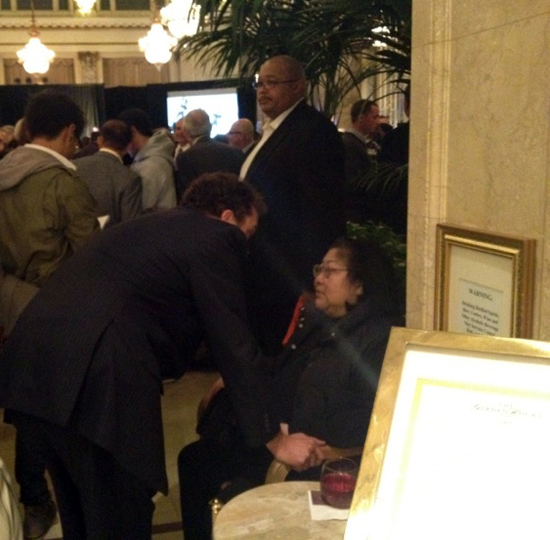 10:43: John Avalos at his election night party in the Mission. "The night is going just as we expected. It's going great," he says. 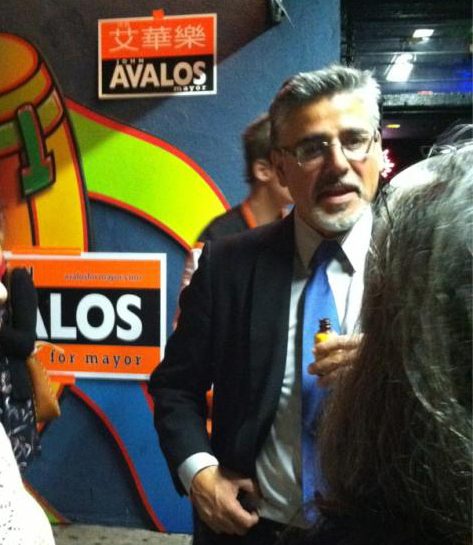 11:05: That's enough. Time for bed. Until tomorrow, we leave you with this massive wad of guacamole and hot tub of salsa found at Ed Lee's election night party at Tres in SoMa. Enjoy. 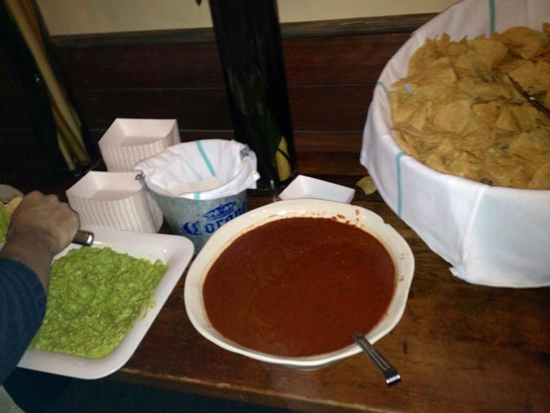 With the people's candidate John Avalos trailing behind, interim Mayor Ed Lee came in first after last night's votes were counted--due in part to absentee ballots filed before election night--but failed to hit

A leak in a ConocoPhilips crude oil pipeline made Concord smell even worse than normal. [Chron] There was another #OpBART protest last night. A few people showed up. [SFEx] Delightful, fantastical new five-panel