That was the name given to the tiny bayside settlement back in 1835, a name taken from the wild mint growing on the sand dunes that surrounded it. And if it hadn't been for the lucky first name of an elegant Spanish noblewoman, that's what the city of San Francisco would still be called today.

Our magnificent bay had already worn the name of San Francisco since 1769 -- but though some in Yerba Buena apparently used it as a nickname, it never occurred to its motley population to make "San Francisco" official.

In July of 1846 Yerba Buena was just 11 years old, a sleepy hamlet in Mexican territory with just about 200 residents. The place woke up some when Captain John B. Montgomery sailed into the harbour, marched into the center of town and raised the Stars and Stripes.

The Mexican alcalde and other officials split town before Montgomery's marines arrived, so -- at least as far as Yerba Buena was concerned -- the annexation of California in the Mexican-American war took place without a fight. 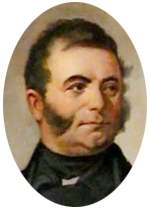 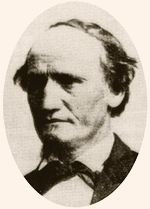 
A couple of weeks earlier up in Sonoma, the rancho of Comandante General Mariano Guadalupe Vallejo had been invaded by a ragtag collection of American frontiersman. They were attempting to strike a blow for California's independence from Mexico. Don Vallejo, one of the most powerful and wealthy men in the Mexican territory of Alta California, was arrested -- kidnapped, perhaps -- and transported to Sutter's Fort on the Sacramento River.

You'll undoubtedly recognize this as a scene from the infamous "Bear Flag Revolt" -- a terrific story, but we're in grave danger of digressing here. In fact, we mention it only because the route taken by Vallejo's captors led them across some of the General's considerable Mexican land-grant holdings, specifically those around the convergence of the Sacramento River and San Francisco Bay.

Oh this Prop 8 stuff just gets hairier and hairier. We were thumbing through some articles about the people who backed Prop 8; that includes groups like the Becket Fund for Religious Liberty,