Wow, Gavin Newsom must really like big hats. (Yes, commenter Matt, we know you like big hats too.) Leah Garchik reported in yesterday's The In Crowd that when CSI: Plumpjack made their triumphant reappearance in San Francisco, Gavin took actress/Scientology activist Sofia Milos out for an evening of fun in North Beach -- first, a performance of Beach Blanket Babylon and then an apres-show at the Tosca bar. 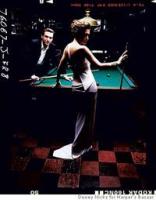 Hm..... now who was the last local politico we heard about taking a controversial dark-haired television personality on a date to Beach Blanket Babylon and the Tosca? .....oh right! That would be Gavin Newsom!

Dude, it is to take the new girlfriend to the exact same places you took the ex-wife. Don't those memories of getting your picture taken with her there by Harper's Bazaar mean anything to you? This is totally like when Bill Clinton gave Monica Lewinsky the same book of poetry he gave Hillary.

Lots of death and transit events to report today: Did you hear the helicopters whirring overhead in the Mission last night? The SFPD came in full force after reports of a serious shooting

Last Friday was an historic night in California combat sports history, as the first ever sanctioned Mixed Martial Arts competition was held in San Jose's packed-to-the roof HP Pavilion. Anticipated since the establishment