If you're looking for an apartment deal in San Francisco, especially out in the Avenues, you are likely to stumble across more than one half-baked in-law unit or half-finished basement that might be OK temporarily for a teenager who needs his space but really is not fit for adult living.

Case in point: this "two-room loft" (since flagged for removal) at 32nd and Taraval that appears to have been constructed in god knows what sort of out-building, and whose owner has barely bothered to finish any part of it, let alone take a decent picture of it.

Above we see the main sleeping area, which may or may not come "furnished" with that bedframe, and it looks like there's some hanging bicycle storage, so that's nice. The rod on your left where one hanger is visible would be your spacious closet.

Below, a lovely blurry shot of the bare wooden stairs, which do in fact feature a railing as an amenity. 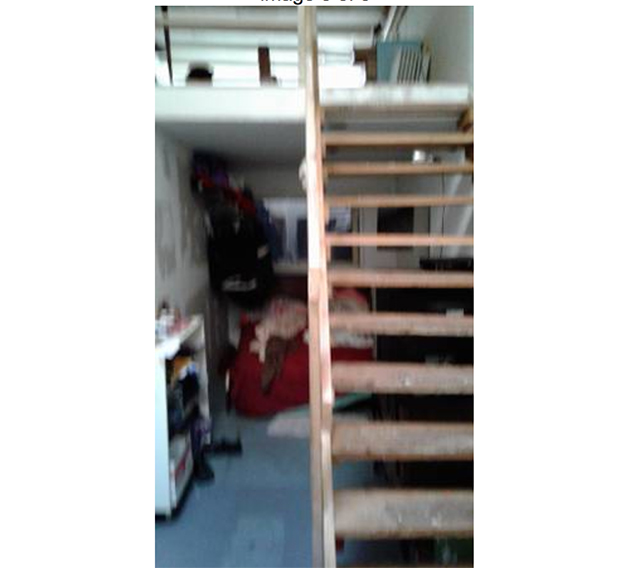 Here's another angle on the loft, which features some (operable?) windows, lovely plywood flooring, and someone else's abandoned bookshelves, with books. 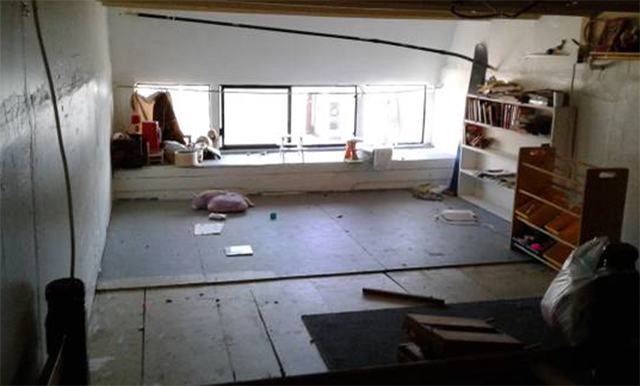 We are told in the ad that the loft comes with "small bath room shower only" but that is described as an 8' x 8' room. There is of course no photo of this bathroom, but one can guess it is behind that darkened doorway at the bottom of the stairs in this photo. 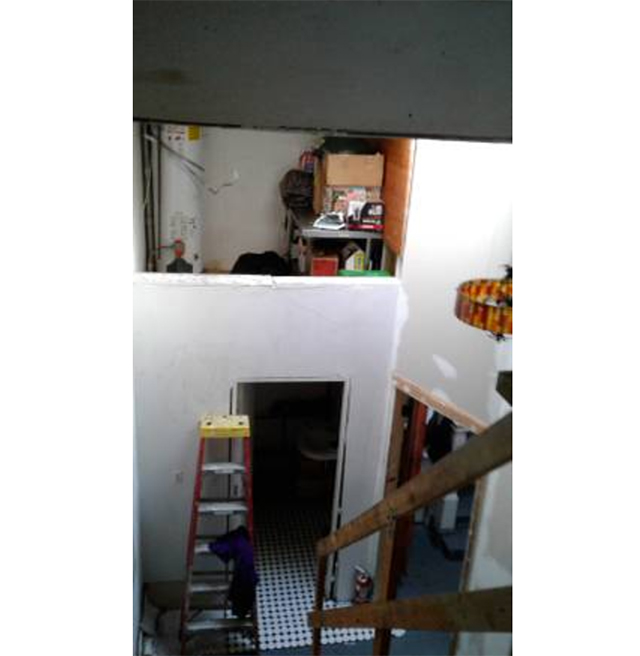 What's the deal with that elevated water heater and those metal shelves apparently packed with someone's crap? Unclear. Let's call that the "bonus room."

Is this unit legal? Hell no! There is no kitchen facility promised, or pictured, and so maybe it could qualify as an SRO unit if, like, those stairs were to code, and there was proper plumbing and smoke alarms, none of which are apparent in the photos.

Also, the dry wall job was only half finished, that loft floor looks like there could be nails sticking out of it, and no one has bothered to even paint this place  and it looks like maybe the last tenant left in a hurry?

Here's one last shot in the very brief ad, showing, I guess, that there is a proper door, although I guess it has glass in it and someone hung a tapestry over it. 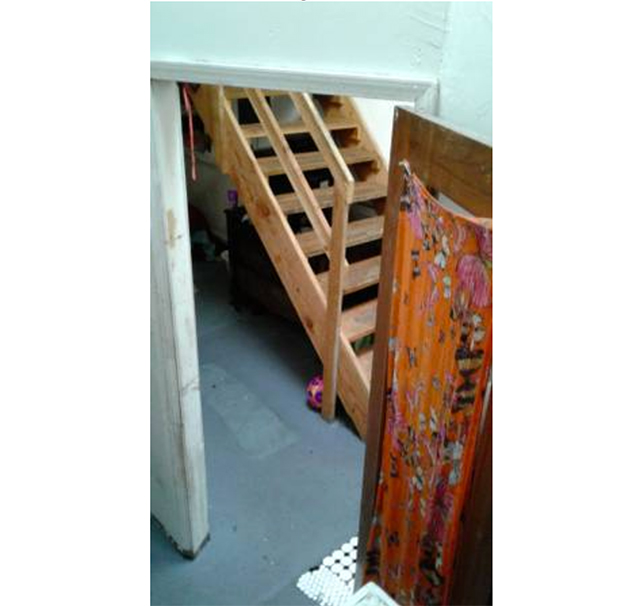 Back to the photo job: The ad describes two rooms, one that is "12×25" and one that is "8x16", with the latter possibly being that loft. So there is no photo of the larger ground-level room. Why? Does it look even worse in there? The photo above appears, teasingly, to have been shot from that second room, looking into the room where the loft is  or is the second room that shadowy area under the loft, blurrily depicted in the first stair photo above, stuffed with junk? Hard to say.

In summation, this is apparently worth $1600, and you'll be doing a lot of ordering in. And something tells me this is not a landlord who can be counted on to make repairs. Good luck! There's an open house today and tomorrow!

Tonight is the opening of Taylor Mac's A 24-Decade History Of Popular Music, being performed at the Curran from start to finish (in four parts on four separate days, separated across two weekends)