If you manage to escape another possible thunderstorm tonight (two in one week, in SF, with every other disaster of last week, definitely feels like End Times), there's a week of fun and educational stuff to check out in the city and nearby. Also, it's going to be another warm weekend, so for god's sake, try to get outside.

LAST CHANCE FOR 'LA CAGE': It's the final week for a very fun and scrappy production of La Cage Aux Folles (review here) at SF Playhouse. The small theater has drawn some top-notch talent for this one, especially that of John Tracy Egan as Albin, and the wigs are not to be missed. SF Playhouse, 450 Post Street 2nd Floor, 7 p.m. $35 and up

PIZZA + COMEDY: Kind of taking up the torch where nearby Lost Weekend Video left off with their comedy "cave," Pizza Hacker is doing a Tuesday comedy night that comes with a $2 discount on pizza, and it's free to attend. SF Weekly has called it the "hottest comedy in the Mission," and you can be the judge yourself if you register here in the next hour or two. Seating is limited, and you only get the discount if your RSVP (for free) there. Pizza Hacker, 3299 Mission Street, 7:30 p.m., free

AVENUE THEATRE NEON UNVEILING: The Portola neighborhood's classic theater sign, for the Avenue Theatre, will shine again with a grand unveiling Wednesday night, thanks to a crowdfunding campaign and efforts by the community to reactivate the vacant space. A restorer was able to figure out the sign's original flashing sequence, the 'hood should be delighted to see the neon glow again. Mayor Lee will be there for the celebration too. Next up: Finding takers for the theater's street-front retail spaces, and a tenant for the main theater space itself. 2650 San Bruno Avenue, 7 p.m. 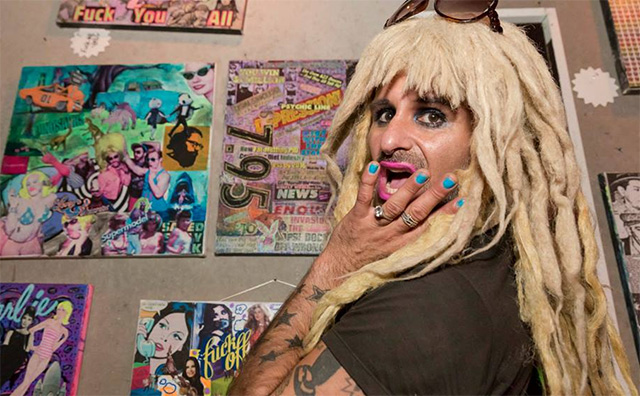 PARTY FOR BUBBLES: One of the late Bubbles's favorite haunts, the club night Housepitality, will be having a vigil, moment of silence, and dance party for Bubbles. The promoters mourn the loss and say, "Aside from when he was being Bubbles in Berlin I don't think he missed a single Housepitality since we opened our doors 7 years ago. Housepitality was probably his favorite party." They add, "Thru and thru we never closed our doors to him during his toughest moments in the rest of the scene." F8, 1192 Folsom Street, 9 p.m., free with RSVP before 10, $10 after

HANDS-ON ITALIAN COOKING CLASS: Ever wish you didn't have to throw out a big stale loaf of bread? That's a problem that heiress to a pasta and chocolate empire Viola Buitoni will be addressing this week at 18 Reasons, in her series on "The Delicious Economy Of Italian Cooking." It's a class all about how to use leftover bread for other dishes, including meatballs, soups, and weeknight pizzas. 18 Reasons, 3674 18th Street, 6 p.m., $85

'AN AMERICAN IN PARIS' STRAIGHT FROM BROADWAY: It's a big week for theater openings in general, and here in town you can see the new touring production of the Broadway hit, An American In Paris, with music by the Gershwins and based on the 1951 film of the same name. Take advantage of the early part of the run, and a non-weekend night, and try for in-person or app-based rush tickets, using the Today Tix app, which are just $40. Otherwise orchestra seats start at $95. Orpheum Theater, 2 p.m. and 8 p.m., $40 and up

MARISKA HARGITAY LIVE: The Law & Order: SVU star has a new documentary called I Am Evidence, inspired by her SVU work, which centers on the untested rape kit backlog in law enforcement, which premieres next year on HBO. This week she appears at City Arts & Lectures in conversation with Mina Kim in a benefit for her Joyful Heart Foundation, whose mission is to transform society’s response to sexual assault, domestic violence and child abuse, and support survivors’ healing. Nourse Theater, 275 Hayes Street, 7:30 p.m. $40-$75 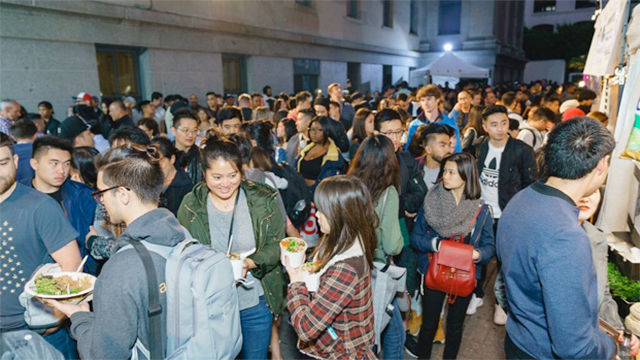 FILIPINO NIGHT MARKET: It's the second outing for Undiscovered SF's Filipino Night Market at the Old Mint. The first one was insanely crowded, so you'd best get a ticket here right away and try to arrive on the early side. Food vendors for this one include acclaimed chef Francis Ang's pop-up Pinoy Heritage, serving Muslim Filipino food; Alchemy (from chefs Ronnie Taylor and '07 Chronicle Rising Star chef Tim Luym), FOB Kitchen, Cross Hatch Eatery, Sariwa, The Coffee Adventure, and Binka Bites.

'MIDSUMMER NIGHT'S DREAM' MEETS CARNIVAL: SF's own African-American Shakespeare Company is putting on a new production of Shakespeare's classic A Midsummer Night's Dream, set during carnival in the twin island nation of Trinidad & Tobago. It's directed by Sherri Young, who's also executive director of the company, with puppets by Scott Ludwig, and apparently a lot of audience interaction. This is the first show of the company's 23rd season, which you can read more about here. Taube Atrium Theater, 401 Van Ness Avenue, 8 p.m., $30 GA

SYMPHONY GALA: Are you rich or are you married to someone rich? Then you may want to consider attending the season opening gala for SF Symphony, which this year features superstar Yo-Yo Ma, and a couple of crowd-pleasers in the program like Bernstein's Overture to Candide (this whole season will be dedicated to highlighting Bernstein, who mentored artistic director Michael Tilson Thomas), and Ravel's Boléro. There are multiple tiers of fancy dinners to attend before the performance as well, in addition to an after-party, but if you're of more modest means you can wait a week and pay just $45 and up for MTT's full tribute to Bernstein, without all the black-tie and gown madness. Davies Symphony Hall, 201 Van Ness Avenue, 8 p.m., $515 (this night only)

EDVARD MUNCH EXHIBIT TOUR: The Edvard Munch exhibition at SFMOMA closes in a few weeks, and this is a chance to take a docent tour and learn more about the work from an expert. The tour is free with admission to the special exhibit, but it fills up way before it starts, and you need to go the Koret Education Center (Floor 2) the day of the tour to sign up ahead of time to make sure you get a spot. SFMOMA, 151 Third Street, 3:30 p.m., free with admission

PRESIDIO PICNIC: Fun for a first or second date or a day of day-drinking with friends, the Off the Grid Presidio Picnic is also guaranteed to be something else on a sunny day: incredibly crowded. If you don't want to spend 30-40 minutes in line for a taco, you'd best arrive right when this thing starts at 11 a.m., so you can fill your tummy, get some beers/wine/cocktails in you, and begin your lounging right around the time that the lines get crazy. Presidio Main Parade Ground Lawn, 11 a.m. to 4 p.m., free