It's tough out there for a Jewish CEO whose online empire has become a potent messaging and organizing tool for neo-Nazis and anti-semites. While the spread of online hate is not unique to just Facebook  YouTube, Twitter, and GoDaddy are wrestling with similar issues  the outbreak of Nazi groups on Facebook is promoting a new batch of Charlottesville-inspired hate rallies here in the Bay Area and nationwide. Facebook founder Mark Zuckerberg responded Wednesday with a preachy post declaring, “With the potential for more rallies, we're watching the situation closely and will take down threats of physical harm.” But that post is accompanied by a Business Insider piece reporting that Facebook had its own internal hate speech problem, with a now-shuttered anonymous company message board that, according to The Verge, “sometimes deteriorated into racist and sexist statements.”

Was Zuckerberg's feel-good pronouncement a PR move in response to the revelation about the message board? The savvy CEO may have been tipped off that the Business Insider article was coming, but it went up almost a full day after Zuck's post. 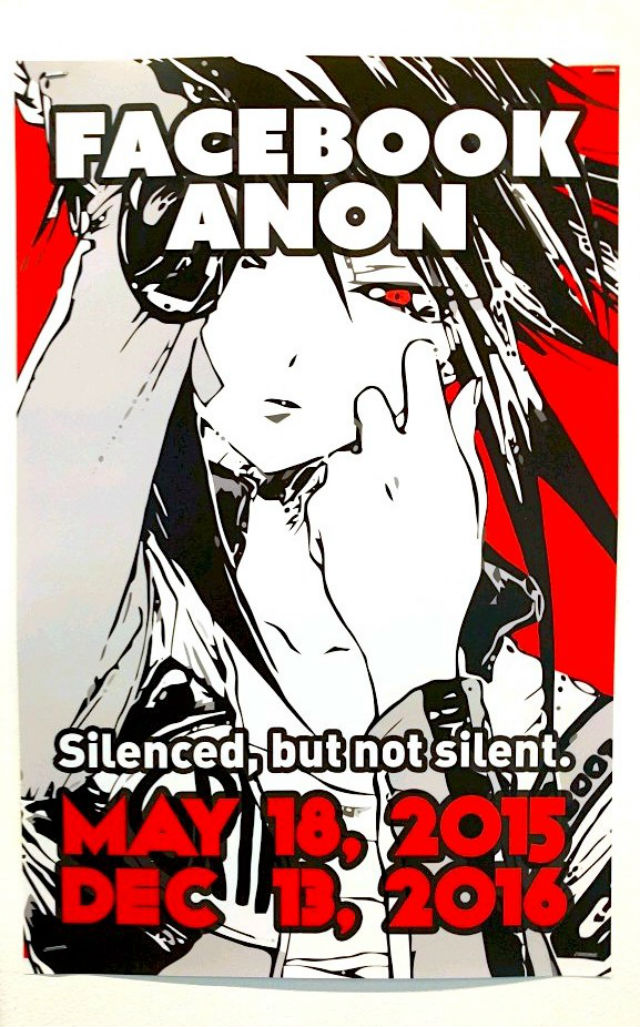 The above image is a protest poster that appeared on the Menlo Park campus after Facebook shut down a Slack-like internal company message board called FB Anon. The internal chat group was intended as a forum for employees to “freely share concerns and opinions about the workplace” without using their real names. Oh, Facebook employees didn’t have to use real names?

The discussion in that forum reportedly got ugly during the Black Lives Matter unrest of early 2016, the same period when Facebook was in hot water because employees were crossing out the phrase ‘Black Lives Matter’ on a company whiteboard. The November election of Donald Trump apparently emboldened the rage within that forum, particularly posts expressing the sentiment that women can’t code.

Facebook shut down the internal messaging group in December 2016, and news of its existence is just surfacing now. Facebook’s ‘head of people’ (yes, that is the actual job title) Lori Goler told Business Insider, “The FB Anon internal Facebook group violated our Terms of Service, which require people who use Facebook (including our employees) to use an authentic identity on our platform. Last year we disabled any anonymous internal groups or pages within Facebook, and reminded our people of the places at our company where they can have discussions about issues that matter to them, openly or confidentially as appropriate.”

This may or may not have led to Zuckerberg’s personal hate speech proclamation. The post is mostly typically bland Zuckspeak that details no concrete action, but does get somewhat personal.

You will notice absolutely no new policy articulated in Zuckerberg’s post, just the inference of some kind of crackdown. But given past Facebook crackdowns, I would not have a Wow reaction if most of the content removed over this was just breastfeeding pictures and exposed nipple shots.

A skateboarder was left with life-threatening injuries Thursday evening, after he was involved in a collision on a San Francisco street. Police say that the incident occurred at 6:49 p.m. Thursday,

I don't think anyone seriously believed Steven Soderbergh in 2013 when he announced, (not for the first time), that he would be retiring from feature films. And, indeed, that retirement ended up being