Your iPhone is a lot less likely to get swiped on Muni than it used to be.

According to the San Francisco Chronicle, new San Francisco Police data says that smartphone robberies in the city are down by half, thanks in large part to the thrillingly named Smartphone Theft Prevention Act (which we've discussed here in years past).

The STPA, which was sponsored by San Francisco District Attorney George "Geo" Gascon and authored by then-State Senator now-Mayoral candidate Mark Leno, went into effect in 2015. It says that all smartphones sold in California must have a "kill switch" to render stolen phones unless. Plus the kill switch is the phone's default setting, meaning that users who'd like thieves to be able to use their stolen phone have to dig around in "Settings" to disable it.

Gascon is psyched about these new numbers, announcing in a press release, "The prevalence of these crimes made it evident early on that enforcement and prosecution were not sufficient tools to reduce the violence on our streets. Because of this hard-fought legislation, stealing a smartphone is no longer worth the trouble, and that means the devices we use every day no longer make us targets for violent crime."

While we're talking numbers, iPhones are by far and away the most popular phones to steal. 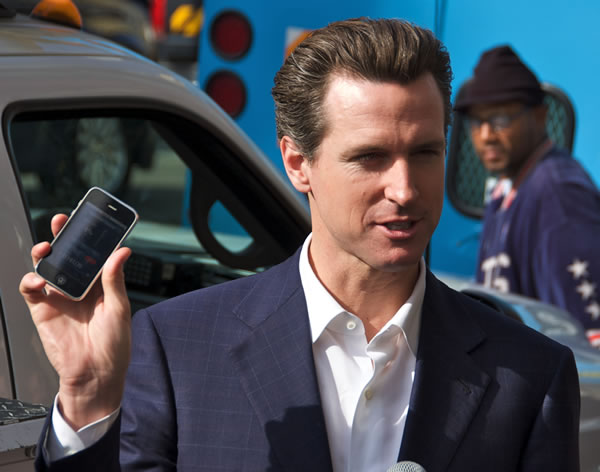 Catch what the New York Times calls "the ultimate environmental piece" and what a New Yorker reviewer calls "one of the most rapturous experiences of my listening life" (!) when John Luther Adams' jazz

In the private photo collection of Charles W. Cushman, recently made available online through the Indiana University Archives, there's a group of photos that were all likely shot in the same month, March

—
'Kill Switch' Cuts SF Smartphone Robberies By Half
Share this