All of San Francisco has been anxiously awaiting the completion of the $1.6 billion Central Subway, and the agonizing construction required to build it. But we're going to have to wait just a little bit longer. Somewhere in heaven, Rose Pak is rolling her eyes.

The San Francisco Examiner brings us the disappointing news that the Central Subway project is projecting a 10-month delay and no one is willing to fess up to exactly why. Again, if Chinatown power broker, Central Subway enthusiast, and low-key world leader Rose Pak were still among the living, it'd already be open.

Catch up on the Central Subway drama with all of our previous coverage.

Basically, the Ex reports, the Central Subway is behind schedule because the construction contractor, Tutor Perini and the San Francisco Municipal Transportation Agency are locked in a blame-game mediation. Tutor claims that the SFMTA changed part of the Central Subway's design late in the game, while the SFMTA alleges that Tutor is behind because they submitted a bunch of paperwork late. 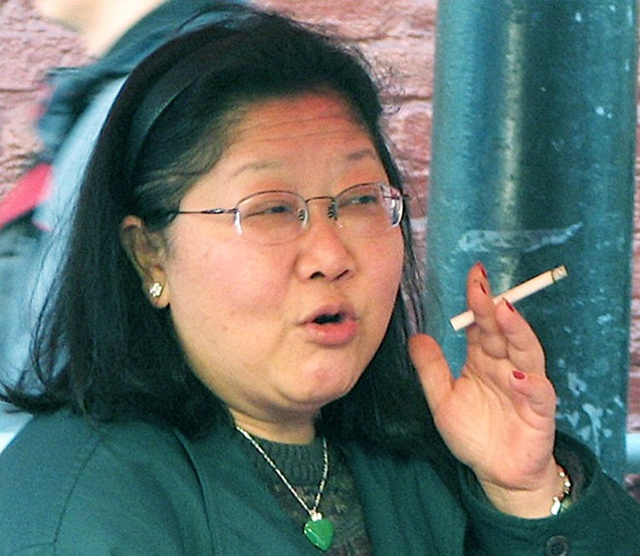 The 10-month delay could be cut down, at least by a few months, if the SFMTA and/or Tutor forked over some additional money for extra man hours and everyone hustled their bustles. "I think it's going to be a difficult task to make up 10 months, but we're trying," Central Subway Program Director John Fungi told the Ex.

While a bunch of hard hats argue over who screwed up some pieces of paper, businesses are suffering because a bunch of jack-hammers are blocking their entrances, and everyone else is suffering because construction results in road closures and traffic delays and loud noise and dust. Construction on the Central Subway began in 1783 2012 and was expected to be completed on December 26, 2018. As of the most recent Project Management Oversight Committee monthly report on San Francisco's albatross, the Central Subway will open on or around November 14, 2019.

On the plus side, even if Tutor Perini sues the City and County of San Francisco over costs associated with delays, the Central Subway project will still come in under budget because the budget's surplus fund actually saved money for lawsuits.

If and when it is ever completed, the Central Subway will connect Chinatown with BART and a network of Muni subways. It will also solve world hunger and cure cancer.

Related: Video: Check Out The Progress On The Central Subway

Without yet concluding that the massive Oakland construction fire on Friday morning was the result of arson, the federal Bureau of Alcohol, Tobacco and Firearms (ATF) is now offering a reward of $110,

Retired Muni worker Zigfried 'Ziggy' Stuhl will admit to being a daredevil, and at age 85 he's not done with his stunts. ABC 7 was on hand to capture him flying down California

—
Central Subway Is Almost A Year Behind Schedule
Share this