The Sausage Factory, a charmingly dive-y institution in the Castro serving up red-sauce Italian dishes and over-flowing iceberg lettuce salads for nearly 50 years now, is under threat of closure as the building where it's lived all this time has hit the market for $4.1 million. The Bay Area Reporter spotted the real estate ad on Redfin, which indicates that the 2,500-square-foot retail space on the ground floor "will be delivered vacant."

The ad mentions the three- and four-bedroom residential units above the restaurant at 517 Castro Street  one of which, nicknamed Grand Central, has been a hub of Radical Faeries for many years, some of whom have been fearing imminent eviction on social media.

Jessie Oliver Sanford, a resident of one of the upstairs units and a past board member of SF Pride, says he's been reaching out to non-profits such as the SF Community Land Trust for potential buyers who might want to turn the building into permanent affordable housing for queer artists and activists who might otherwise not be able to maintain a foothold in this neighborhood. But, he says, he fears that a trend in the neighborhood involving an exception that's allowed for duplex buildings like this one might mean that he and the other tenants could be more quickly evicted and the two existing units turned into condos under a new owner. In either case, he says, the Sausage Factory is "probably doomed."

"This is a unique opportunity for investors to acquire a mixed use asset with strong upside potential in a fabulous location," says the ad, which was listed by Santino DeRose of DeRose & Appelbaum Commercial Real Estate Services.

The owner appears to be looking to sell this prime retail location to an investor who will want to get a higher paying tenant in the ground-floor space. 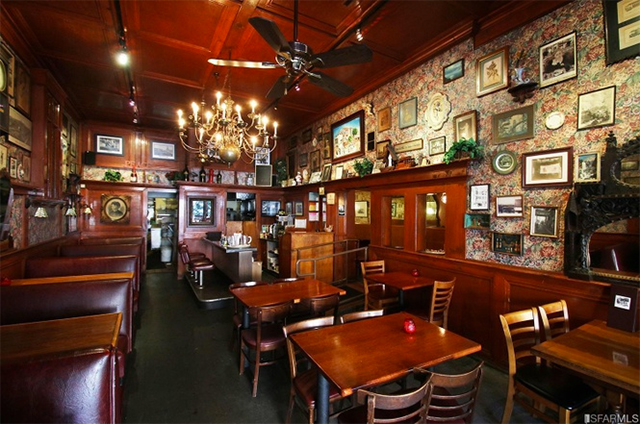 Open since 1968, the restaurant has been operated by the same family, the Azzolinos, since 1972, and they apparently own the building as well  so, clearly, if they want out of the restaurant business, they weren't seeking Legacy Business status. As they explain on the website (and lest you think the name is a cheeky gay reference), "The name derives from the actual sausage factory that held this location until the 1940's. In our back bar and banquet room, you can still see the original meat racks and the massive black iron doors that enclosed the sausage-smoke rooms."

The archival photo below shows the former Pork Store & Delicatessen at the right, where the Sausage Factory now lives. 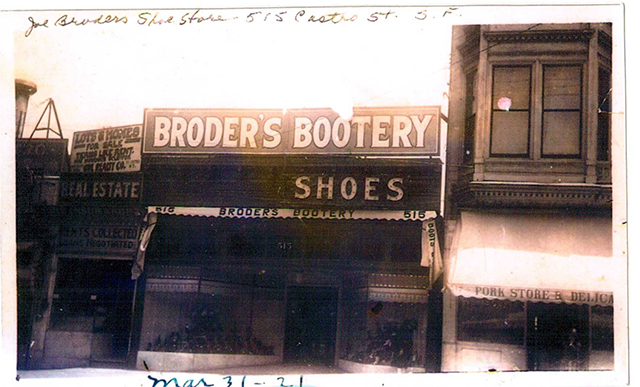 Legendarily in the neighborhood there's a working jukebox in what's now the private banquet room in the back of the restaurant that's been untouched, music-wise, since the late 1970s.

The restaurant remains a popular neighborhood spot, particularly in a time when this style of Italian restaurant, with a five-page menu and every variety of "parmigiana" you can imagine, is a dying breed.

The Facebook group Preserving LGBT Historic Sites in California laments the news about the possible loss of the Sausage Factory, and they note that the place was "a favorite post-rehearsal hangout for members of the SFGMC - The San Francisco Gay Men's Chorus" in the 1980s.

As sure as the sun rises every Sunday and Monday morning, the sun will greet a completely trashed Dolores Park landscape following any warm weekend afternoon. Park revelers have been leaving hundreds of

San Jose school evacuated after the discovery of a backpack containing a bottle of liquid labeled "Nitroglycerin." [NBC Bay Area] UC's Board of Regents approved its first ever enrollment cap on nonresident undergraduates.