During an initiation for the California State University, Chico chapter of the Pi Kappa Alpha fraternity, popped collar marketing majors allegedly chopped down (a.k.a. murdered) 32 trees in Lassen National Forest this past April. According to ABC 7, the United States Forest Service has filed criminal charges against the fraternity, namely chapter president Evan Jossey.

ABC also reports that the big wigs at Pi Kappa Alpha have suspended the chapter "pending the outcome of the federal investigation." Oooohhhhhhhh.

According to his Facebook page, Jossey is originally from the Bay Area town of Pleasant Hill. Jossey's FB includes several photos of the Pi Kaps (I'm assuming this is what they are called. I was a virgin in college.) It appears the fraternity's motto is "Scholars, Leaders, Athletes, Gentlemen."

Nowhere does it mention lumberjacks. Also, "scholars" at Chico. LOL. 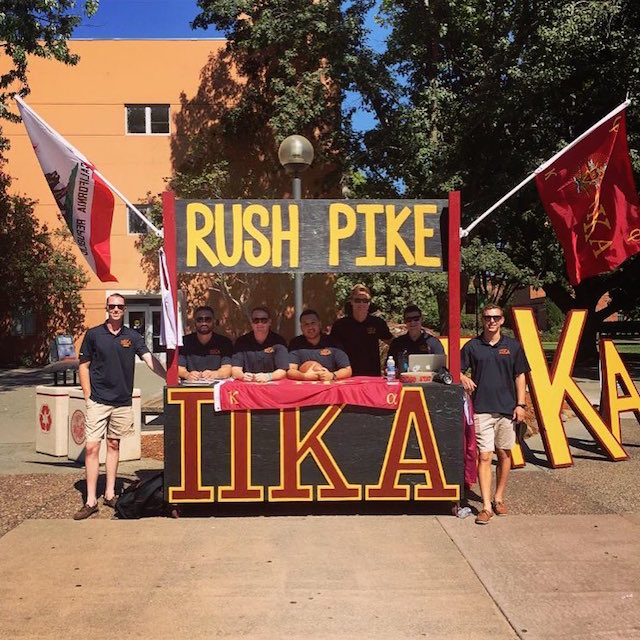 The Chico chapter of the Pi Kaps doesn't have a frat house, at least according to KPIX 5. Maybe they were trying to build one. The fraternity men deny the claims on their Facebook page, offering the following:

The Lambda Psi Chapter of the Pi Kappa Alpha International Fraternity denies the accusations of vandalism at a national forest. The Chapter has filed a police report regarding the individual making these claims. Additionally, we are cooperating with authorities in their investigation. We have concerns for the safety of our members after receiving threats against Chapter following this accusation and have notified the local police regarding these threats.

They filed a police report agains the person who told on them? Also according to their Facebook, the men of Pi Kappa Alpha raise money for Girls on the Run, "a non-profit organization who's goal is to educate young women on a healthy lifestyle."

Of all the things these frat boys could raise money for, they chose to help chicks stay bang-able. (No shade to Girls on the Run. Get it girls!) 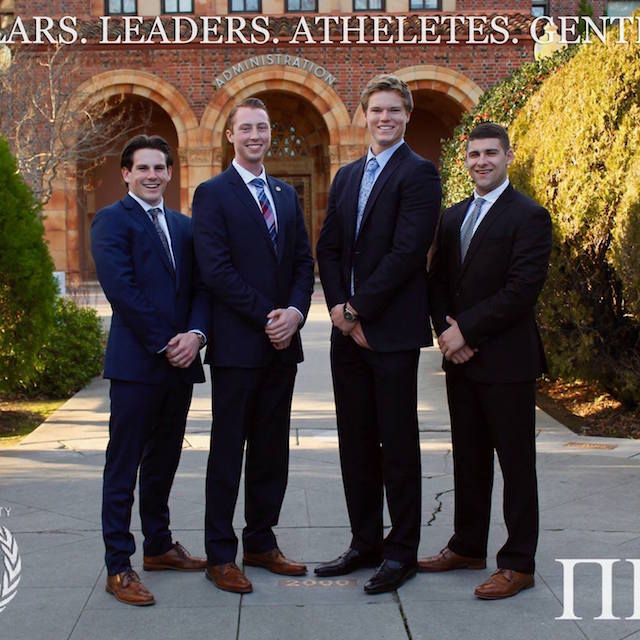 Jossey is second from the left. In the pastel plaid tie. (Facebook)

KRON 4 reports that this is the second time a bunch of "Southern Charm" cast wannabes have destroyed part of a California park. A year ago, approximately 1,000 University of Oregon fraternity and sorority members left a half-mile trail of trash around Lake Shasta.

The men of Chico's Pi Kappa Alpha deny the charges. The 32 affected trees were unavailable for comment because they are dead forever.

How many trees had to die for this dumb booth? (Facebook)

An underground utility vault, the kind that occasionally explodes and sends a manhole cover flying, exploded this morning at 9:40 a.m. at the intersection of Mason and Cyril Magnin Streets, near

As sure as the sun rises every Sunday and Monday morning, the sun will greet a completely trashed Dolores Park landscape following any warm weekend afternoon. Park revelers have been leaving hundreds of