A Central Valley sheriff organized an air-drop of two tons of hay for the 30 cows stranded on an island in the Merced River. The breeding cows are stuck due to to the faster and colder than normal waters of the river, flowing with the rapidly-melting snowpack of the Sierra Nevada mountains. The water is so swift, it's impossible for the ranchers who raise the cows to access the island on horseback or four-wheel drive vehicle.

According to the National Weather Service, the river will probably reach flood stage for a second-straight night in a row tonight. Hopefully this weekend's colder weather will slow the melting snow and resulting flooding. But still, stranded cows!

Since getting stranded, authorities estimate that each cow has lost about 300 pounds. Merced County Sheriff Vern Warnke  who wears a cowboy hat, sports a handlebar mustache, and is named Verne  has made it his wonderful mission to help the cows. 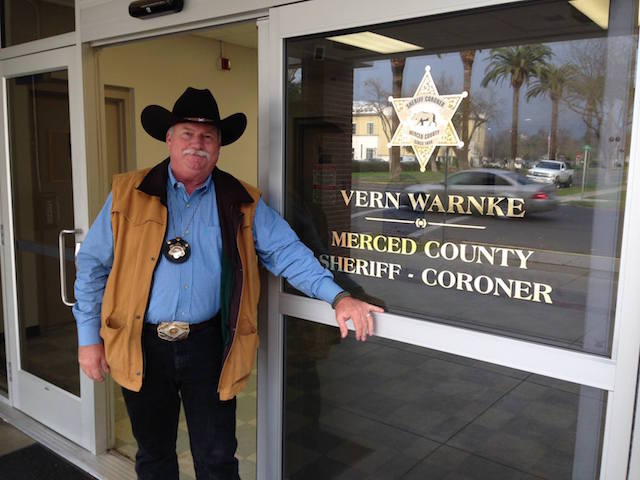 Warnke and his colleagues used the county's Huey helicopter to drop hay to the hungry cows. He and his team plan to airlift an additional 1,110 pounds of hay as soon as possible. Explained Warnke, "Whatever we can do to help, we're gonna."

It's up to nature as to when the cows can make their way to the safety of dry land. In the meantime, Sheriff Warnke is standing watch. Cowboy, take me away!

Related: Trip Out On These Breathtaking Yosemite Melting-Snowpack Waterfall Videos

More and more it seems going to the movies has become a special-occasion thing for a lot of people, and Hollywood obviously struggles every year to come up with reasons to get us

It looks like relations have warmed between Jeff Bezos and Tim Cook, and Amazon and Apple have reportedly reached a truce in their two-year-long cold war over Apple TV and Amazon Prime content.