The clock is ticking for drinks at the current Doc's Clock: According to a Facebook post from the bar's ownership, it closes "around the end of May." Last year, it was originally reported that the legacy bar would be closing altogether. That wasn't so: Though a new owner of the bar's building at 2575 Mission Street didn't renew its lease, they have secured a new space at 2417 Mission Street, just a block down. 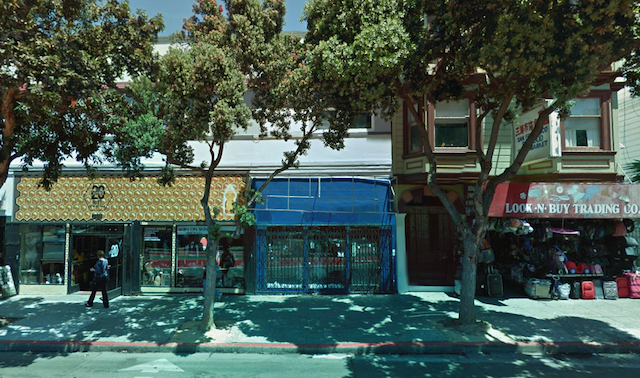 That means Doc's 60-year reign at its current digs is coming to an end, but they're building out a bar space within stumbling distance of the old one, and honestly, some sloshed regulars won't be able to tell the difference.

That said, Inside Scoop discovered that one important item from Doc's — its memorable sign — may not be making the move. The new owner of the soon-to-be former Doc's building tells the paper she'll merge the Doc's space with the adjacent storefront, which she also owns, and might want to keep the sign, which is obviously a point of contention.

Previously: Facing Loss Of Lease, Doc's Clock To Move Down The Street

Screenshot of the future location of Doc's via Google.

Jumping on the opportunity to legislate around a viral story pertaining to air travel, newly seated District 8 Supervisor Jeff Sheehy has asked the San Francisco City Attorney's office to draft legislation that

—
Time's Up At Current Doc's Clock Location Next Month
Share this