Longtime San Francisco resident Meri Jaye, 96, has been squabbling with her neighbors over the fate of a 100-foot-tall redwood tree that she planted next her house along Lombard Street in 1962. These neighbors say they're concerned about the tree's branches falling and hurting their children, or the tree itself falling over, but Jaye has dismissed these claims, saying that the tree is healthy and is likely to live for another thousand years, or more. On Friday, Jaye won her fight to get the city's Urban Forestry Council to grant landmark status to the 55-year-old tree, and she dropped a zinger to ABC 7 on the way out of the meeting, regarding the neighbors who have been fighting against her, "They were newcomers. Probably from out of state and do not know the redwood forest."

Jaye planted the tree as a sapling in 1962 as a memorial for her husband and two children, who all died in a tragic airplane accident. As the Peninsula Press recounts, Jaye said during the initial hearing over the tree in October, "My husband proposed marriage to me in Muir Woods. When I lost my husband and my children, I wanted a memorial that would mean the strength that I needed to carry on." 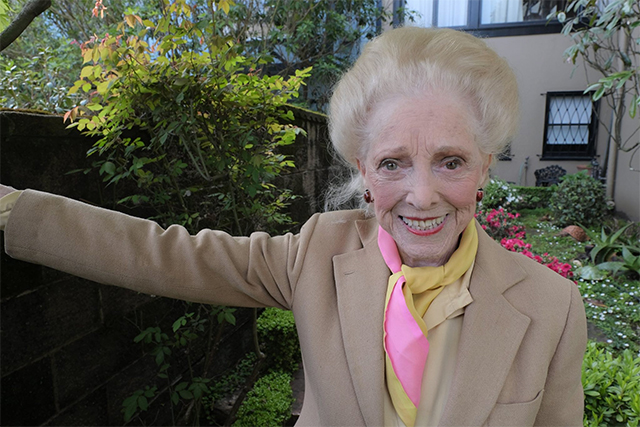 Jaye has lived in her home at 4 Montclair Terrace, just off Lombard, all these years, and has watched the tree grow into the towering thing it is now. And when she went to apply for landmark status for it last fall  something that only 18 other trees in the city have  she was quickly opposed by two neighborhood groups, the Montclair Terrace Association and the Lombard Hill Improvement Association.

Neighbor Heidi Bioski reportedly gave tearful testimony at the October hearing, citing the case of the woman who was permanently paralyzed when a 100-pound tree branch fell on her in Washington Square Park last August. Bioski said, per the Peninsula Press, "The branches are huge and if the branches were to fall on my child is that worth it? Is that worth anything? I don’t know why we would look to preserve a tree over a child."

Jaye dismisses all this saying that all the neighbors knew about the tree when they moved into the neighborhood, and mostly they're just fighting because they want their views to be less obstructed.

The Urban Forestry Council voted unanimously to landmark the tree, which, if approved by the Board of Supervisors, will make it illegal to alter or cut down the tree in the future.

Now Jaye and her neighbors can go back to fighting for a cause they can all agree on: getting rid of the tourists driving down Lombard's crooked section. It's something Jaye has been advocating for decades, as evidenced by this 1987 New York Times article in which she was quoted, saying, "This has become a carnival, a Coney Island, rather than a neighborhood where we can welcome all the visitors.''

Previously: It Took Nine People And $110K To Come Up With Toll Idea For Lombard Street

Driverless Uber vehicles were back on the streets of San Francisco this morning, the company confirmed to Reuters, after an exceedingly brief hiatus here and in other the testing cities of Tempe and

Everyone is pretty much required to have a side-hustle these days, and V16, the latest sushi restaurant to occupy the northeast corner of 16th and Valencia, is no exception. With four stars on