In a rare occurrence for an appeals court hearing on a major case, a three-judge panel of the Ninth Circuit today will be hearing oral arguments by phone in State of Washington v. Trump, as the New York Times reports, and the call will be live-streamed here at 3 p.m. PT in what will surely be a test of the robustness of the court's website and the servers on which it lives.

As discussed on Monday, dozens of amicus briefs and declarations have been filed in the case, which can all be seen here, including a strongly worded one from current and former diplomats and national security advisors like John Kerry and Madeline Albright, and one signed by nearly 100 major US companies, all urging the court to reject the Trump administration's appeal. The case sets the stage for a Supreme Court ruling on the constitutionality of the travel ban itself, and the extent of the executive branch's power in enacting such an order  with all of the anti-Muslim implications it brings with it going up against the administration's claim that it is necessary for national security.

Press Secretary Sean Spicer gave a press briefing today ahead of the hearing clarifying that the hearing is not on the merits of the case itself, but simply about Judge James Robart's Friday restraining order, and whether it is causing irreparable harm and deserves to be stayed.

"The law is crystal clear on this," @PressSec says of Pres. Trump's travel ban ahead of Ninth Circuit hearing https://t.co/Okz2bwUl4f pic.twitter.com/IrttpWbBaE

The San Francisco Chronicle today talks about the three Ninth Circuit judges who will be hearing the case today. Below we bring you some brief profiles of them and their notable work. 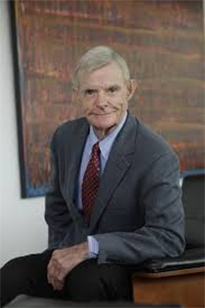 Judge William C. Canby, Jr., 85, is a senior judge on the circuit with chambers in Phoenix, having been a law professor at the University of Arizona before his appointment to the court by President Jimmy Carter in 1980. He is a known authority on American Indian law and wrote a book on it, and assumed senior status at the court in 1996, taking a limited caseload, but notably in 2001 he ruled in favor of disabled professional golfer Casey Martin being allowed to use a golf cart in tournaments. 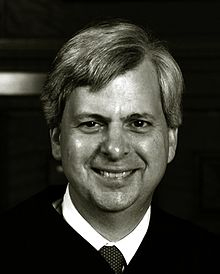 Judge Richard Clifton, 65, has served on the court since being nominated by George W. Bush and confirmed in 2002. He assumed senior status on December 31 of last year, and was in private practice in Honolulu prior to his appointment. As Wikipedia notes, among his notable decisions was to uphold the imprisonment of SF journalist Josh Wolf, targeted by federal authorities after he video recorded footage of anti-G8 anarchist vandalism in the city in 2005 and refused to testify about it or turn over his recordings. As the Recorder noted upon his appointment, Clifton's lack of a judicial record helped his confirmation, as well as the fact that he "pull[ed] off the not-easy feat of becoming a well-liked Republican in Democrat-dominated Hawaii." He is the only judge on the Ninth Circuit to keep chambers in Honolulu. 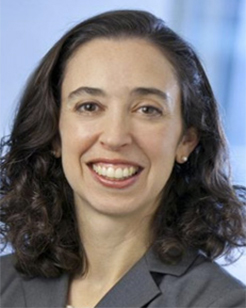 Judge Michelle Friedland, 44, was nominated by President Obama in 2013, and as SFist noted at the time, she's a Berkeley native who graduated Stanford Law School in 2000 and clerked for Supreme Court Justice Sandra Day O'Connor. She was a 2013 recipient of the President’s Pro Bono Service Award for her active pro bono law practice in San Francisco. Heavy.com provides a perhaps telling quote from Friedland's 2014 confirmation hearing, in which she said, "The Constitution gives federal elected officials the authority to make the policy choices necessary to the legislative process, including on questions about how to improve people’s lives. It is federal courts’ role then to apply the laws as written, without questioning the policy choices made by elected officials."

A man crossing a San Francisco street was seriously injured Monday, when a driver struck him then sped away from the scene. Police say that the 77-year-old male pedestrian was crossing near the

A mugger in a Mercedes robbed at least two victims Monday during an evening shakedown in the Mission. According to the San Francisco Police Department, the male victims (aged 36 and 30) were